5 Exotic Pet Mammals That Are Good For Kids

Which exotic pets are good for children? This question can never have a simple answer because everything with depend on the maturity level of the child, whether or not the parents are willing to step in when needed, and how tolerant the animal is with frequent human interaction. In fact, a better title for this article is exotic pets that could be good pets for kids. It is important to understand that this article is not ‘promoting’ any of these animals as pets and your decision should be based on whether or not the animal is suitable for your specific situation.

There are many things to take into consideration when getting a pet for a young person. Are you willing to accept the risk that your child might get bitten? Can your child understand that animals can become stressed in certain situations, or that some actually require more interaction and shouldn’t be left in the cage for long periods if the owner gets bored of them? How long is the pet’s lifespan and is the child planning on leaving for college in the future? Most exotic pets are considered to be harder to care for than ‘traditional’ pets.

The term exotic pet refers to animals that are uncommonly owned, and what species qualify can be subjective. Rabbits and hamsters are relatively common pets but aren’t as prominent as dogs and cats, so veterinarians often refer to them as ‘exotic’. On this list are animals that are considered to be only slightly ‘exotic’ and are legal in most states and cities. 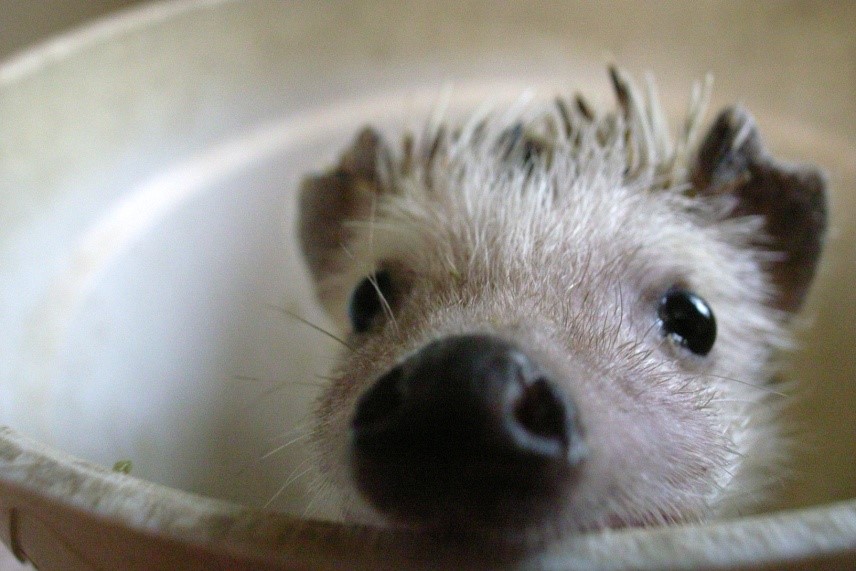 “THE HEDGEHOG” by yoppy is licensed under CC BY 2.0

Hedgehogs make fascinating pets for children because of their resemblance to porcupines (which they are not related to) and overall uniqueness. The origin of this species is somewhat disputed, with some saying they are a hybrid species, but they are certainly domesticated and are unique from the hedgehogs you would find in the wild. While they can be docile, they still require socialization to be comfortable around humans and not defensively roll up into a ball, jerking their bodies in an attempt to stick those whom they are threatened by. Hedgehogs are a pet that will require frequent cleaning, as they tend to have poor bathroom habits and won’t consistently use a litter box. Hedgehogs can have younger owners that are attentive and responsible.

Many ferret relatives such mink, weasels and mongooses are high-maintenance and capable of causing significant injury in captivity, but the popular domesticated ferret makes an excellent pet. Children are easily entertained by their playful antics and extremely flexible bodies. Ferrets in return enjoy playing with humans to a high degree. There are a few traits of ferrets to consider before getting one for a child however, and providing the proper cage will increase the chance of a great relationship between pet and owner.

Ferrets love to ‘play nip’ and can bite if they are treated too roughly. If you get your child a ferret, be aware that nipping is likely to happen at least occasionally and will need to be trained out of them. Particularly with children, ferrets should have a large cage where they can get their energy out, so there is less reliance for the animal to play out of the cage where they can become rather mischievous. Ferrets should preferably be housed with a cage mate and be sure to ‘ferret-proof’ the room where they will be roaming. Also be aware that ferrets have a musky odor. 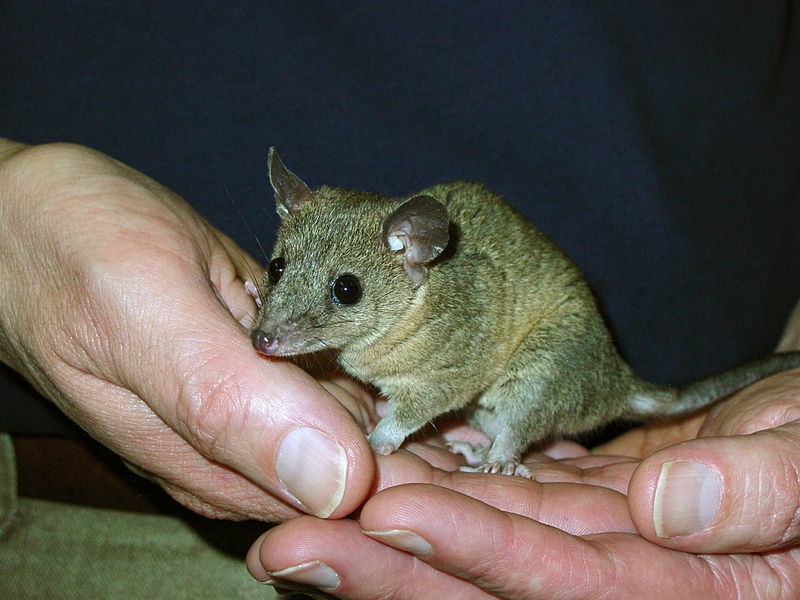 Short-tailed opossums are rising in popularity in the exotic pet world. These small animals may seem like rodents, but they are actually marsupials, more closely related to kangaroos and Tasmanian devils. Due to their small size, it is easier to house these small animals comfortably. For a child, these animals can make great observation pets and can be handled occasionally. As they are solitary, should your child lose interest in interacting with one it will not be detrimental to the animal. These animals are nocturnal, which is a drawback for children, but an understanding child can handle the animal in the later hours of the day. 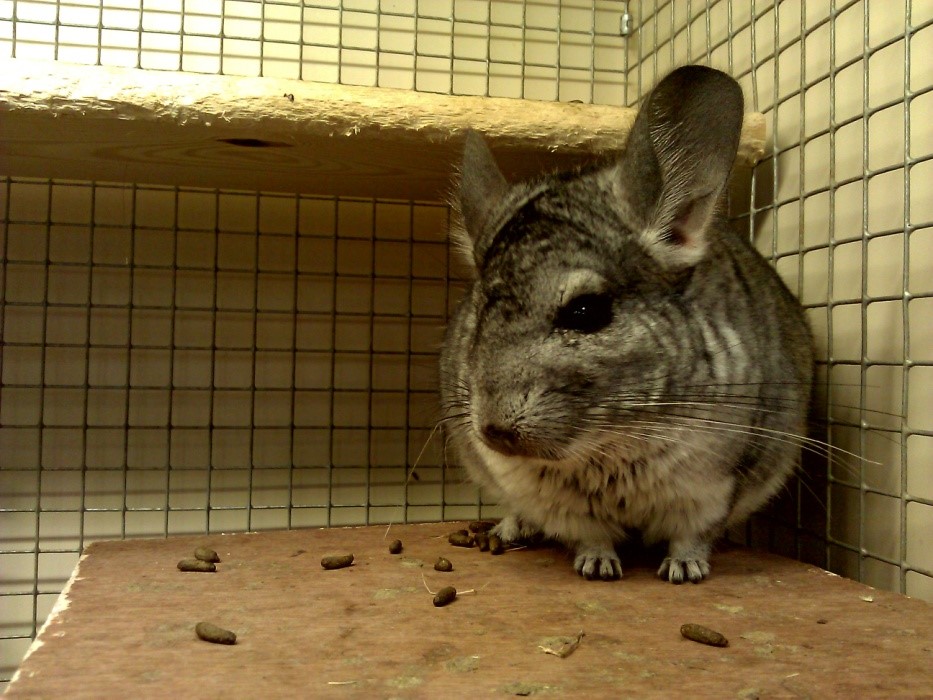 “Shy little Chinchilla” by Su--May is licensed under CC BY 2.0

Children are often in awe of the extremely fluffy coats that chinchillas have. These South American rodents are much smaller than they appear, but their extremely dense fur of about 80 hairs per follicle gives them a wider appearance. Chinchillas in the pet trade are domesticated and look different from those which you would find in the wild. Children will be amused at how they take baths in special dust to keep clean. Unless the parent will be providing a lot of supervision and initiating the taming process, chinchillas are recommended for older children that can be taught the slow movements necessary to interact with this relatively high-strung animal. Chinchillas kept in a spacious cage can be relatively low-maintenance pets. Owning more than one chinchilla can reduce the need to interact with them. Be aware that they are very long-lived for a rodent, up to 20 years. 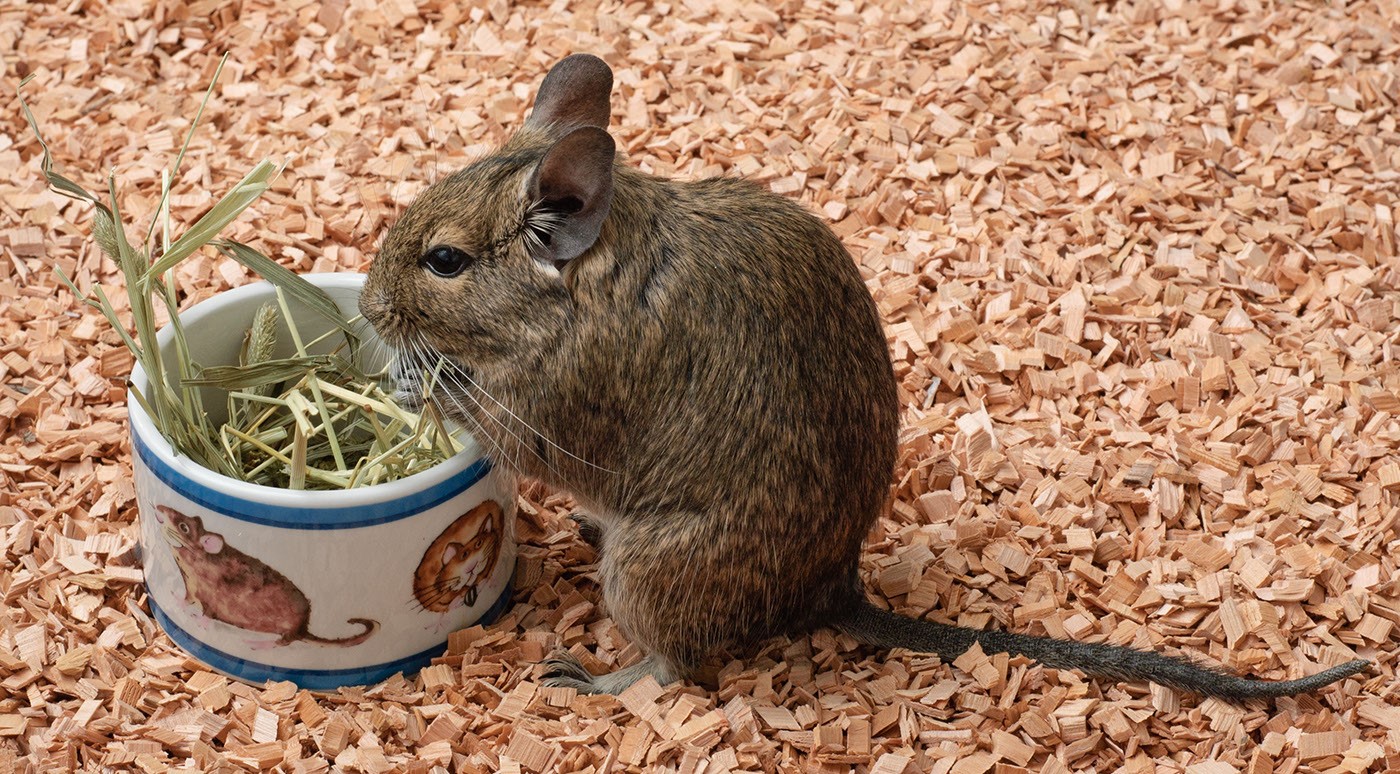 These animals have a strange name but look like pets that everyone is familiar with. Despite resembling large gerbils, these rodents, which are endemic to Chile, are more closely related to chinchillas and guinea pigs. They are more popular in the UK but uncommonly sold in the United States, despite being easy to breed in captivity. These energetic animals are social and prefer to be housed with other degus, unlike some of the other animals on this list; however males should not be housed together. These animals will require frequent handling with food rewards for taming purposes. Degus are recommended for mainly older children because they will require some understanding of their socialization needs to remain tolerant of human handling.