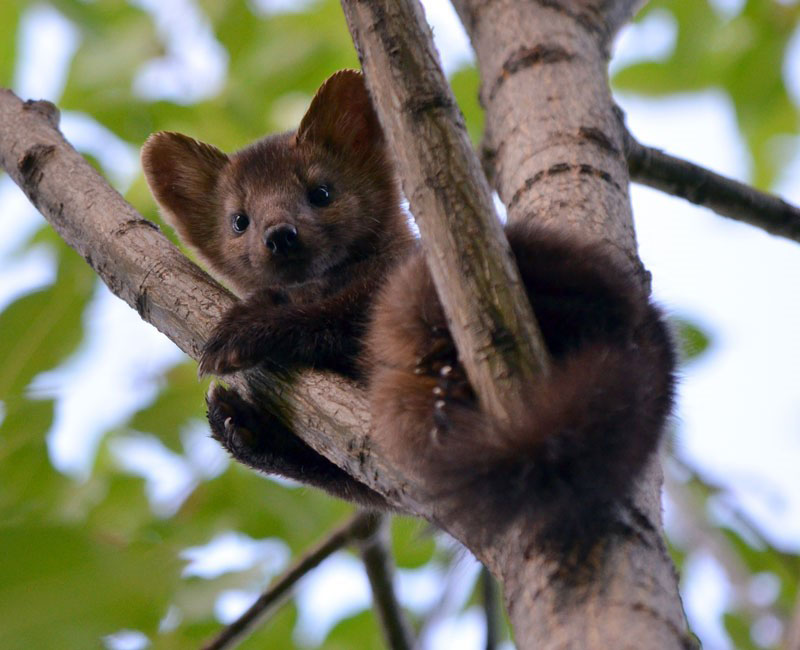 The world of uncommon pets can be exciting and confusing to newcomers who previously believed that exotic animals could only be seen in zoos and are probably illegal for ‘normal’ people to own as pets. Once they get a glimpse of some of the species that can actually be legally owned in some states, they then may think that nearly any animal can be kept as a pet.

This is only partially true; while even some rare and endangered animals could be readily available in the pet trade, other somewhat common animals may not be for various reasons. Sables are an animal of recent interest that some may wonder if they make good pets, or if they are even obtainable.

What is a sable?

While the word sable can also be used as an informal term that describes a black coat type in some animals like cats and rabbits, the animal is a species of marten. Appearance-wise, the sable, which is widespread in Siberia and occurs in six countries (Russia, Mongolia, China, North Korea, Japan, and Kazakhstan [8]) looks adorable and friendly, resembling a fox or cat-like ferret with extra fur.

Sables are actually members of the weasel family which are known as mustelids, which includes some aggressive and potentially dangerous animals such as the American mink and wolverines, but it also includes the commonly kept domesticated ferrets, which by most lay person’s standards make excellent pets.

Like other mustelids, sables mostly consume animals, predominately preying on small mammals like voles and shrews as well as insects, fish, reptiles, crustaceans and birds in the wild [3][9], but they are also omnivorous, and like their close relative the Japanese marten, they consume fruits and berries when it is available throughout springtime, summer, and fall [11][9]. 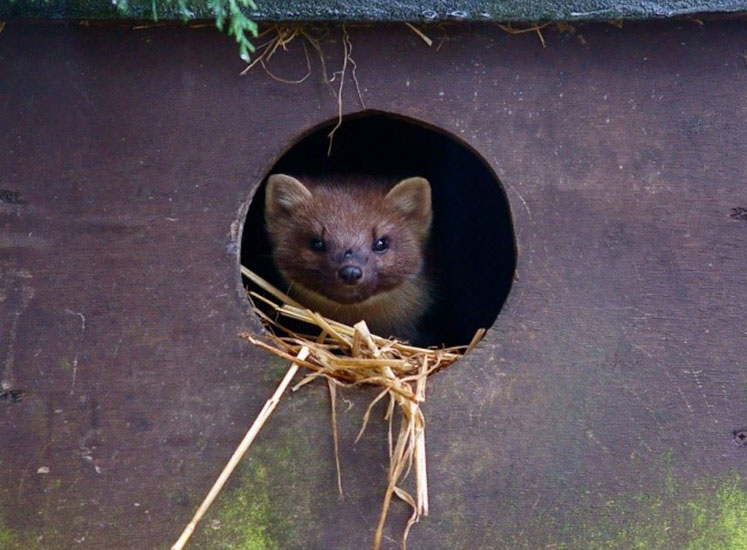 The European pine marten (Martes martes) is one of their close relatives that has expanded into the natural range of sables and in some cases produces sterile hybrids with them called kidus [6].

In Russia, Finland, and other European countries, domesticated sables, also referred to as Russian sables, are common in zoos and breeding farms and are specially bred for the purposes of producing fur. There are even two recognized breeds of sable [1].

Sable breeding began in 1927, at first unsuccessfully given their unusual rutting and gestation times, and successfully in 1931, when the first babies were produced. Commercial breeding of these animals for their popular pelts subsequently began in 1933 [8]. This breeding for fur-production purposes occurred much later than other fur farm animals like foxes and mink [1]. In 2011, there were a total of nine fur farms breeding sables [5] which helped to reduce the pressure towards wild populations.

Due to its prolific use as a fur bearer, sables are well-studied in those European areas [8], but the animal is little-known in the United States. Little or no sables have been owned as pets in the U.S.

Should someone want to keep a pet sable, either finding someone to import the animal from Europe, or importing it themselves, may be required. The animals are listed as least concern by the International Union for Conservation of Nature, and while they face threats from logging and commercial hunting, they have a widespread distribution and large population size which should prevent them from reaching a threatened status [8]. Therefore, they should be suitable for importation and breeding programs in the United States.

However, there is at least one United States breeder of the pine marten, which may have similar care to sables.

In the areas where these mustelids are farmed, sables can even be considered to be domesticated. Domestication for animals in fur farms, however, does not mean the same thing as it does for animals that have been domesticated as pets, like dogs. Unsurprisingly, since sables are rarely, if ever kept as pets in the United States, there is scant information available on their captive husbandry in a traditional pet setting, so a potential owner would have to refer to the information available from fur farmers in Russia, being aware that their rearing methods are not meant for the long-term.

Their close relatives the pine or American marten produce odors that are only weakly perceptible to humans, despite their close relation to odiferous mammals including skunks [2]. Sables do have scent glands on the posterior abdomen that are used to mark their territory and communicate [8], so depending on the intensity of the odor, this could be the deciding factor for their suitability as house pets.

Captive martens within the fur trade have been described as curious and somewhat easy to tame to the point that they could be easy to trap [7]. Captive sables tend to be most active in the evening hours to nighttime [8].

Based on the small amount of information available, sables could potentially make good pets should any be imported in the future. Their relatives the pine marten are also worth looking into for those determined to own a marten, as long as they are aware of the potential for exotic mustelids to have an undesirable temperament, possible odor, and high energy and enrichment demands. They also likely require very large enclosures designed for arboreal species [4]. As pine martens are native to the United States, they will likely be a controlled and illegal species in most states.