Which exotic pets don't smell? Technically, there is no such thing as a truly odor-free animal, but to the inferior nose (when compared to a lot of mammals) of a human being, there are some animals that may seem to have almost no unpleasant scent. Of course, there are two ways to judge an animals' level of offensiveness; there's how the actual animal's body smells itself, any particular sprays or pheromones they may emit at certain times, and the animal's waste. Some animals have a pretty neutral scent but very smelly feces or urine, while some species have constant body odor such as New World porcupines and ferrets. The following is a list of some species that don't have a noticeable body odor or terribly smelly enclosures, provided, of course, that the owner keeps the environment clean with general maintenance. 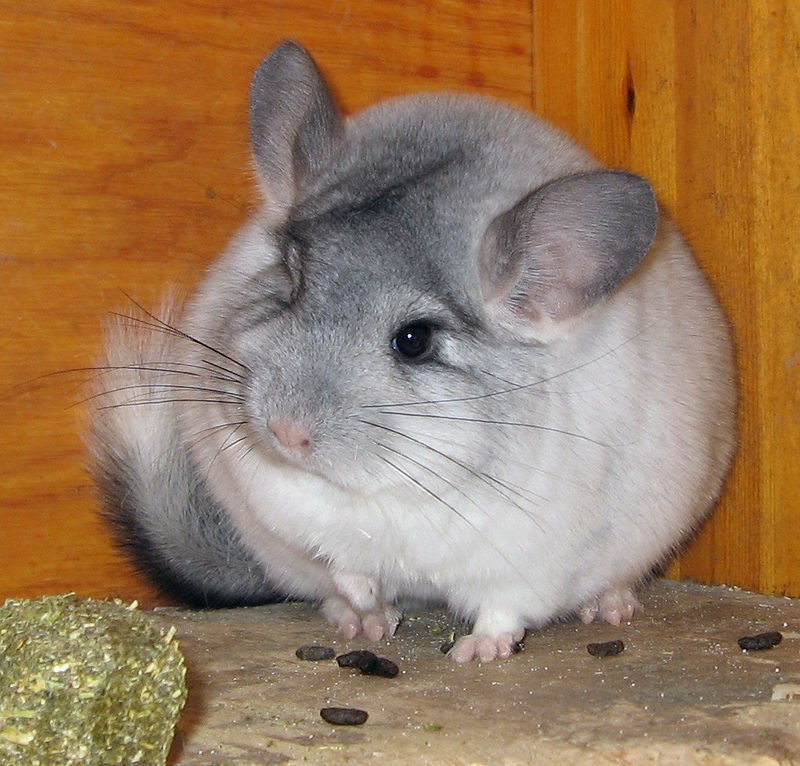 If you're looking for a semi-cuddly (with consistent taming techniques), adorable, and non-smelly pet, you can't really go wrong with a chinchilla. These incredibly fluffy rodents originate from the Andes Mountains in South America, and their enclosure requirements are not enormous relative to their size. They are considered by most of their owners to be odor-free, and only smell if they have a health problem. If a pet chinchilla does smell, there could be an issue such as a tooth infection or serious gastrointestinal problem. These relatively neat animals will pee in a litter box, making their cleaning easy. Like most small rodents, they poop frequently, but their droppings are small and dry, causing little odor unless allowed to accumulate with no maintenance. The way chinchillas keep their luxurious coat clean and odor-free is one of the joys of owning the animal. They will frequently take dust baths in special ‘chinchilla dust' that is sold specially for them.

Unfortunately, these unusual rodents are rare in the United States pet trade and even in nations where their importation hasn't been banned due to a monkey pox scare in 2003 where the springhares weren't even indentified as carriers of the virus. If you can get your hands on one of these special creatures, you will find that their body is odor free and their droppings just have a mild scent if allowed to accumulate. 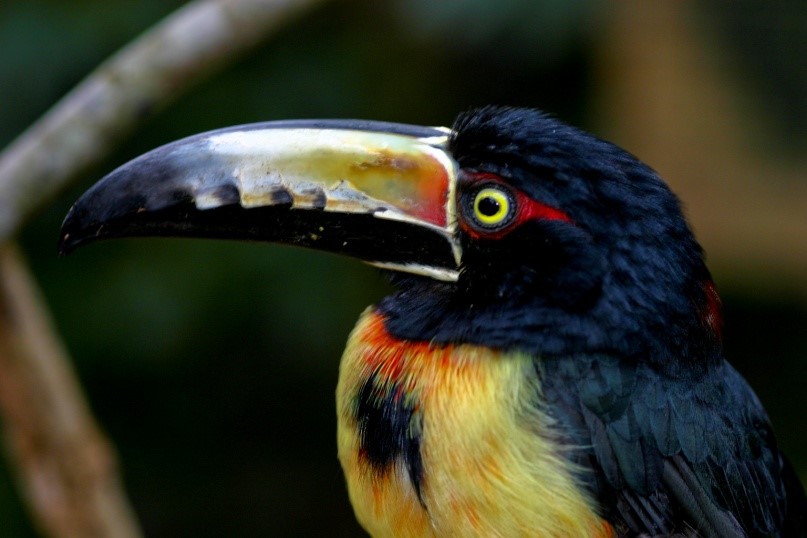 “Collared aracari” by Brian Gratwicke is licensed under CC BY 2.0

Toucans and most birds in general do not have an odor. Birds are especially odor-free even in their mouth as they have no teeth and associated dental disease. Toucans actually have fruity breath. Many birds and toucans particularly love to bathe themselves and keep their feathers immaculate; this is essential for the animals in the wild because dirty feathers can affect flying and health. In fact, if a bird seems dirty, especially around the vent area where they use the bathroom, that can be a sign of illness due to the bird spending an abnormal amount of time at the bottom of the cage. All birds' cages need to be cleaned frequently. Toucans do not have smelly droppings unless it accumulates, then it may have a slight smell of rotten fruit as that composes most of their captive diet. 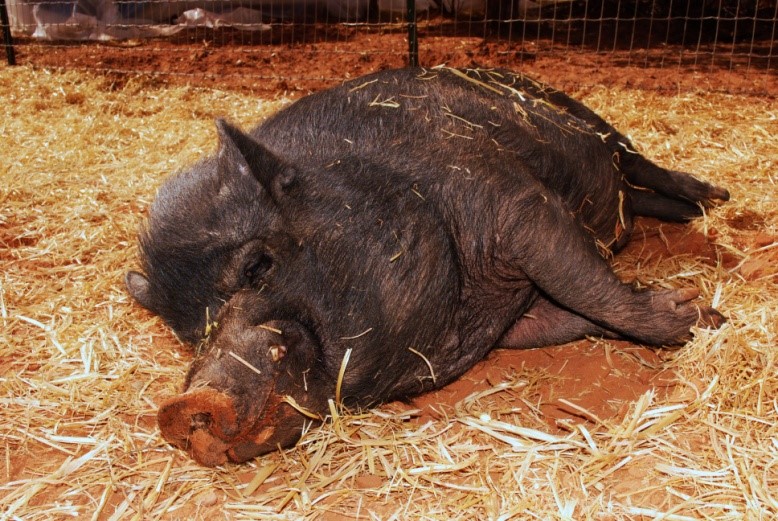 “Pot-Bellied Pig” by DWRose is licensed under CC BY 2.0

Pigs can have a reputation for being unclean and sloppy with a love for rolling in mud and needing to be housed outdoors. Pot-bellied pigs, however, are commonly owned as house pets and raised in the same manner as dogs. Generally they are very clean animals, however there are exceptions; males that are not neutered can have a smelly foam that they secrete from their mouth and foul-smelling discharge that comes from their male reproductive organ for the purpose of scent marking. Neutering male pigs is recommended because it also eliminates their chances of testicular cancer. Aside from this, pot-bellies are clean, also being free from being flea-prone and are relatively non-allergenic. Just be sure to keep the pig clean; they are not small animals despite what many photos online and the misleading name ‘mini pig' suggests. 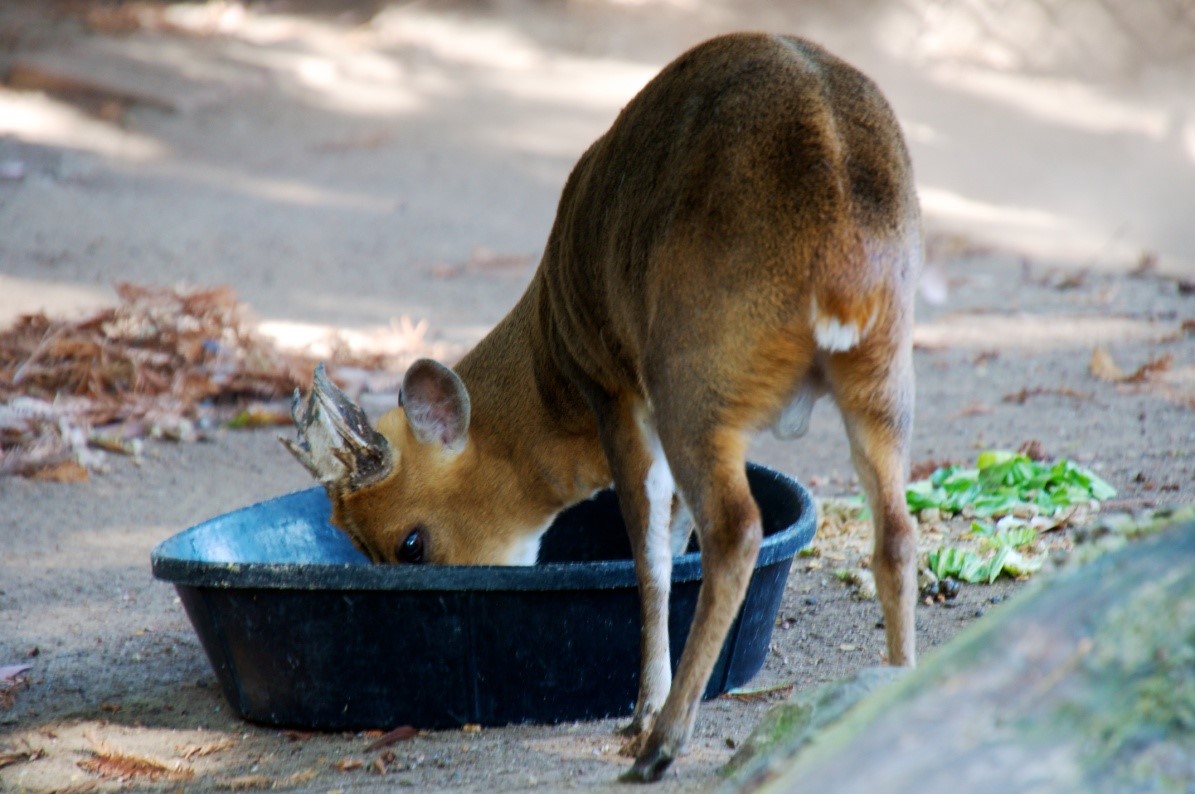 “Muntjac Deer” by Don DeBold is licensed under CC BY 2.0

While these small deer do not smell like newborn babies as some sites like to claim, they are still relatively clean animals that can be litter-boxed trained with some effort. Muntjacs, like wallabies, should have outdoor room to frolic in even if they are kept as house pets.

While a healthy portion of the population fears these reptiles, snakes actually make some of the best pets imaginable. They don't need a lot of space, they don't need to be fed every day, and they are not demanding when it comes to owner interaction and can simply be interacted with whenever the owner feels like it, provided that this doesn't stress the animal. They are also odor-free animals and this is only enhanced by the proper husbandry and substrate. With the use of a high-quality bedding such as coconut fiber based shreds, even after their occasional defecation, there won't be much of a smell. Some smaller snakes can actually release a defensive musk when handled by their owner, but that is pretty much the only exception. 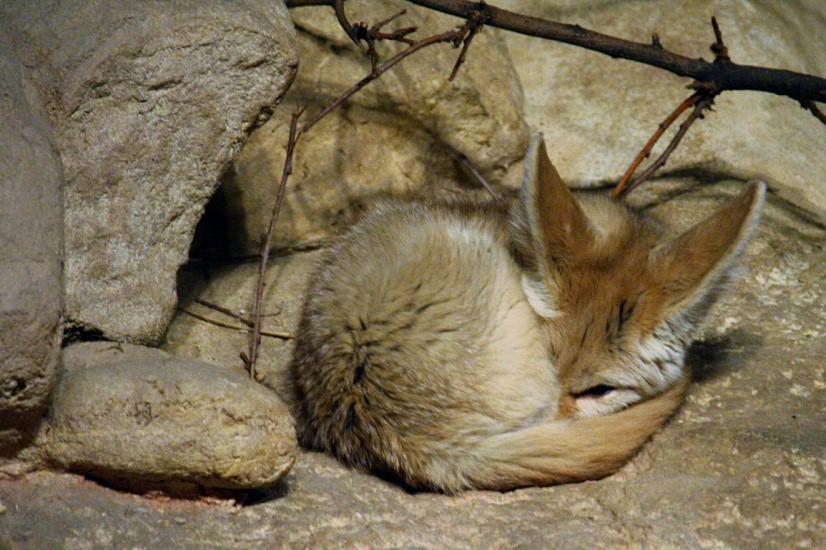 “Fennec Fox” by Marit & Toomas Hinnosaar is licensed under CC BY 2.0

When it comes to keeping a fox as a pet, fennecs are winners because their small size and lack of smells makes them suitable as house pets. Compared to other fox species, fennecs have very little odor that only decreases even more if they are neutered. Red, grey, and arctic foxes actually have a pungent smell that is similar to skunk smell. The droppings of fennec foxes are not odor-free, but the desert animals produce dry poop that is easy to clean. Fennec foxes do not have a strong body odor, but they can briefly emit a musky odor from a scent gland on the tip of their tail when they get started.

Australia's iconic mammals can also make relatively good pets, provided they have a decent outdoor space. Wallabies can be described as ‘cat-like' in their cleanliness, and their rabbit-like droppings, which are not odor-free, are easy to clean. As wallabies should be housed outdoors most of the time, even the smell of their poop should not be an issue. In a smaller space, the poop can be smelly if stepped on by the animal.