Caring for Bettongs as Pets 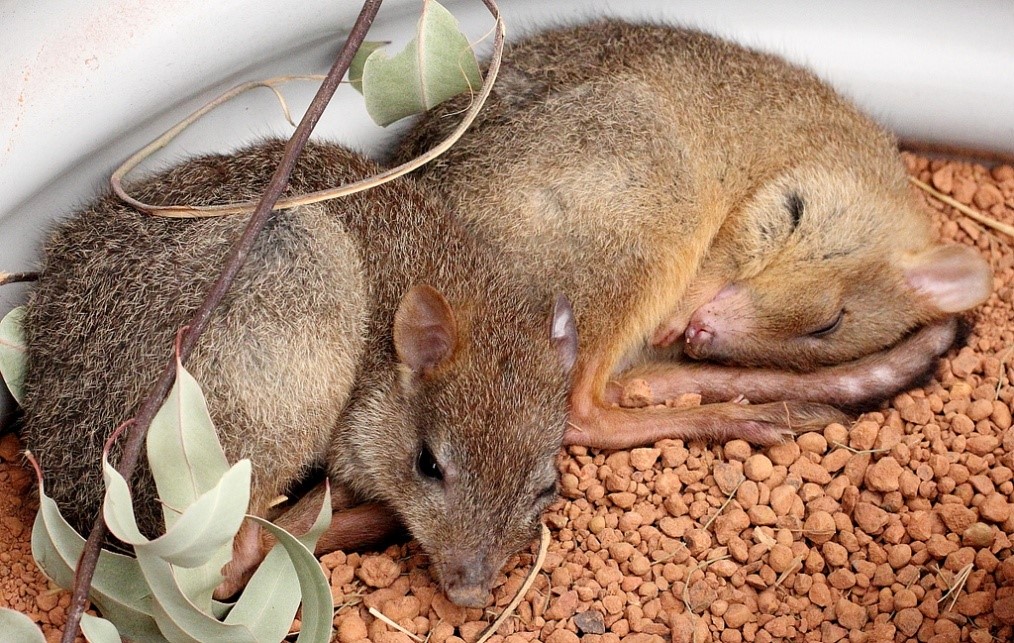 
As is the case with any highly uncommon and hard to find species, all of the information in this article should be taken as an introductory guide. A ‘comprehensive’ care guide for bettongs does not exist, as they are currently (and probably permanently) unpopular as pets and even as zoo animals. Continuing research will be needed.

Bettongs, also referred to as rat-kangaroos, are marsupials that are indigenous to Australia. They are macropods, like kangaroos, wallabies, and quokkas. Their populations in the wild are severely fragmented as a result of habitat destruction and introduced predators, and they are only found in a few restricted locations on the continent. They resemble mini kangaroos crossed with rats and they are one of the few species that use bipedalism as their main method of locomotion. They have long, sharp nails used for digging and powerful back legs. They resemble a springhare, which is an unrelated rodent that looks similar as a result of convergent evolution. There are two species found in captivity: the brush-tailed bettong and the Rufous rat-kangaroo, the former is available, but rare, in the pet trade. Brush-tailed bettongs, the only species you are likely to find in the pet trade within the United States, are critically endangered (relisted in 2008 after previously having been downgraded). 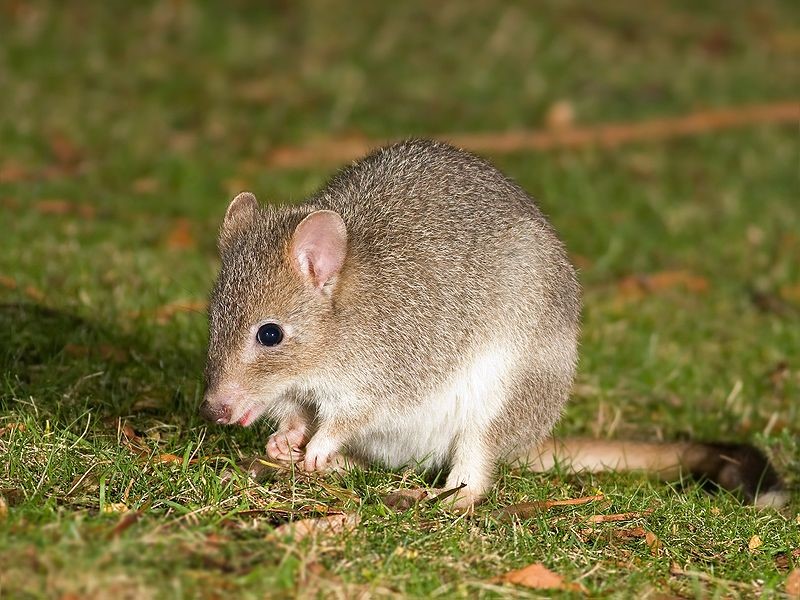 Surprisingly, bettongs are relatively short-lived with a lifespan of around 10 years. In the wild, they are estimated to live 4-6 years. 5-7 years in captivity was proposed by one source, and 10-12 years was predicted by another. It is not recommended to keep a bettong strictly as an indoor pet, with the possible exception of individuals willing to dedicate very large, room-sized spaces for them. Bettongs around furniture are not a good match, as they will scratch up carpeting following their instinct to bury food items. They are also smelly indoors. Although their droppings are generally not terribly messy, the consistency of their stool can vary depending on what they eat, so there may be times when they are more difficult to clean. Bettongs are small animals and not dangerous, but they can inflict minor injuries with their strong back legs or scratches with their claws if they become spooked.

This is one subject in bettong care that would require some guesswork on the owner’s part. As bettongs are quick, flighty, and maneuver with a series of hops, it would be a good idea to house them in a pen-like enclosure. These are not animals for confined spaces that would be suitable for other species of similar size; these animals need room to roam as their hopping covers a lot of ground. The exact size can vary, but the pen should be large enough to accommodate the animal’s movement from front to back. This means the cage should not be too narrow and provide plenty of open space. The safest bet would be to provide a ‘zoo-like’ enclosure for several reasons: bettongs do not like to be handled and therefore it would be difficult to meet their exercise needs with time out of the cage, this little-kept species likely benefit with as much space as possible, and they can be destructive in the home. Therefore, an expansive, outdoor enclosure would be where they should spend most, if not all, of their time. This environment should be equipped with hides, natural cage furnishings like pieces of wood, and unobstructed space. As these animals are diggers, natural substrate (but not wood chips, which can cause foot problems) is preferable and the cage must have a barrier underneath the floor. Typical outdoor animal needs also apply, such as protection from the elements and temperature control, particularly during the winter. Some winters will be too cold for them. 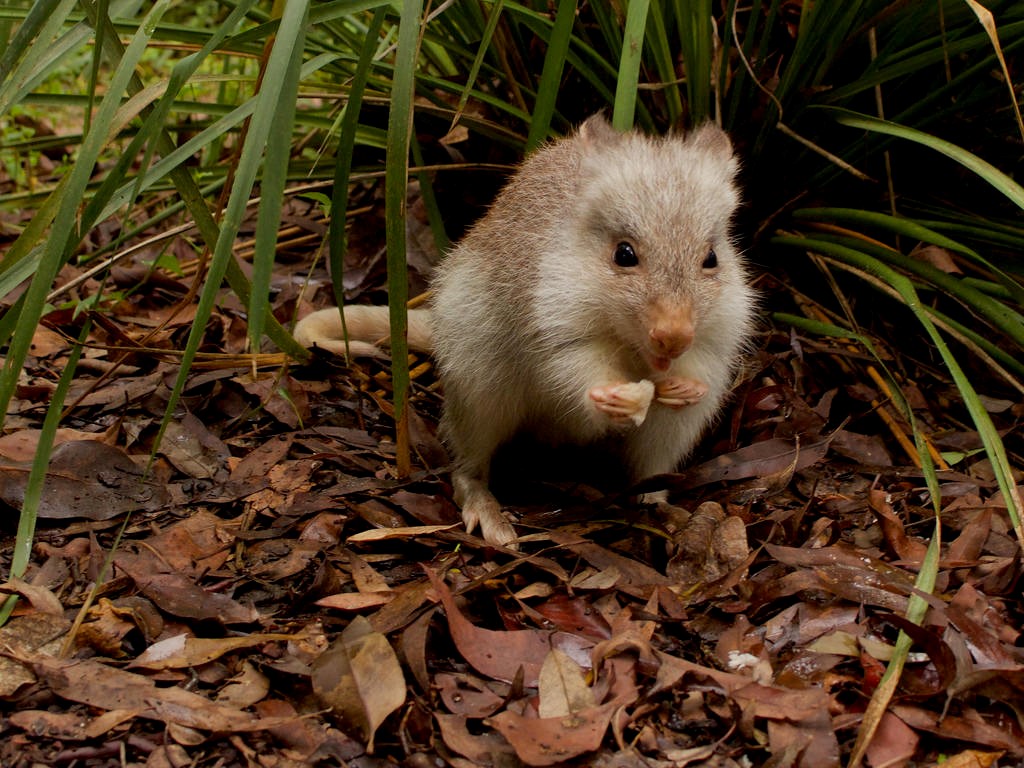 In the wild, bettongs eat fungi as the main part of their diet and this is supplemented with roots, tubers, leaves, bugs, and gum exudates. In captivity, a mixture of commercial captive macropod diet (pellets developed for kangaroos and wallabies) and fresh produce can be fed. Some of the vegetables, fruit, and grains include corn, sweet potato, carrots, green beans, and apples. This can be supplemented with insect prey, oats, mushrooms, nuts, and dog food (in limited quantities) for protein. Bettongs will typically not consume leafy vegetables. This can be fed in a bowl but scattering the food around the cage occasionally is beneficial as it encourages forging enrichment. As there are small numbers of bettongs in captivity, our understanding of their dietary needs is very limited. Therefore continuous research is mandatory. Bettongs do not drink water, but offer a shallow dish anyway.

Bettongs shouldn’t need to visit the vet with the exception of the occasional wellness exam, particularly in their first year. After that, the stress of vet visits (which will likely require sedation) are not really beneficial unless there is a concerning change in the animal, in which then it should be brought to an exotic animal vet (preferably board-certified in zoo medicine). Therefore, monitor the animal intensively. Inspect its body condition (weighing, especially with younger animals, is important), fur cleanliness, and observe for changes in appetite and the consistency of the droppings. They do not require any vaccinations.

Bettongs are atypical pets for tolerant owners. People who are expecting the behaviors of ‘traditional’ pets (dogs, cats, domestic rabbits, ferrets) will find a bettong to be a very demanding pet. Unfortunately, like many ‘exotic’ pets that are not domesticated as pets, they are only semi-tame and will become skittish as they mature. Upon reaching adulthood, bettongs will not tolerate being picked up. Owners have described them as affectionate and they can be interacted with on their own terms. Like most pets, their personality, bathroom habits, and scent marking behavior will vary depending on the individual.

The most important factor of bettong legal issues involves their endangered status. Due to the Endangered Species Act, these animals cannot cross state lines without a special permit that is only administered to professional zoos and educators. This means you cannot buy a bettong for sale in a state that it won’t be kept in. You cannot travel with your bettong out of state if you move or go on vacation legally. If you live in Texas, your bettong must be purchased there. Aside from that, bettongs should be legal in many states that don’t have harsh blanket bans, but you must find out this information for yourself by contacting your state’s Fish and Game Department or other relevant governing body. All the states vary tremendously in how they regulate exotic pet ownership. 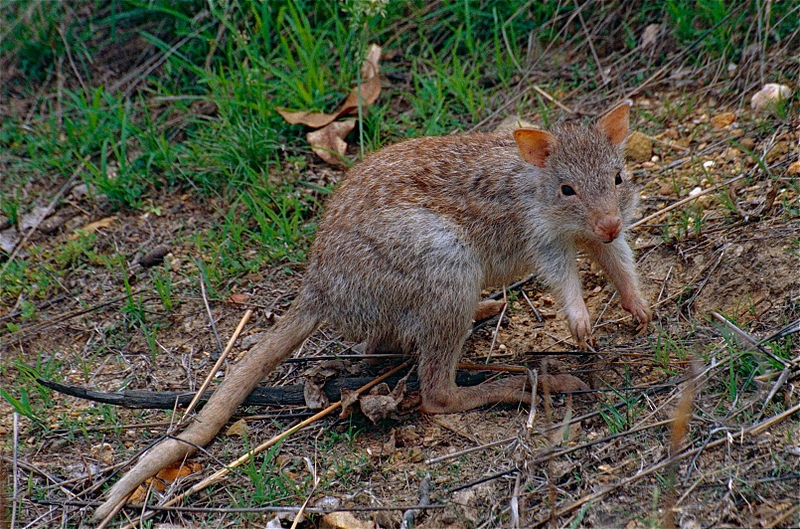 Bettongs are rare in captivity but they are occasionally available. If you feel you are up to the challenge of their ownership, find a reputable breeder in your state and get on a waiting list. Expect to wait for months or even years if you are lucky enough to have a seller within your state. Bettongs are sometimes re-homed as retirees from educational programs as well, but mature animals may prove even more challenging when it comes to taming. Bettongs seem to be available most often in Texas, currently. While you need to be prepared to wait a long time to find a bettong in your state, it’s possible you might never find one as well. Without a reversal to the unfair law that prohibits their crossing state lines, their already small populations in captivity will be very limited. Bettongs that are captive-bred in captivity do not affect wild populations at all. Australia has extremely strict rules for the exportation of their wildlife and bettongs are not removed there for the pet trade. Properly equipped owners can easily provide a suitable home for bettongs.