An Introduction to Pet Lemur Care 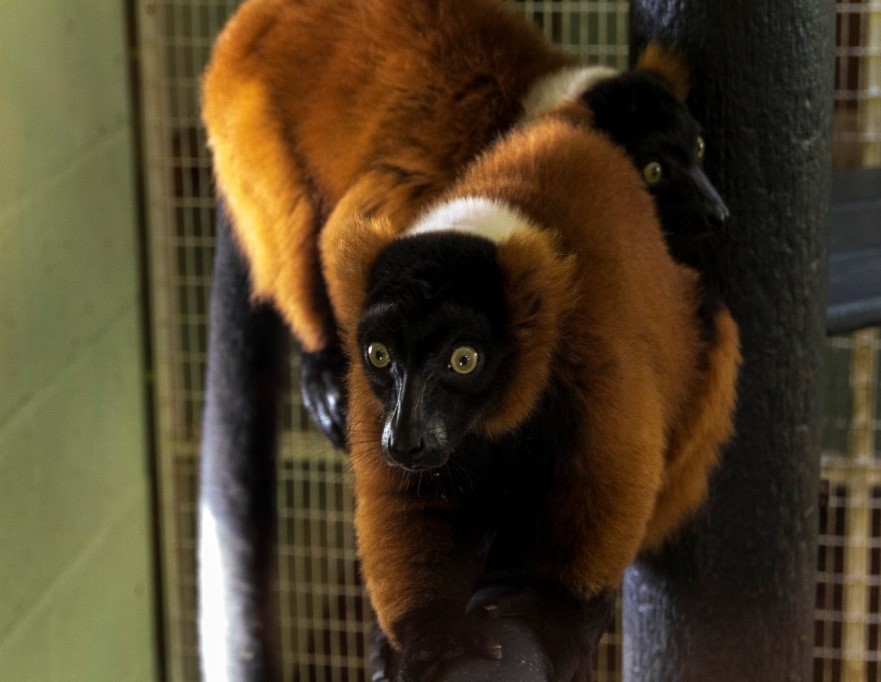 “Red Lemur” by big-ashb is licensed under CC BY 2.0

Made even more famous by the movie Madagascar, lemurs are charismatic and adored for their unique way of walking and ‘skipping’ across the ground. These animals are not monkeys, they are primitive primates called prosimians. In the world of pet primates, they are one of the more commonly encountered species after the small “finger monkeys” (marmosets and tamarins). Like all primates, lemurs are high-maintenance pets to own, but they are known to have better temperaments than most monkeys.

Lemurs in the wild

Lemurs are a diverse group of primates endemic to Madagascar. There are around 100 species that range in size from the 30 gram mouse lemur to the largest species, the indri. As their populations are restricted to an island nation where much human encroachment and deforestation occurs, all lemur species are endangered, and 90% of lemur species are expected to become extinct within the next 20 years. In response to the seasons of their island home, lemurs exhibit different adaptations such as low metabolic rates to conserve energy for the dry season, seasonal breeding, hibernation and matriarchal societies. Lemurs also have variable morphology and diets. 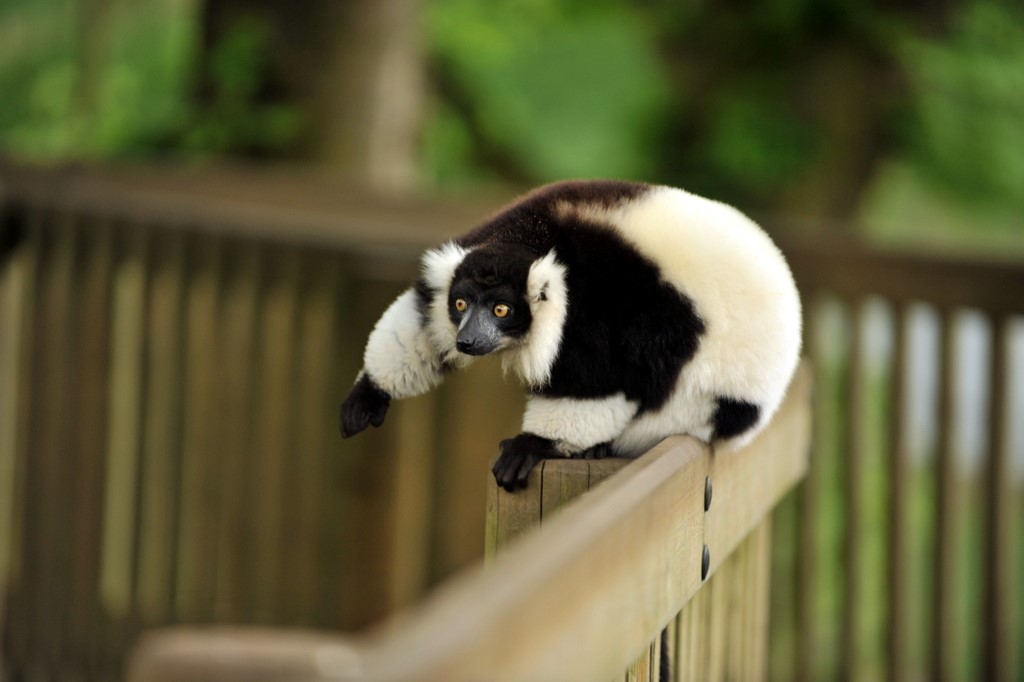 “lemur” by andrew wales is licensed under CC BY 2.0

Can I keep a lemur as a pet?

All lemur types are demanding pets that will require large housing and difficult to secure veterinary care, but if they are legal in the area, they can make good pets for select owners. The well-known ring-tailed lemurs are by far the most common species people own in captivity, but the ruffed lemur and brown lemur also have limited availability. Pet lemurs are about the size of a housecat, weighing 4-7 pounds. There are no small species of lemur that people keep in the United States, so all of them will require a walk-in type enclosure for the best results.

Primates, in general, are illegal in most states. Lemurs are probably legal in more states than certain monkey species as they are often considered to be less ‘aggressive’ or easier primates to handle. Some states, like Ohio, exempt lemurs and smaller primates from exotic pet restrictions. All lemurs in captivity are endangered in the wild and none are allowed to cross state lines. This means you can only buy a lemur if the seller is located in your state, which severely restricts access to them. Texas and Florida appear to be the states that have the most lemur breeders and the animals are legal as pets there (in Florida, you will need to obtain a No-Cost Class 3 Wildlife Permit, which is thankfully easy to do). Lemur owners should anticipate that bans will continue to grow for the future, and sometimes even legally-obtained animals are maliciously not grandfathered in.

When it comes to keeping pet lemurs, private owners do things differently. Some owners can ‘get away’ with keeping lemurs in very large parrot cages, but this is not ideal and the animal will absolutely require plenty of out-of-cage time daily. This can be frustrating to the owner if the animal is not well-behaved indoors with poor ‘house manners’. Therefore, providing a very large enclosure starting around 8’x6’x8’or a designated room will benefit the owner and lemur.

This cage should be outfitted with different climbing apparatuses such as ropes, vines, hammocks, branches, and fire hose climbing structures (this is common material used in primate enrichment and is sold online). Some people like to place suitable children’s playground structures in the enclosure. Ideally, it would be a good idea to have both an indoor and outdoor enclosure, especially if you can attach them so the animal can choose when to go out and watch birds outside while getting some sun. Without the proper cage and enrichment opportunities, lemurs can become agitated and be hard to live with. 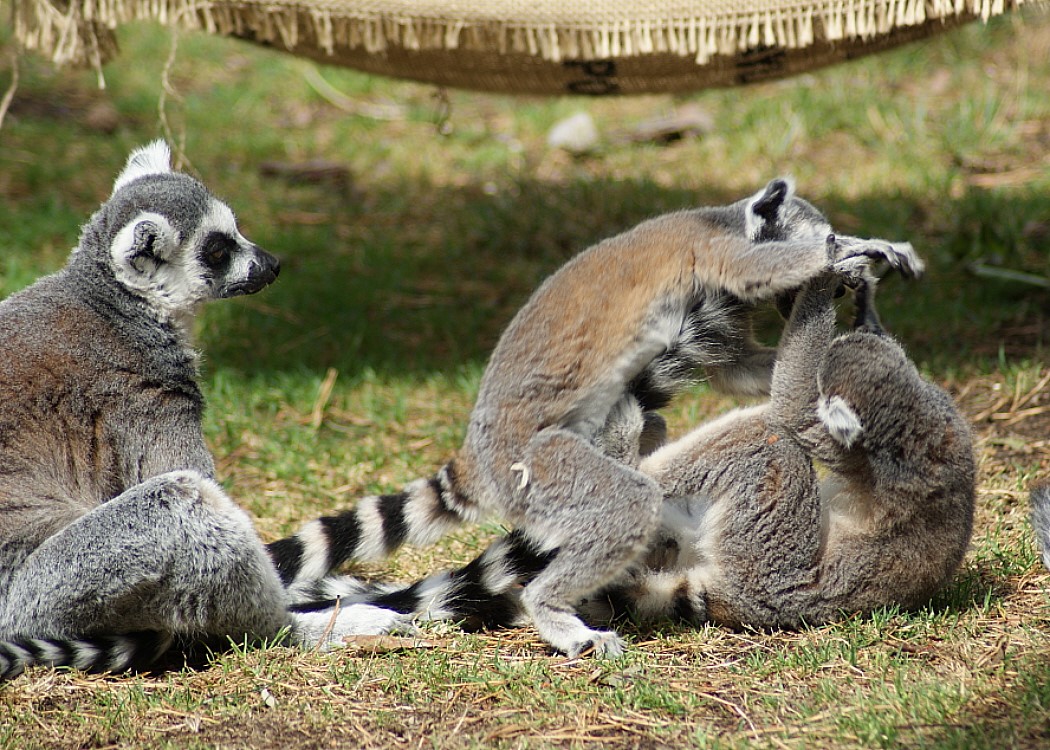 As the lemurs in captivity are highly social, you may want to consider owning more than one; otherwise the animal will strongly rely on interaction time with you for the next 20-30 years. In addition to socialization, lemurs depend on your ability to provide an enriching environment for their welfare. While ring-tailed lemurs are known by zoos to exhibit little or no stereotypic behaviors and do well in captivity, they should have access to a wide array of stimulating toys and foods: cage furniture may be changed a few times a month, foods can be hidden in boxes and other treat-dispensing apparatuses, whole nuts in the shell and fruit in the peel, and monkey and parrot toys available on the market will keep your pet lemur busy and mentally stimulated throughout the day. 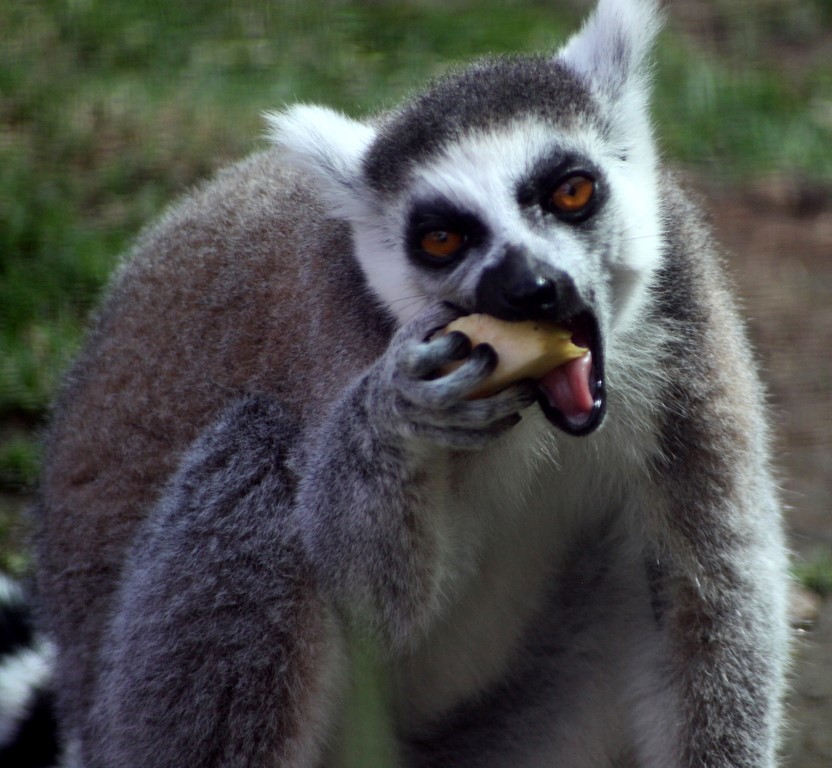 “Ringtailed lemur” by Derek Keats is licensed under CC BY 2.0

Lemurs should be fed a combination of fresh produce and a nutritionally-balanced commercial diet for primates. One popular brand is Mazuri, and they make treats and staple diets for primates. Primates relish Mazuri’s monkey biscuits as well. For younger animals, these products can be soaked in water to soften them. Some fruits that can be fed are bananas, figs, watermelon, and papaya.

It is imperative that before you purchase your lemur you secure a veterinarian who is willing to treat it. Many vets, even those that specialize in “exotic” pets, will refuse to see primates because they are perceived as unruly and have the potential to spread zoonotic disease (although pet primates catching illnesses from humans is far more likely. I’ve yet to see a verified case of a pet owner catching a serious disease from a primate in modern history). Your primate-experienced veterinarian will be able to educate you on what vaccinations are necessary. The subject of spaying or neutering and canine-teeth removal may even come up. The former is recommended for pet owners to potentially reduce aggression. 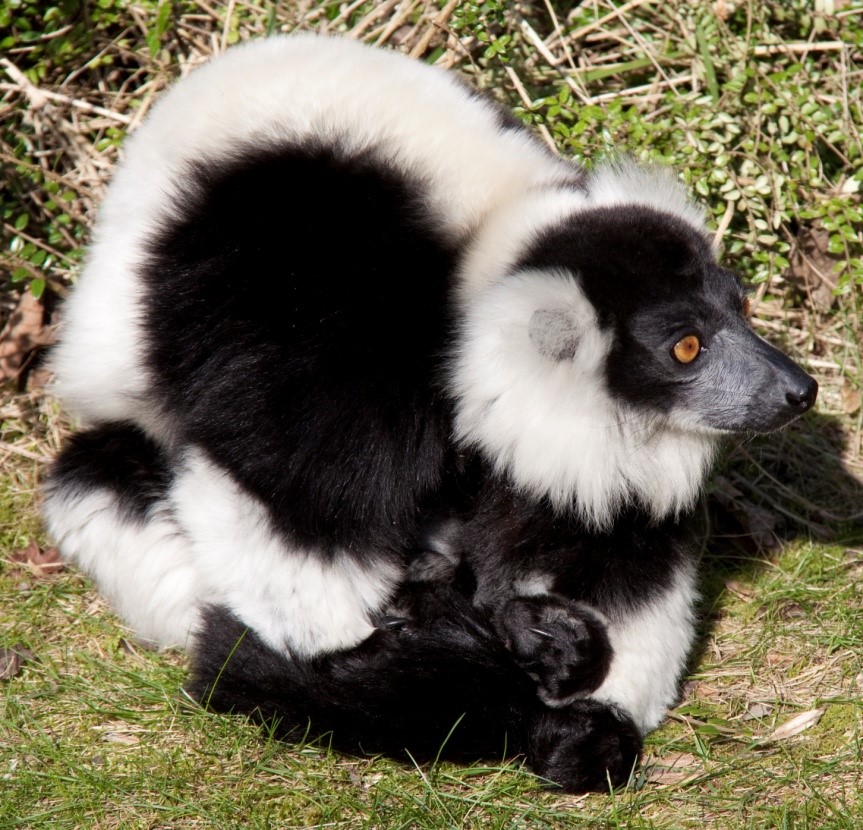 “Ruffed Lemur 3d” by Tony Hisgett is licensed under CC BY 2.0

Where do you purchase a lemur?

A reputable breeder (located in your state) is always best. While lemurs are very endangered, they prorogate well in captivity and their wild populations are heavily regulated; there’s no need to fear that owning a pet lemur in the United States will harm them in the wild. Unfortunately, many wild lemurs will perish due to excessive human development, despite our best efforts. It is likely that captive lemur populations will be their only hope for the future. Your breeder will also be able to educate you on proper care. Lemurs and other primates are best obtained as babies, especially for a first time owner.