Exotic Pets That Are Great For Apartments 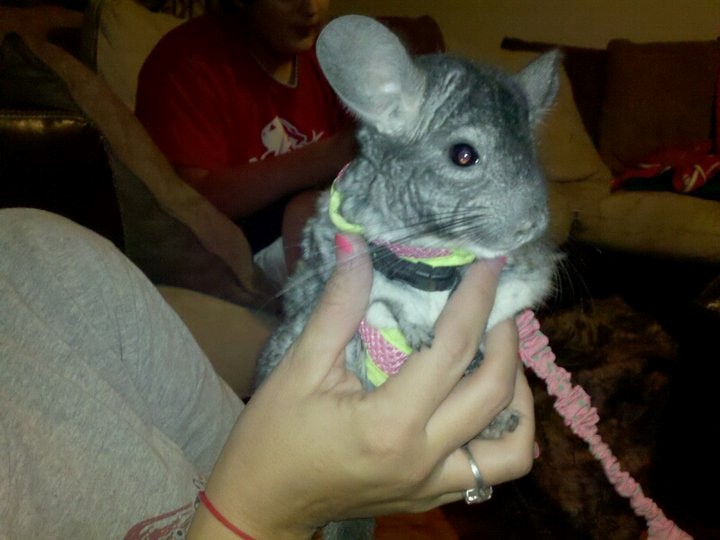 There’s a massive number of animal species on the Earth, but in comparison, only a very small number of them make what most would consider as good pets. Of course, defining what a ‘good pet’ is varies from person to person, and your living situation is a significant factor as well. For instance, a ‘good pet’ for someone who lives in a rural area and can construct outdoor pens or enclosures would be quite different from someone who lives in an apartment. Apartment living has a few challenges that would make pet keeping more restrictive, and a few of these factors are:

Many reptiles are absolutely some of the best choices for apartments, beginners to exotic pet keeping, and for lower budgets. Of course, this depends on the species you choose. Reptiles are great because they have the lowest odor levels of the terrestrial pets, are virtually noise-free, and do not need time out of the cage as long as it is appropriately-sized. Most reptiles are terrestrial, so there’s no risk of an overflowed tank leaching water into the ceiling beneath you like with fish. Reptiles are also independent and do not need to be socialized (you may or may not prefer this). Some of the best reptiles for apartments are:

While many people fear snakes, most snakes are completely harmless. Some species can grow to very intimidating sizes. Choose a small to medium-sized species that will pose zero threat to anyone should it escape. There are many species that are great for apartments and beginners. Common choices are king snakes, milk snakes, garter snakes, hognose snakes, children’s pythons, and many more. These snakes do not demand a lot of space. The minimal enclosure sizes for these species range from 15 gallon tanks to enclosures that are 2 by 4 feet. There are many more interesting species that would do fine too, such as the arboreal green tree pythons. 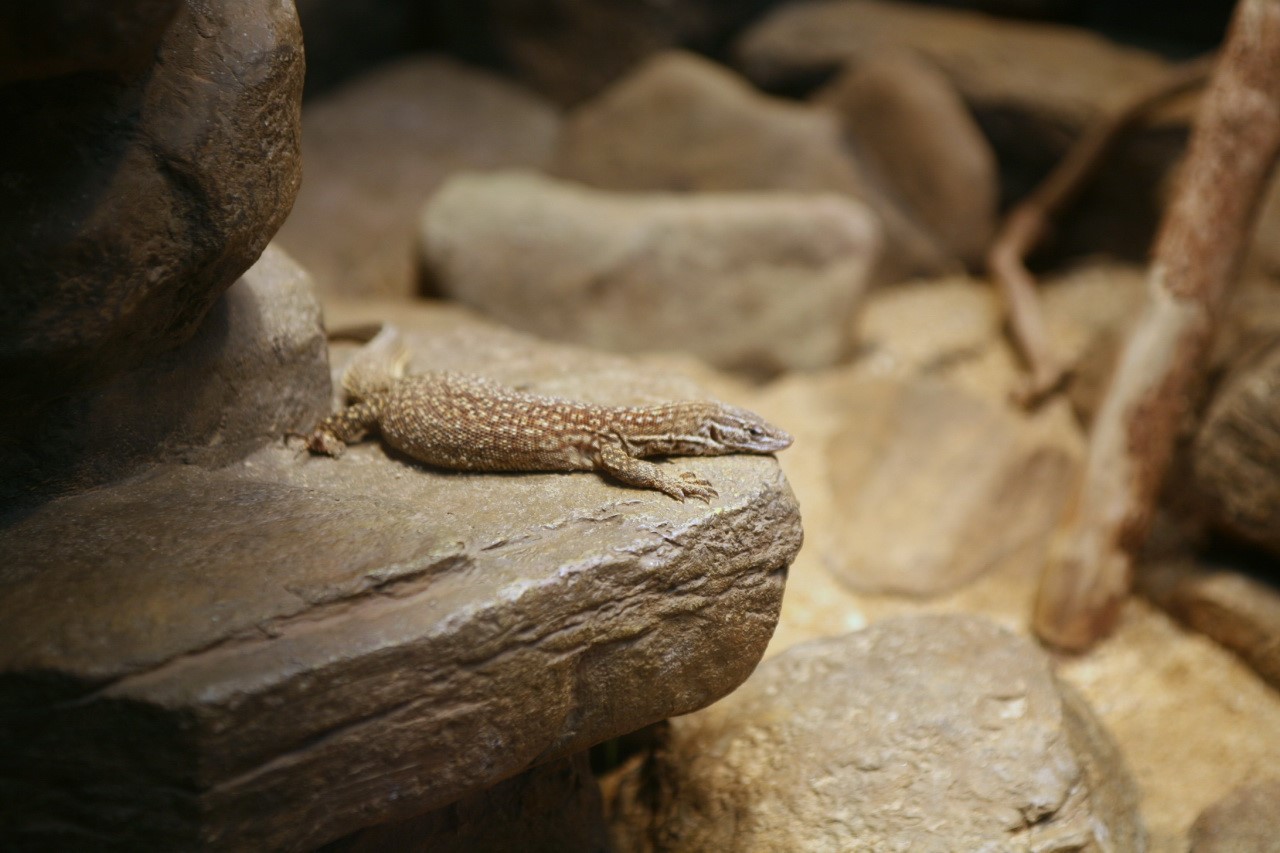 Most lizards will do fine in apartments, although some need very large enclosures. For instance, green iguanas need an enclosure the size of a closet minimally. Better lizards to chose would be the acanthurus monitor lizards, bearded dragon, geckos, and chuckwallas. 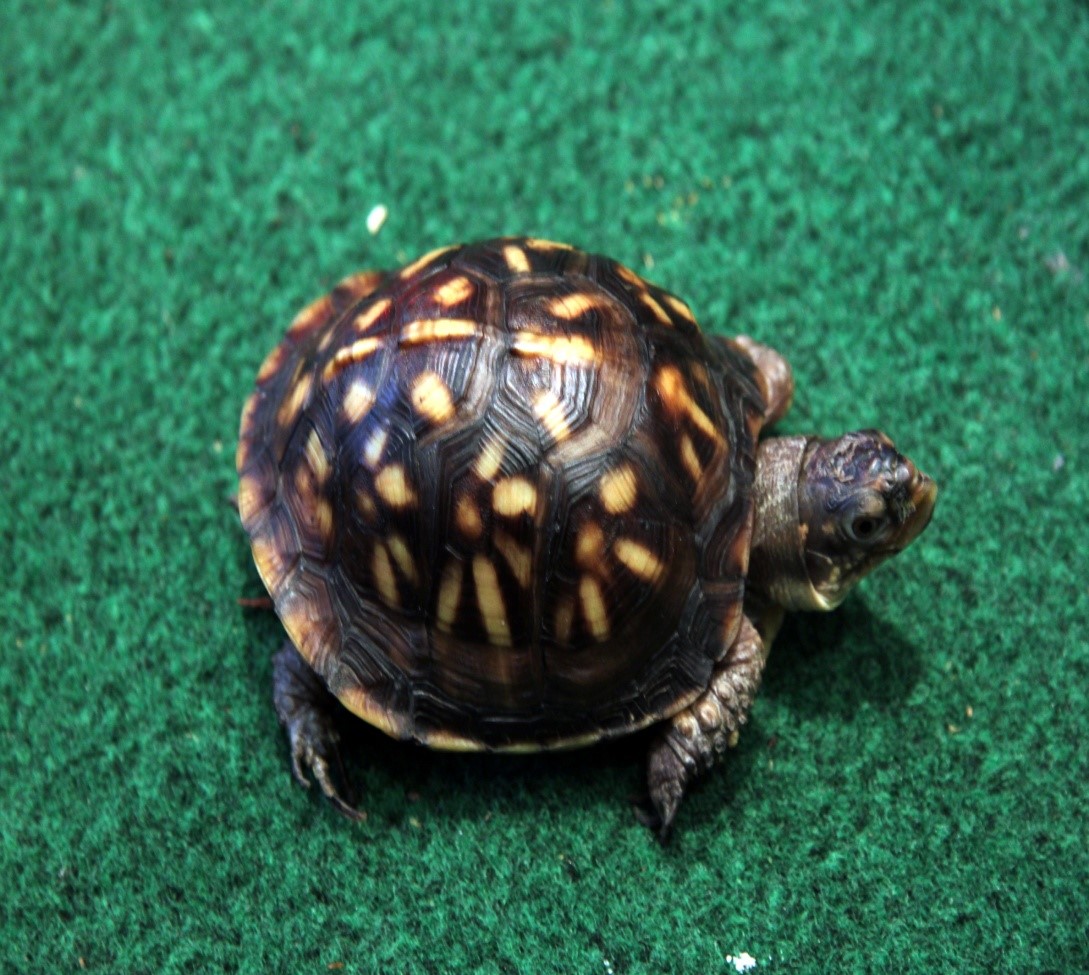 “The Lamar Q Ball, Jr. Center Statesboro - box turtle” by muffinn is licensed under CC BY 2.0

Many turtles get larger than people think and are not suitable for apartments. Red-eared sliders are extremely common but would require a very large aquatic tank which would be a pain to maintain (they are better suited for ponds). Box turtles are relatively easy to care for (although very long-lived) as long as you follow the rules to keeping them. When kept indoors, they require UVB/UVA lighting and some kind of decently-sized tub (not an aquarium) for their enclosure.

I word of caution: sugar gliders will smell pretty bad if you don’t maintain their environment properly. The good news is that you should keep them clean to care for them properly anyway, and then their odor doesn’t need to stink up the room they are being kept in. Otherwise, sugar gliders make decent apartment pets. Their enclosure needs are not tremendous (but definitely research them thoroughly, do not rely on information from pet stores), they are relatively engaging, and they are not chronic noise makers. 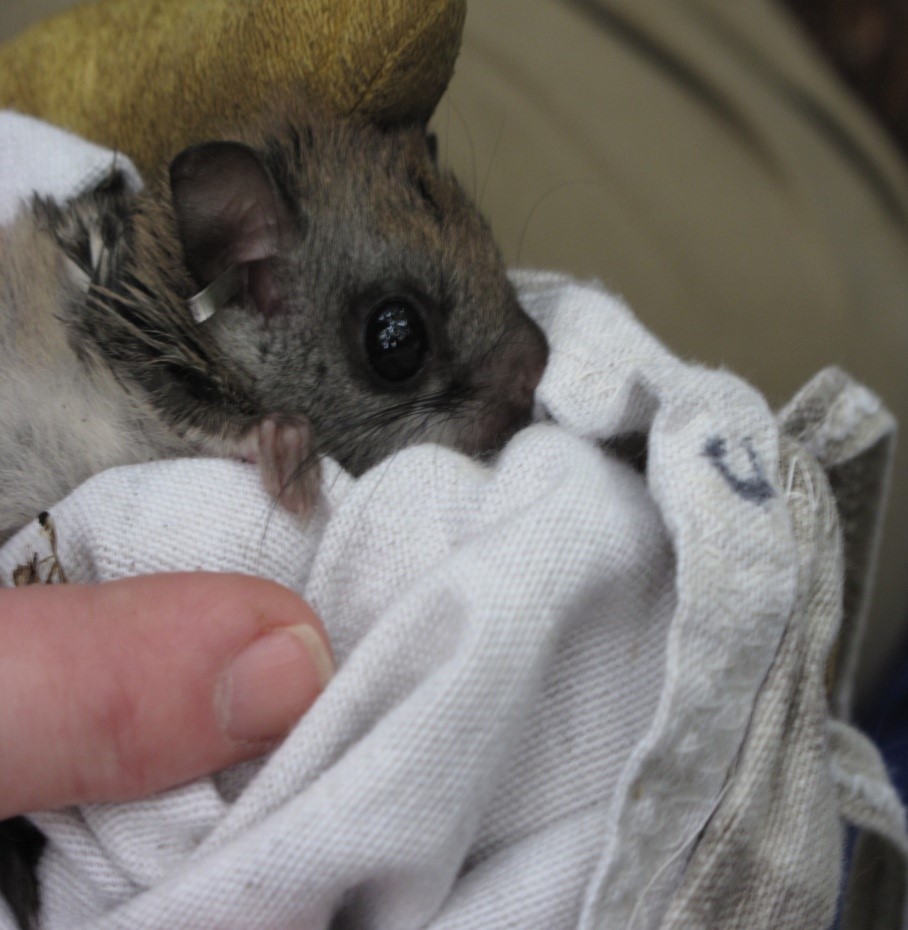 A less smelly alternative to the sugar glider is the rodent version of that marsupial, the flying squirrel. These animals are excellent for people who want a pet you can bond with but aren’t crazy about getting a bigger animal. Flying squirrels have very modest enclosure size requirements and should be introduced to their owners at a young age in order to be properly socialized. This is good news for people looking for a hamster-sized, infant surrogate.

These rodents have some reported aggressive tendencies due to territoriality, but they also make for surprisingly intelligent and affectionate pets. A simple double-level Critter Nation cage will suit them perfectly.

These extremely fluffy rodents are marginally exotic pets and are domesticated. Their caging requirements are very reasonable and they are relatively clean animals.

If you aren’t interested in a rodent, these marsupials are small alternatives. Despite their appearance that makes them look superficially similar to mice, they are insectivorous and have a prehensile tail just like their larger counterpart, the Virginia opossum. They are a great choice if you are looking for a ‘less ordinary’ pet.

These popular domesticated pets are inexplicably banned in New York City because apparently some officials determined they might escape and worm their way through apartment walls. Of course, these concerns are silly fear mongering at its finest; ferrets make excellent pets for small spaces. For people who want an active, playful pet that can be walked on a leash but not require daily outdoor bathroom breaks, ferrets are a great choice. They do have slight issues with smell but dietary changes (some owners suggest raw foods and higher quality pellets) and frequent cleaning should do the trick to keep it at acceptable levels.

Remember that not all living situations are identical and perhaps some people can have success with other species in apartments that wouldn’t initially seem like a good match. It’s up to you (and your landlord) to make a reasonable assessment on whether or not these pets fit your lifestyle. Be sure to check city laws for certain species as well; laws in cities can be very different from state laws.