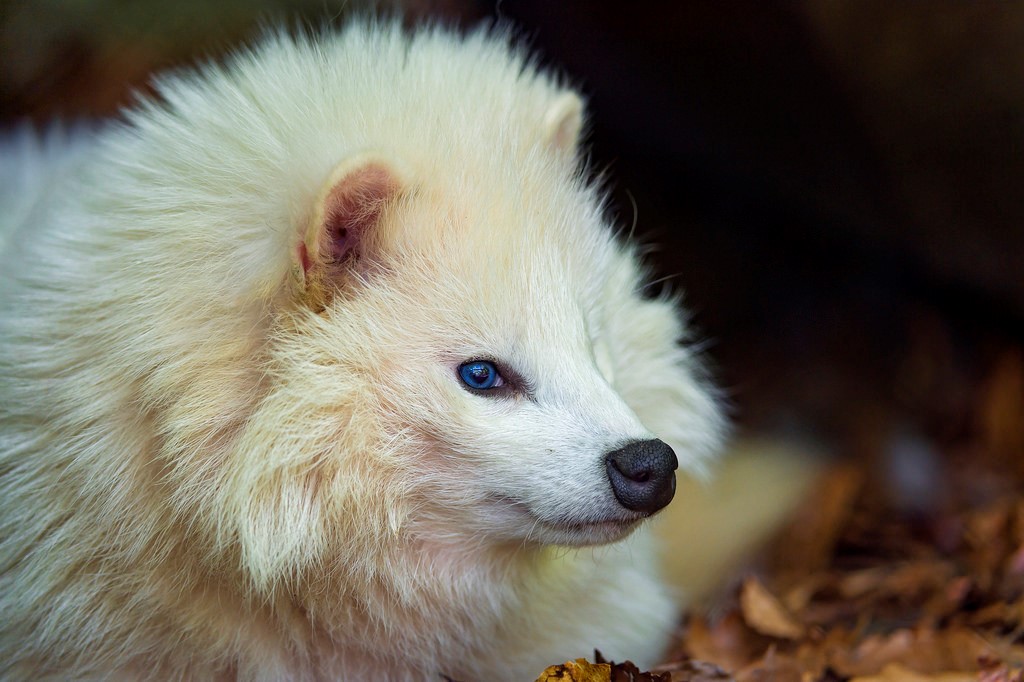 What is a Raccoon Dog?

Raccoon dogs, also referred to as tanukis, can appear confusing to people who are not familiar with them. They resemble a raccoon, although they are not in the raccoon family (Procyonidae). Raccoon dogs, despite their name, are also not ‘dogs’, although they are in the canid family (Canidae) and are most closely related to foxes. Their native range consists of Eastern Asian nations such as Japan, Northern Indo China, and the Korean Peninsula; however they have been introduced to several European countries and have become a prolific invasive species.

Raccoon dogs are omnivores and consume a wide variety of food items. They are opportunistic feeders, forging for different items based on their locale. While they consume a lot of plant material, in some European countries, voles and shrews are important in their diet [1]. In Germany, raccoon dogs near water rich areas consumed a large amount of fish and amphibians. In one of their native regions of Japan, they were found to be ground forgers, consuming mostly fruits and insects [2]. Similarly to domesticated dogs, their highly adaptable dietary preferences contribute to their ease of care in captivity. Like other canids, they are farmed in some countries for their fur. Some other notable facts about the tanuki include:

Figure 1 Distribution of Raccoon dog populations, native and introduced. The blue regions are in Asia and Europe is in Red.

The raccoon dog has a prolific presence in European countries where it was intentionally introduced to produce animals for the fur trade in the 1920s. In the beginning, animals were taken from Islands in the Sea of Japan and released into Eastern Russia where they successfully colonized. In the 1930’s, they were introduced in other Russian regions, Armenia, Caucasus, and many more. Not all of these introductions were successful due to lack of food availability. In Latvia, a population was established from a release of 35 raccoon dogs in 1948. Today, the species is heavily regulated in the nations where there are breeding populations. It is considered to be an invasive species around the world, with growing populations in Sweden, Scandinavia, Germany, Finland, Latvia, Estonia, Lithuania, Denmark, Swizerland, Italy, Serbia, Poland, and more. The animals are said to be good swimmers and can migrate to neighboring lands. Sightings of raccoon dogs in the wild have prompted environmental groups to call for a ban on the species as pets in the UK. 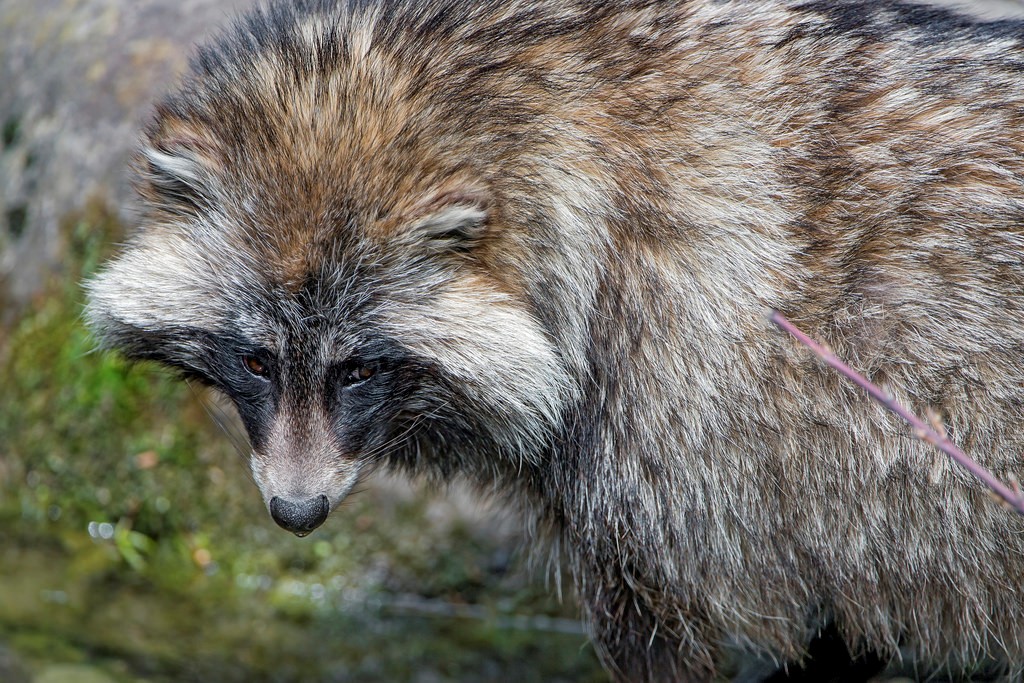 Can You Own a Raccoon Dog?

The raccoon dog is considered to be an invasive species in the United States and they are one of the few animals that are illegal to import, or even own in all U.S. states with the exception of accredited zoos. These animals are also not common in American zoos, although some can be seen in Zoo Atlanta. In Europe, including some of the areas where they have been introduced, they are legal as pets despite the outcry of animal rights activists and those who believe their presence contributes to environmental destruction due to their predation of small animals and capacity to harbor parasites and rabies. The tapeworms and bacteria they carry are said to be their worst impact [4]. 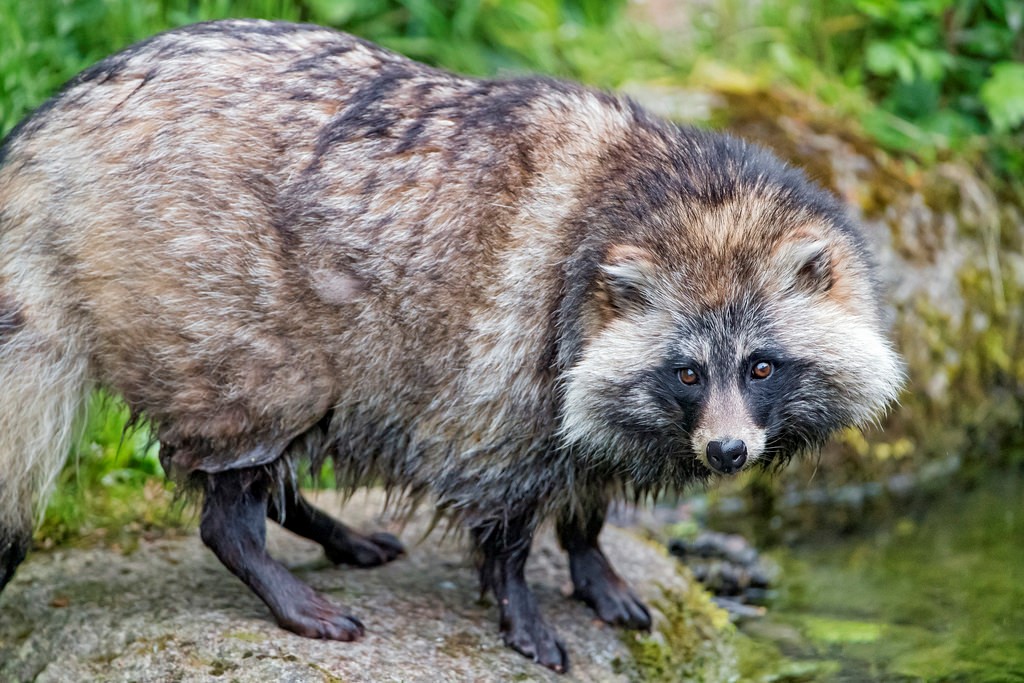 The utmost irony of the persecution of raccoon dogs and the fears that pet owners will cause them to become established in the wild is the fact that the animals became invasive due to intentional releases by the (still legal and tolerated) fur trade. While pet owners often take the blame for invasive exotic species, it is extremely uncommon for exotic mammals to become established, unlike the domesticated pets that enjoy universal acceptance. Such examples include dogs, cats, goldfish, and horses, all of which have stable, feral populations across the United States and numerous other nations. Most likely, in order for introductions to be successful, a breeding population of animals would need to be simultaneously released, and this population would have to successfully adapt to the environment (as previously mentioned, not even the intentional release of raccoon dogs was successful in every case). Even the release of a male and female pair is unlikely to result in an invasive species. As raccoon dogs and many other exotic mammals (which tend to be made illegal most often) are uncommon as pets and not consistently released, they are not likely to become a problem in the wild. The fears of the invasive potential of the raccoon dog seem to bizarrely stem from examples of populations that did NOT originate from the pet trade, but from the extremely poor decision of fur traders to establish them on purpose. As a result, the pet trade pays for the wrong-doings of another industry, and it is a strong possibility that raccoon dogs will be banned in the UK in the future as pets. 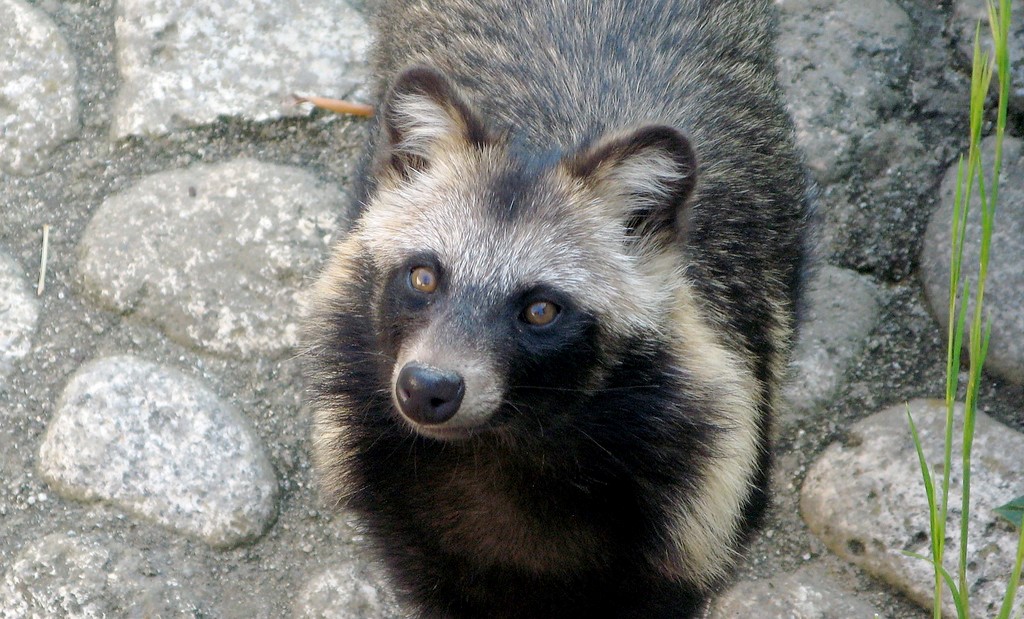 "Real Tanuki" by rumpleteaser is licensed under CC BY 2.0

The Tanuki Temperament in Captivity

If you live in a country where raccoon dogs are legal and still want to get one, it is important to understand that despite their name, they are not really dog-like, and many aspects of exotic pet personalities that make them poor pets for most people apply. As far as keeping them as domestic pets, they are similar to the red fox. Raccoon dogs can be expected to become destructive indoors, have poor ‘house manners’, and high activity levels. Like other exotic canids, an outdoor enclosure is definitely best; however this can ideally be attached to your home allowing the animal inside access. Reports of raccoon dogs as pets vary a lot, and this may be due to whether or not the animal has been parent-raised. The longer most mammals stay with their parents, the more ‘wild’ (skittish, unprovoked aggression, lack of tameness) they will become as adults. In the UK, exotic pet owners tend to favor more ‘natural’ pet rearing methods and raccoon dogs that have been bottle-fed and hand-raised from a young age may not be available. Animals can vary based on personality and amount of time the owner puts into taming and training, as well. Regardless, no one should seek out owning a raccoon dog without accepting the possibility that they might not tolerate handling as adults. 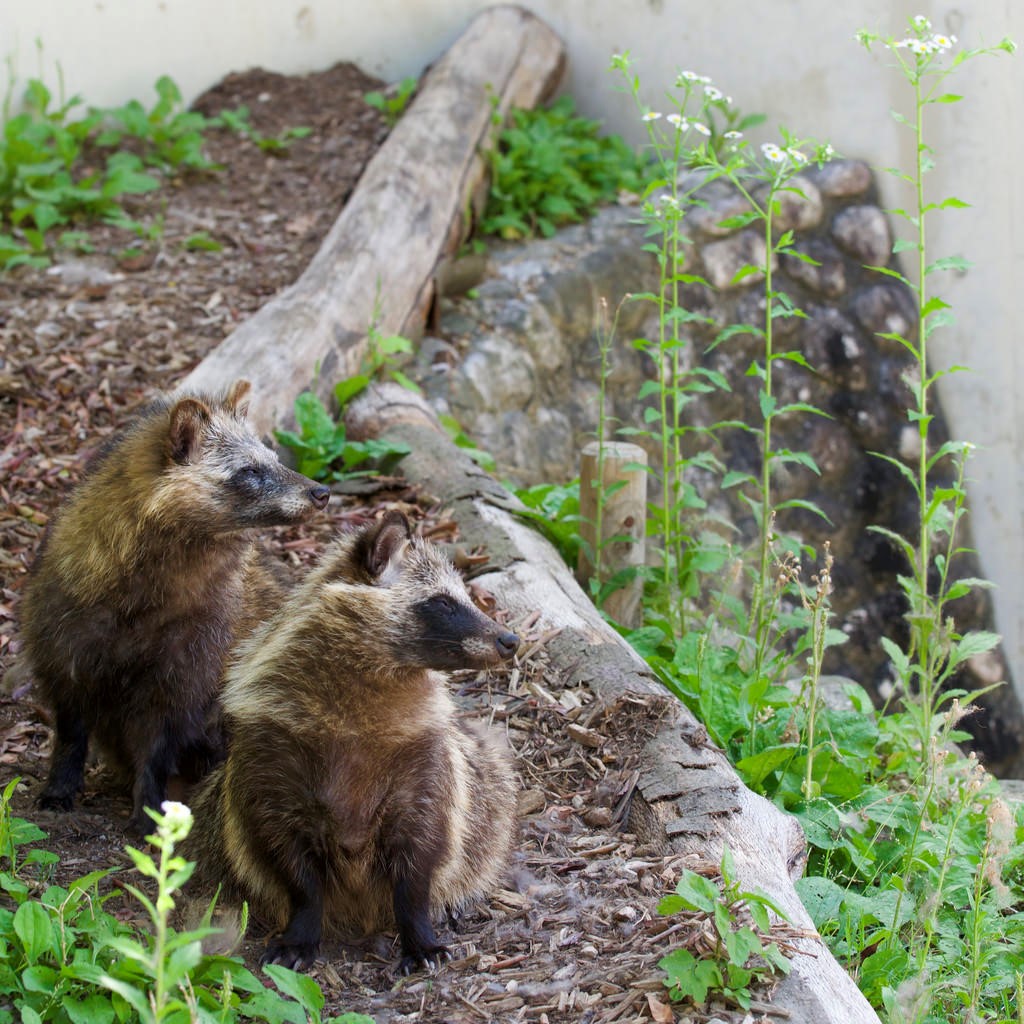 In the wild, the raccoon dog consumes small animals, insects, and plant material. Based on the availability of food items, they can alter their diet and survive consuming even one food source [3]. In captivity, this translates to a mostly omnivorous diet with some included animal protein, particularly from invertebrate sources. Dog food is suitable for raccoon dogs, unlike with foxes and cats. Whole prey sources can include chicks, insects, mice, frogs (frog legs can be purchased from some stores) and fish, which are items they consume in the wild. They probably rely less on game-type animals in the wild [3] but small amounts, such as what is present in dog food, can offer beneficial nutrition. Numerous other foods can be offered such as fruits, vegetables, nuts, and more.

Most exotic canids require an enclosure whether it is an indoor room exclusively for them or (ideally) an outdoor run. Tanukis can become destructive indoors and claw at wooden furniture and carpeting, so unless your indoor space is specialized for them, you’ll want to keep them outside. While it is often stated that raccoon dogs don’t climb well and that a wall of about a meter (40 inches) is high enough to contain them, their climbing ability should not be underestimated and it would safest to provide a top, as well as a barrier beneath the surface to stop them from digging out. There is no figure set in stone for how big the enclosure should be, but one should expect to design the cage just as one would do for a canid of comparable size like the red fox, with possibly more emphasis on floor space than height for climbing, although lower elevations and pedestals a few feet off the ground will likely be utilized.