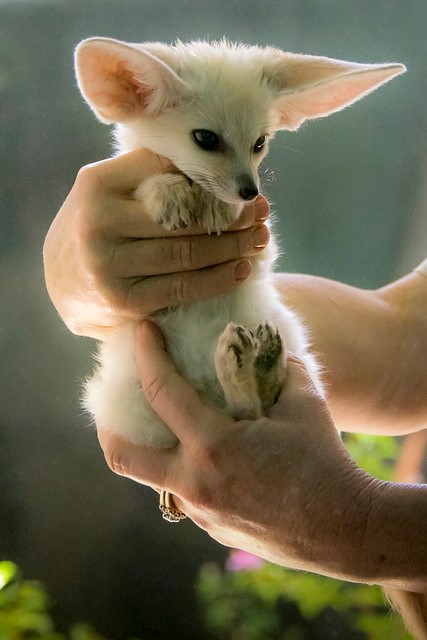 Looking for information on fennec foxes as pets or where to find them for sale? You’re not alone. These Chihuahua-sized canids are becoming increasingly popular exotic animals that people seek to own, and for good reason. They are often touted as one of the ‘easier’ exotic pets to maintain as a house pet, as they are seen as clean and can be kept in a relatively small enclosure. But not so fast; before considering adding this tiny fox to your household, be sure that you understand what you’re getting into.  Be realistic about what to expect from an animal that is a fox species, not a pet selectively-bred by humans to be unusually docile and adaptable to typical pet-keeping practices.

Before even considering a pet fennec fox, you’ll want to ensure the species is legal in your state. Unfortunately, animals in the fox family are commonly banned in most states because wild, native foxes are rabies vectors and there are no approved rabies vaccines for them. Such vaccine-development requires expensive research that has only been conducted for the most typical pet species (dogs, cats, and ferrets) and farm animals.

Here is a list of some states where fennec foxes (not all foxes) are probably legal for average people to own without a special license or exhibitor permit. Unfortunately, one can never know for sure because animal laws frequently change and information becomes outdated, so you must call your state’s Department of Fish and Game yourself or find a reliable owner to help you. In addition, check your local municipalities, home owner associations, and landlord policies, as these can also affect fennec fox legality.

Some states fennec foxes may be legal to keep in 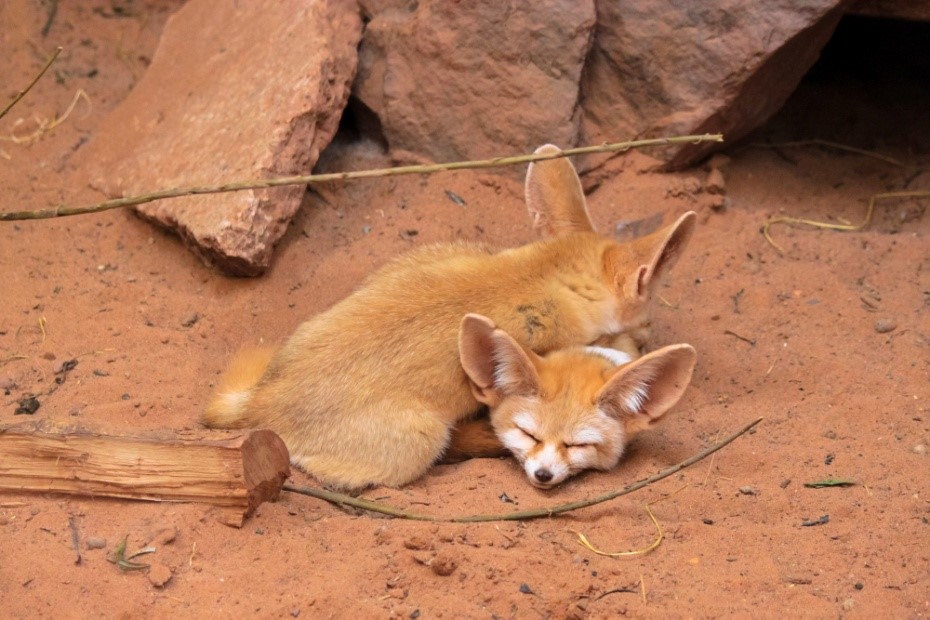 “Fennec Fox” by Andy Hay is licensed under CC BY 2.0

A quick search of fennec fox videos on Youtube shows just how energetic and noisy they can be. They are extremely fast and excitable. Particularly when their owners come home, they will squeal with delight. However, this energy burst is thankfully not continuous. Most of the time fennec foxes are sleeping, similarly to cats. These are playful animals that enjoy interacting with their ownrs, which is not something you will always get with non-traditional pets.

Still, being foxes, don’t expect to grab them and cuddle them as some common domesticated animals will allow. With exotics, it’s always best to let them come to you. Fortunately, many fox owners get this cuddly down time with their animals at some point, once they calm down. Like cats, they will have an independent and aloof personality, as well as skittishness.

A good cage will ensure the comfort of your pet and will encourage a positive relationship between the two of you. With an animal that is so high energy, enough room to perform species-specific behaviors is a must. Fennec foxes are slightly more adaptable to domestic conditions than other uncommon exotic mammals, and you can ‘get away’ with somewhat small housing, such as a foldable, standard-sized cat cage.

The catch to a small cage is that the fox must have ample time to come out to play and burn off energy. This might be more difficult than it sounds to achieve daily. A reasonable recommendation for caging are two attached Ferret Nation cages or something similarly-sized, but bigger is of course better and will make caring for the fox easier. 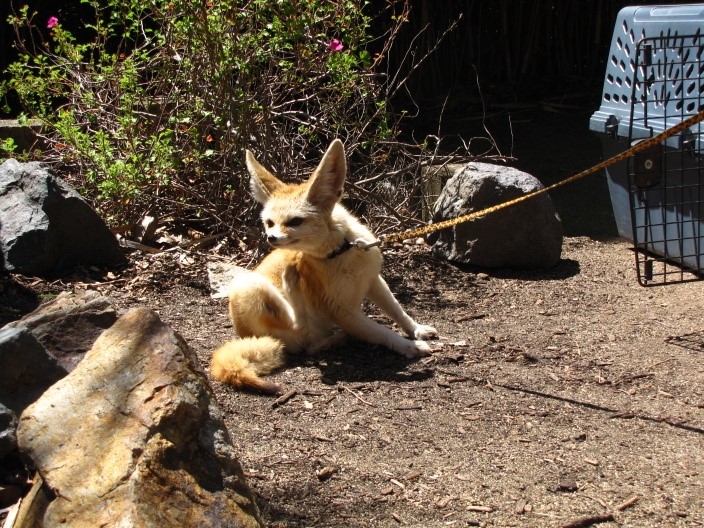 “Fennec fox not happy with her collar” by eileenmak is licensed under CC BY 2.0

People feed their fennec foxes various diets. While fennecs are omnivorous, it is often stated that they need higher levels of taurine in their diets like cats; therefore many are fed cat food. Since fennecs are not really domesticated, many owners feel they should feed them a diet similar to what they would get in the wild. This means raw meat, feeder insects, fresh vegetables, and rodents. Sometimes people feed live mice, but this is utterly unnecessary and not a humane option.

You are unlikely to secure any food sources that a fennec fox will find in the wild, so the logic of a ‘natural’ diet doesn’t make much sense. A high quality commercial diet will ensure that your pet is getting a nutritionally balanced meal. Raw or cooked meat, eggs, and frozen feeder mice can be added to supplement the diet and provide enrichment. Fennecs can also accept pet-friendly fruits and vegetables.

Some owners report that their pet fennec foxes will use a litter box, but most say their use of these receptacles are sporadic at best, and the foxes will think nothing of depositing droppings during cage outings. Never expect exotic pets to be consistent with litter box use, if they use it at all, but some individuals are better than others. You can encourage foxes to go in one area with positive reinforcement, or just place a litter box where they tend to go most often. Luckily, being desert animals, fennec foxes have relatively dry droppings that are easy to clean, and less urine. They also lack the potent scent glands that are common in so many animals.

Where to purchase a fennec fox

Obviously, fennec foxes and other animals should be purchased from a licensed and reputable breeder. Sometimes exotics are offered for sale online, but it is illegal for anyone without a USDA license to sell them. You’ll also want to use a breeder that will give you honest information on how to care for the animal and what it’s like. This leaves a limited number of places where the fox can be obtained. You will likely need to use a breeder that won’t be located near you so shipping with an Airline will be a necessity, unless you are willing to drive out to pick up your kit (this is recommended if possible). Fennec fox kits are placed into homes at a young age to allow proper bonding.