States Where Pet Monkeys Are Legal (2018)

In what states can you own a pet monkey? The answer is not so simple. The practice of keeping primates as pets is extremely controversial, and as of current (2018), there is an extremely limited number of places where they are legal as pets. Not only are there a handful of states left that allow some type species of monkey or prosimian (lemur family), finding a region in these legal states will also prove to be a challenge, as most cities, counties, and even neighborhood associations ban them as pets.

Primates are undeniably a challenging pet to keep, but some species are so small, they pose little threat to the public beyond bite wounds no worse than what small dogs can inflict. Primates are one of the most popular captive species feared for spreading deadly viruses to humans, but actually finding an occurrence of this will prove to be a challenge in itself. In reality, monkeys are prone to catching diseases from humans, which can be a significant threat to them and adds to the challenge of their care.

While monkeys are high-maintenance pets, some monkeys (black capuchin) have even been trained to care for the disabled, which challenges the notion that they are all high-strung and entirely unpredictable animals incapable of living with humans. Here are the remaining states where at least one primate species is legal. 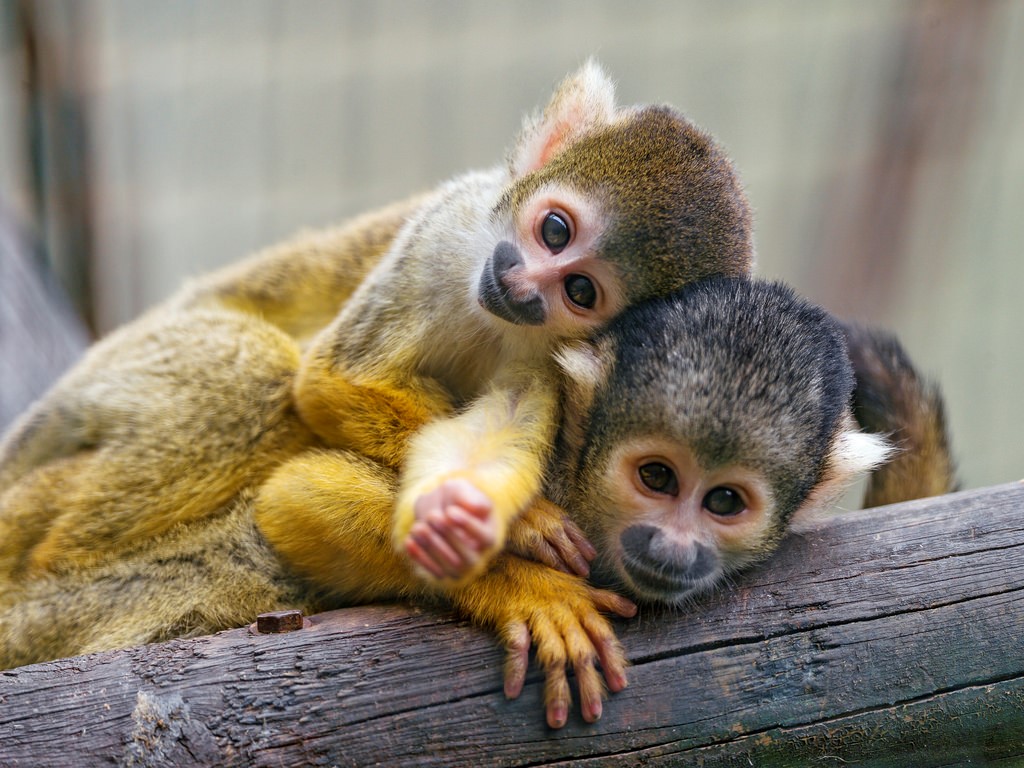 Photos curtsey of Tambako the Jaguar Via Flickr CC BY-ND 2.0

North Carolina
This is one of the few states that still allow a vast number of exotic animals including some species of big cats, bears, and wild canines. In most cases, illegal animals in North Carolina consist of animals that are native to the United States, are rabies vectors, and some select potentially invasive species. This leaves all primates (those not controlled by Federal legislation) legal in the state. There is one massive catch, unfortunately. Most North Carolina counties ban many exotic pets or require extensive conditions. There are a small number of counties where monkeys are fully legal, however, and exotic pet owners tend to flock there. Like all animals, monkeys can bite and cause injuries. Unlike domesticated dogs, they’ve never caused any fatalities. There are also no known occurrences of fatalities from zoonotic disease or serious illness in the United States from pet monkeys in recent history.

Florida
All primates in the Sunshine State require permits, but some of these permits are simple to acquire. There are some larger species of primates that require a Class 2 license, effectively making them illegal for regular pet owners, and some of these are howler monkeys, macaques, vervet monkeys, and guenons. All great apes, gibbons and baboons are Class 1 wildlife which requires "substantial experience" to get a permit to own. Capuchin, spider, and wolly monkeys require the submission of documented experience and a reference letter from a licensed professional facility in addition to the Class 3 license.

Nevada
This state is considered to have extremely lenient exotic pet laws; however some animals like foxes and other native animals are not legal. All primates are legal in the state.

Ohio
Ohio used to be an exotic pet-friendly state until a task force aiming to restrict private ownership was empowered by an incident where one man allegedly released his big cats and other carnivores and committed suicide. Unfortunately as a result, most primates are illegal and the remaining species, which seem to solely consist of lemurs, specified marmosets (of which only one on the list is found in the pet trade), squirrel monkeys and capuchin monkeys require registration. The requirements of registration are relatively extensive. The animals must be micro-chipped and the applicant must provide substantial information. Bizarrely, the Ohio code lists specific primates that are illegal that include smaller monkeys like titi monkeys, tamarins, and a few other species that are rare or non-existent in the pet trade, leaving out many larger primates such as macaques, gibbons, and even great apes. Does this possibly mean that these species are unregulated and therefore legal even without registration?

Texas
In the Lone Star State, specific animals are named as being illegal. Primates that aren’t great apes and baboons are legal.

Mississippi
This state names the following primates (all great and lesser apes) as ‘wild animals’ and makes it illegal to own them: gibbons, orangutans, chimpanzees, siamangs, and gorillas as well macaques and baboon species. Other monkeys should be legal.

Tennessee
This state has relatively lax laws on primates as long as you aren’t interested in great apes, lesser apes, and baboon species. Those large primates, including chimpanzees, orangutans, geladas and gibbons, are considered Class 1 or Class 2 wildlife and are illegal for pet owners. All other primates are legal and no registration is required, making Tennessee a very primate-friendly state in comparison to others. 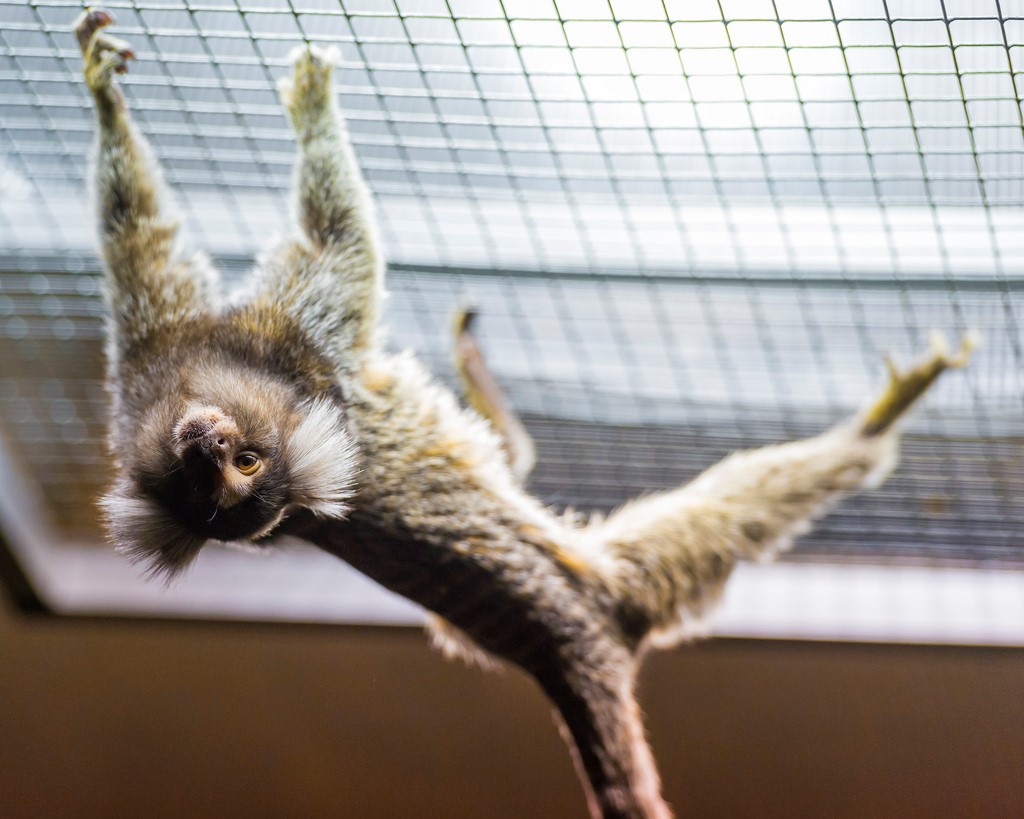 Alabama
Primates should be legal in this state, as only certain native animals and rabies vectors are cited as being regulated.

West Virginia
This state has enacted legislation where people can apply for a permit for an exotic pet from the state Fish and Game director. Assuming that this permit is obtainable and the requirements aren’t unfair or excessive, this would make all primates legal.

Indiana
This state has a permit system for "dangerous exotic animals" but the only primates considered to be such are gorillas, bonobos, and orangutans. All other primate species should be legal. 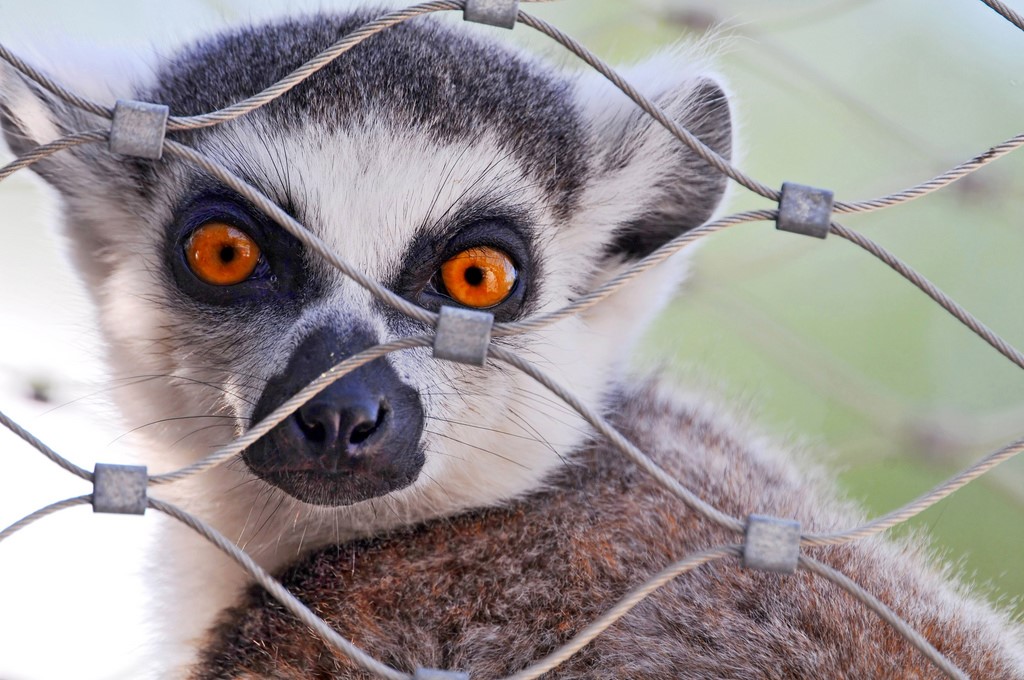 Arkansas
Certain large primates, apes, baboons, and macaques are banned in Arkansas, but other primate species appear to be legal. There is a requirement that all primates need to be registered, however, and their enclosures must meet or exceed the requirements set forth by the USDA, which is not unreasonable. There is also a law that restricts the primate owner from having the monkey roam at large (very reasonable) or having public contact with the animal (less reasonable).

Wyoming
The Wyoming Fish and Game Department issue permits for most species of exotic animals, also called "living wildlife", and the only exceptions that don’t need one are common pet and farm animals. This makes primates legal provided that these permits are actually obtainable.

North Dakota
A Non-Traditional Livestock permit is required to own ‘Category 3 Animals’ which includes primates, bears, wolves, venomous reptiles and big cats. These animals are "subject to additional housing and care requirements", which vary according to the species. For primates, there are disease testing and caging requirements. For example, an indoor primate enclosure should be at least two square feet per pound of adult body weight for each primate and a 50% increase for each additional primate. There should be a primary enclosure, or indoor enclosure within a building and a perimeter fence for outdoor enclosures (even though all primates can climb well).

Nebraska
A Captive Wildlife Permit is needed to possess a few exotic species such as wolves, skunks, and big cats, but there are surprisingly no regulations on primate species.

Kansas
Larger exotic animals are banned in Kansas, but some smaller exotics such as porcupines and monkeys are not.