The Tiniest Exotic Pets You Can Own

Owning small pets has a lot of appeal. In general, smaller animals can fit in smaller enclosures, and subsequently are more suitable for smaller homes and apartments. Tiny animals also possess the ‘cute’ factor, so they are often sought after as pets. Care-wise, smaller pets can appear to be less intimidating to first-time pet owners, but don’t let their size fool you. Little pets are sometimes even more delicate and challenging than the larger versions of their species. Therefore, be sure to do thorough research to ensure that a small pet is right for you. 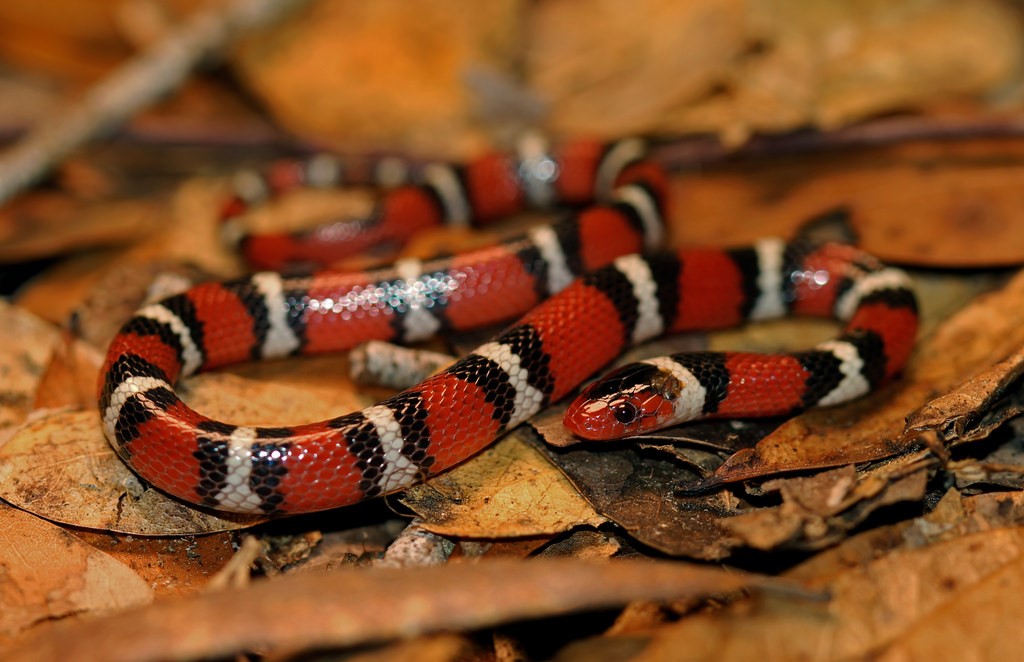 Snakes tend to instill fear in people, which is why someone might seek out a smaller species to start with. Most snakes in the pet trade top out to at least 3-4 feet, which sounds like a lot, but really isn’t that big for a snake depending on its width. Colubrid snakes (that tend to be ‘skinnier’) can appear much smaller at longer lengths. Truly tiny snakes include various king and milk snakes, with the smallest being the Scarlett King snake (14-20 inches), although unfortunately this species is hard to find and a difficult to care for lizard-eating specialist (scent marking could possibly help them transition to rodent prey). Most people would be comfortable with the size of a hognose snake (Western hognose 14-24 inches), and the children’s python is small for a python (2.5-3 feet). Another small snake doesn’t have the unsavory appetite for rodents; the African egg-eating snake (24-30 inches) is ideal for someone who doesn’t want to feed whole prey. Garter snakes top out at about 22 inches. 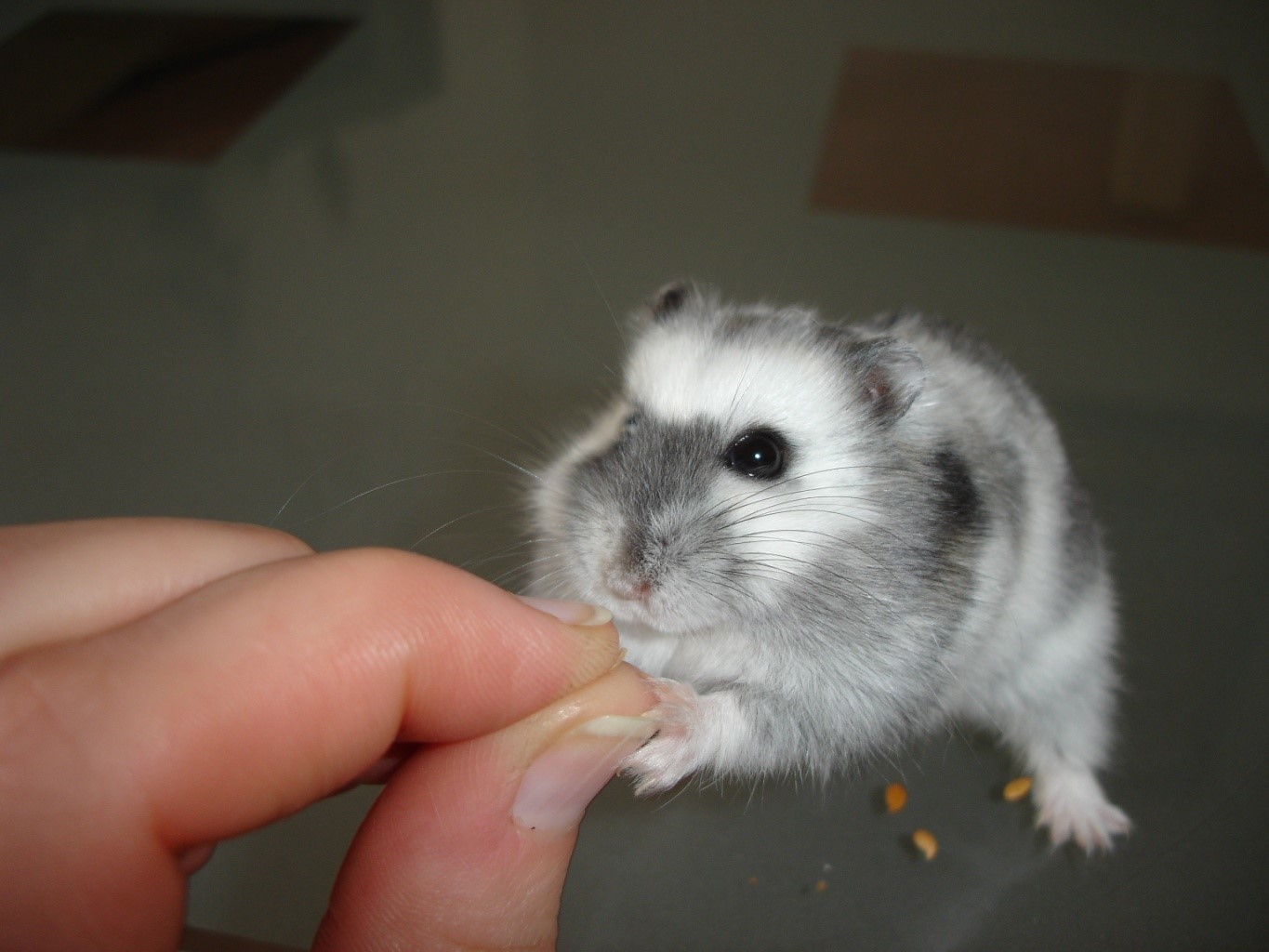 “Russian Dwarf Hamster” by cdrussorusso is licensed under CC BY 2.0

The smallest mammals you can own are rodents; specifically mice and dwarf hamsters. While domesticated fancy mice are the most popular mouse species, there are some less common species of mouse that are sometimes available, such as spiny and zebra mice. There are several popular small hamster species: winter white, Chinese dwarf, Russian, Campbell’s, and Roborovski hamster (which are the smallest). Many hamster owners recommend that despite their size, they should have a large enclosure of even a 40 gallon minimum. Outside of the United States, the smallest rodent owned is the pygmy jerboa, a species that unfortunately was banned from import to the United States after the 2003 monkey pox scare. They are also very hard to care for. 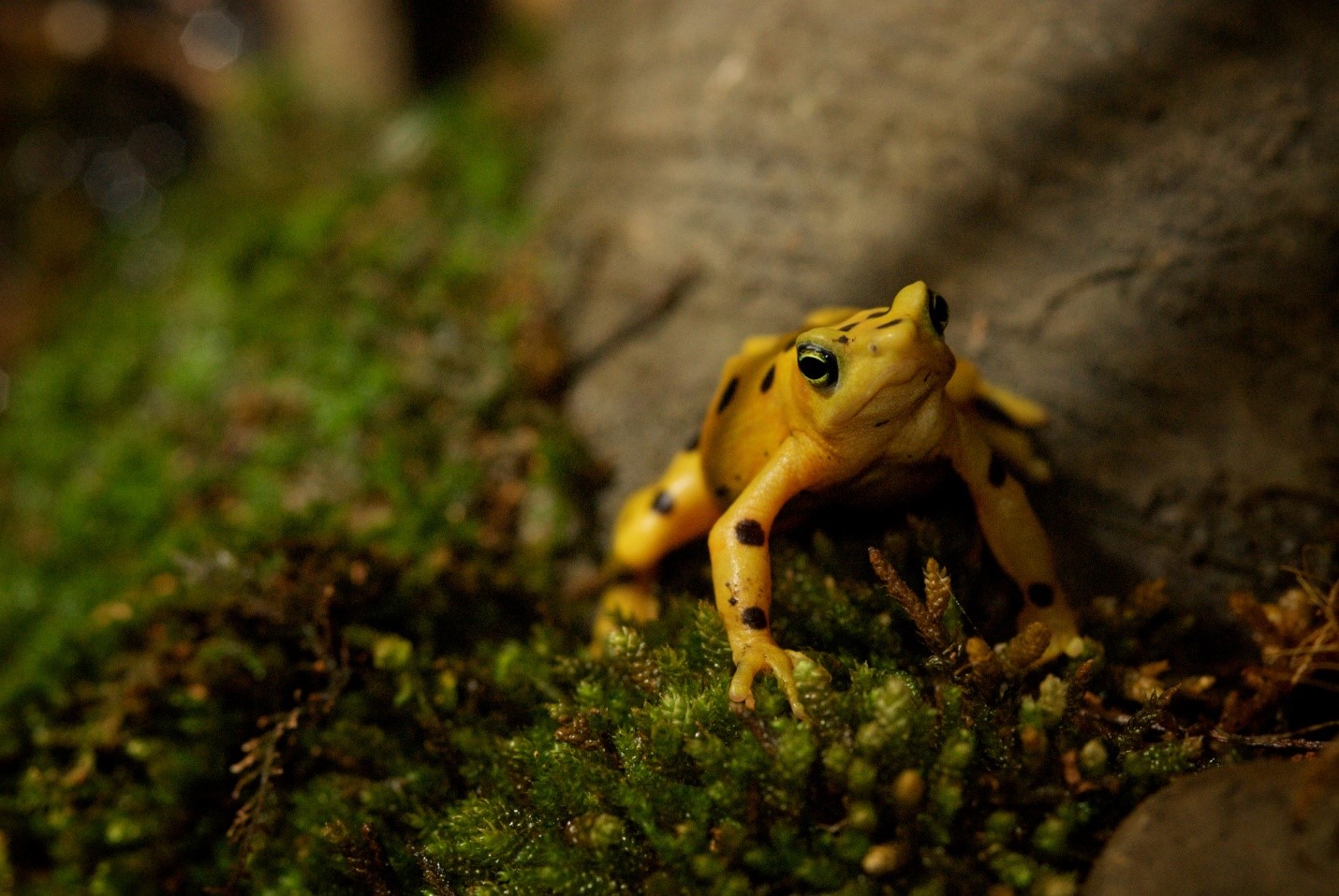 “Poison Dart Frog” by Keith Kissel is licensed under CC BY 2.0

Dart frogs are wonderful pets for owners who like to create tiny and beautiful ecosystems that they can observe, similarly to a fish tank. Dart frogs cannot be interacted with; rather, their beautiful colorations make for a dazzling display in a planted and bioactive terrarium enclosure. Features such as waterfalls and misters can even be added to make it look like you have a micro-jungle in your own home. While they are called poison dart frogs, the amphibians gain toxicity from their diet in the wild and are neutral when raised in captivity. There are many species of frog that you can own but not all species are compatible with each other, so be sure to do research to choose the right animals for your tank. Another very small species of frog is the African dwarf frog. 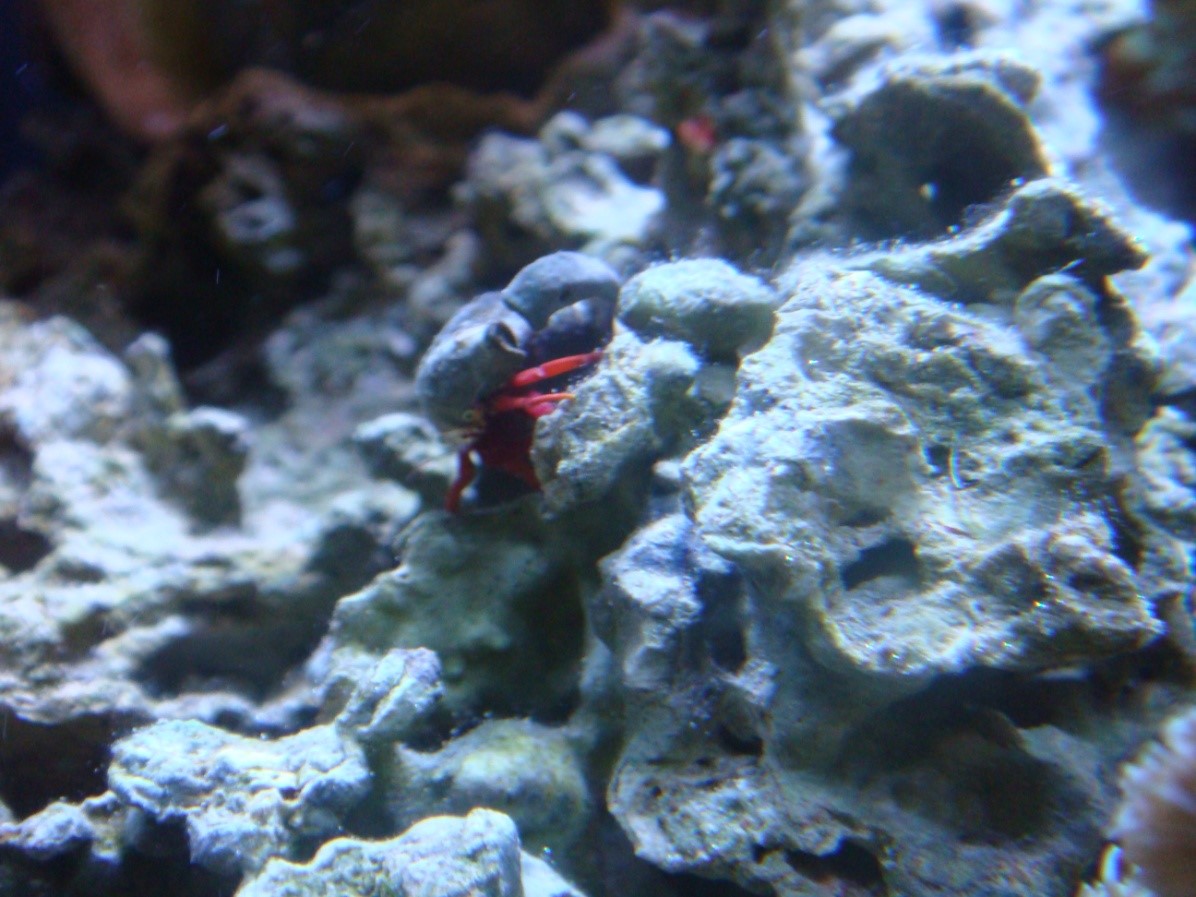 “Hermit crab” by Debs (is licensed under CC BY 2.0

There are many tiny crustaceans that can be owned in captivity. Various species of hermit crabs remain very small and are the perfect ‘clean up crew’ for marine tanks that have live rock. One fascinating species is the pom pom anemone crab. This small species carries two anemones in its claws for protection, waving them at potential predators like a cheerleader. 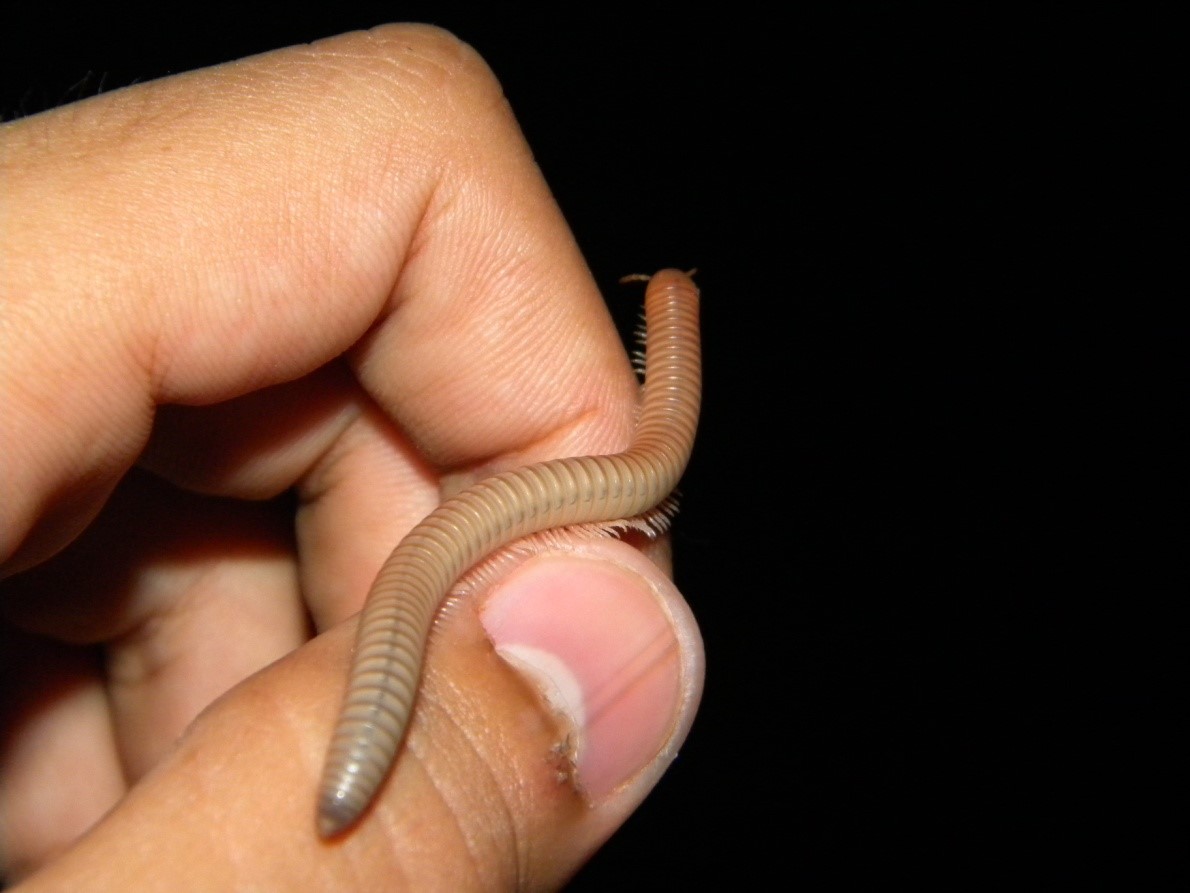 “Millipede” by Maximilian Paradiz is licensed under CC BY 2.0

There is a wide array of ‘pet bugs’ to choose from, and some are even not so small, such as the bird-eating spider and ‘leaf bugs’. Some of the smallest bugs you can own are ants, domino roaches, and various tarantula species such as Euathlus sp. red (Chilean Flame). There are also small species of millipedes. The diversity in the arthropod kingdom is far too vast to list everything, and some bugs can be caught outside and kept as ‘pets’. 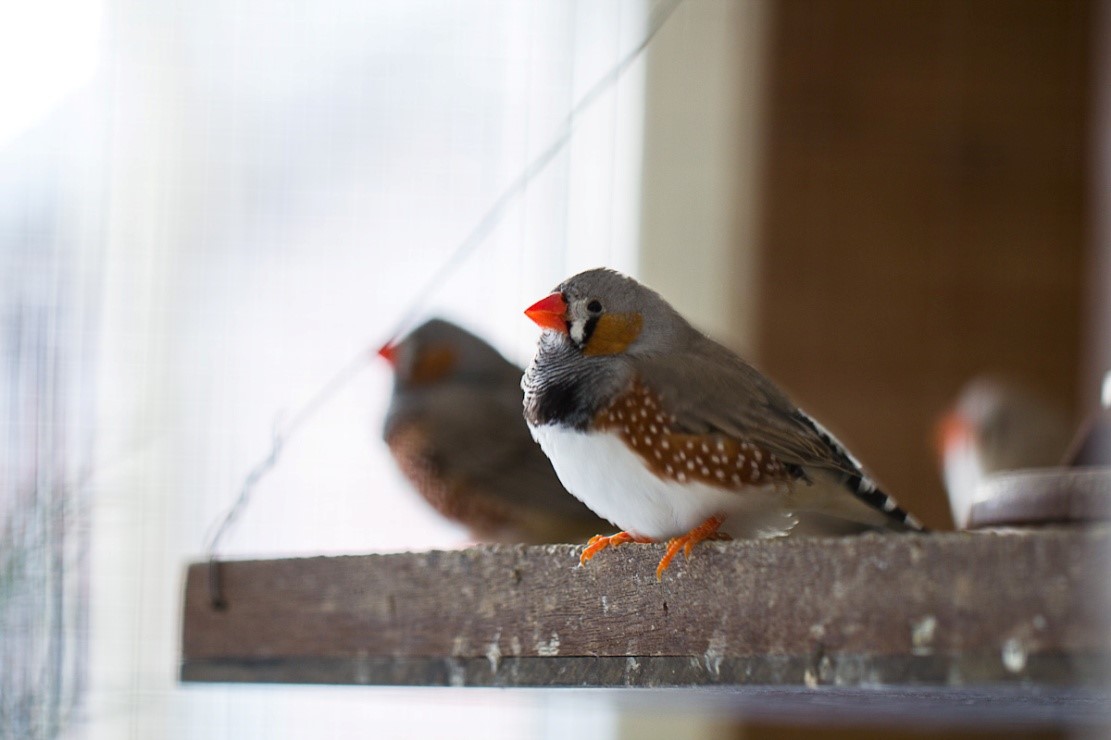 “Zebra Finch” by Slvl is licensed under CC BY 2.0

Finches are tiny, short-lived soft bills that are not very interactive with their owners but have relatively easy care. It is best to house finches in flight cages as they will not be able to have time outside of the cage. You will also enjoy watching the colorful birds fly around the cage interacting with each other. 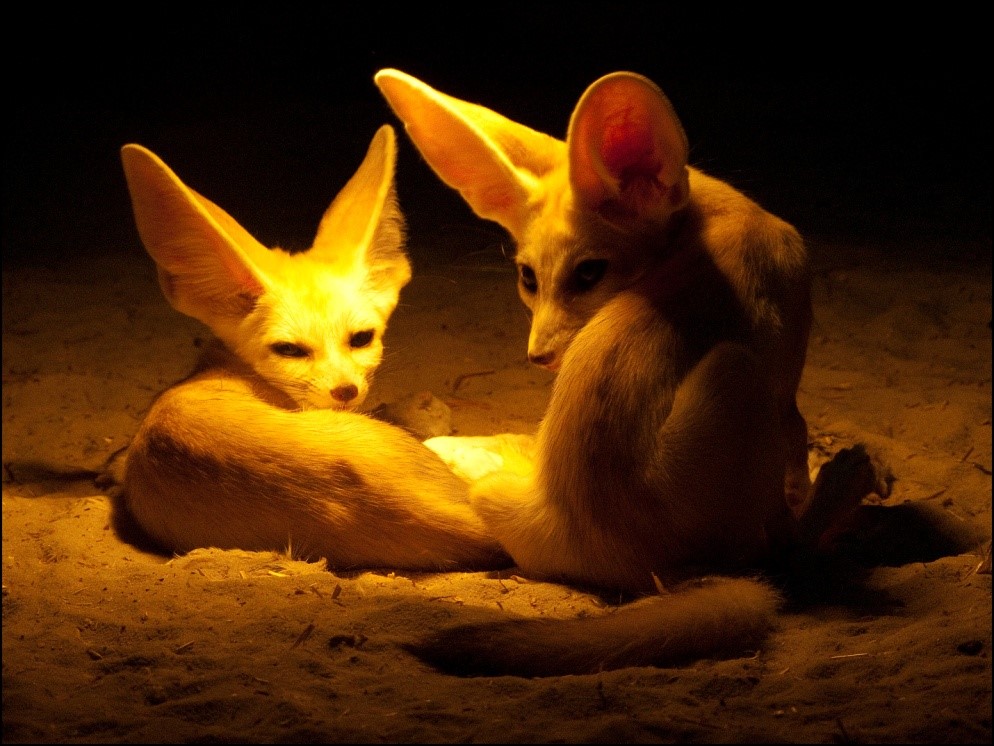 Foxes are pretty large pets, so in comparison, the fennec fox is a tiny version of their larger counterparts (although fennecs are not exactly like red and grey foxes). Fennec foxes are about the size of a Chihuahua, with similarly large ears, but their disposition can make up for their size. Fortunately, these small foxes can live indoors because they do not have extremely offensive-smelling poop and urine like other foxes. Being exotic animals, they are legal in more states than native foxes. Fennecs do however have a very high energy level and can be a handful for owners expecting the calmer demeanor of traditional pets. 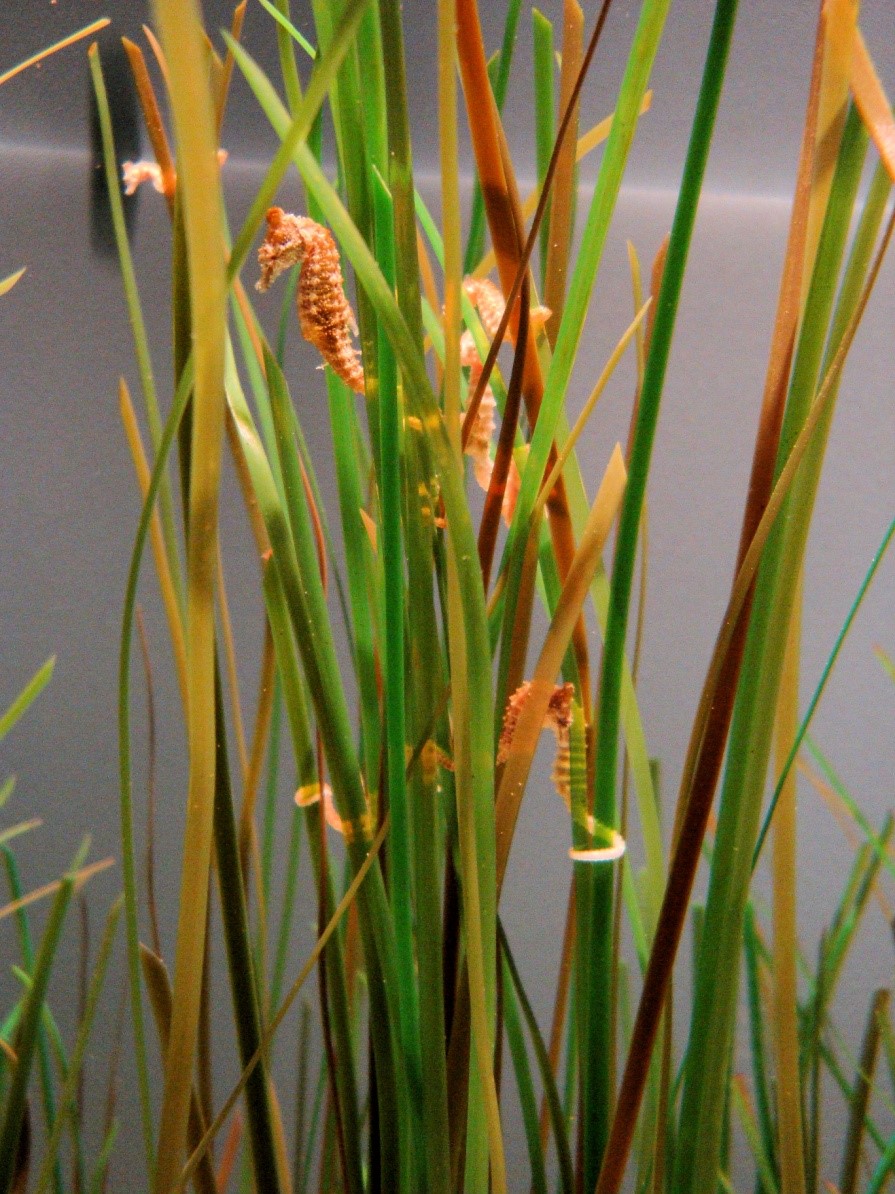 There are quite a few species of fish that are extremely small. For marine tanks, this is the neon goby, which is a popular choice for nano-reef tanks. Another lesser-known species is the dwarf seahorse, an extremely small fish that must be kept in a species-specific tank (a tank without other types of fish that will compete for the seahorse’s food). They can be challenging to care for, as all seahorses are. 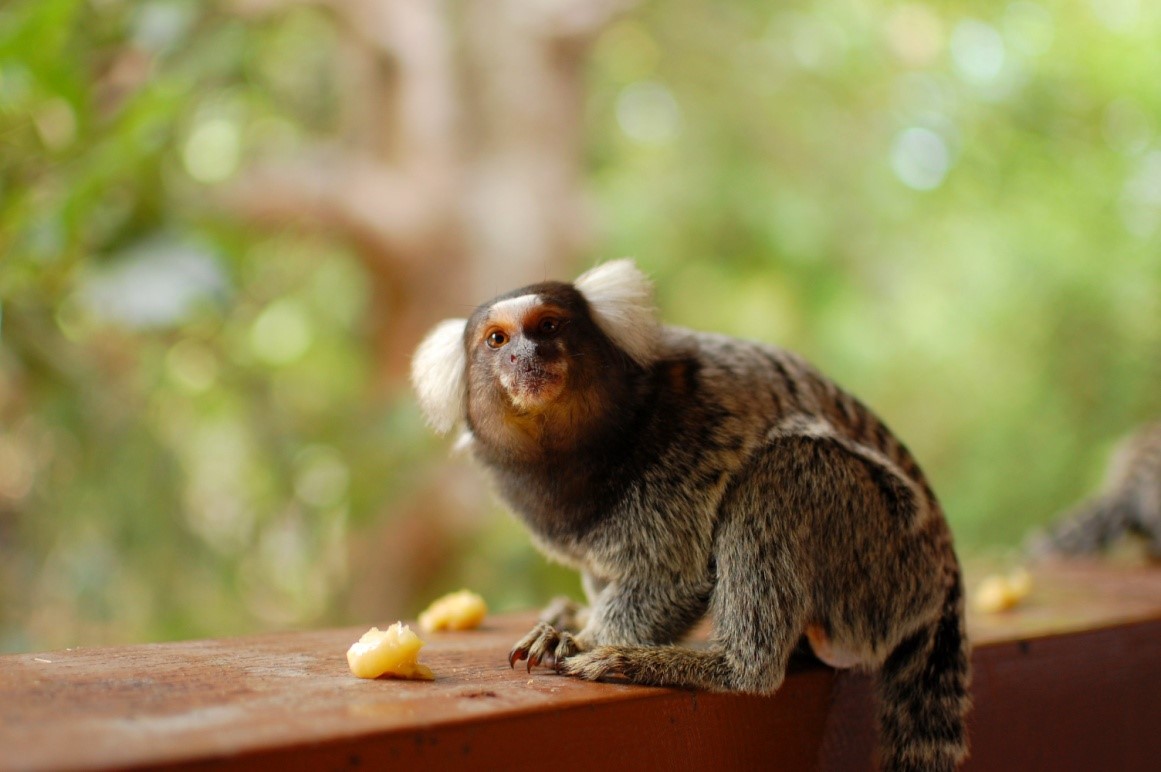 “Cute monkey” by Brian Richardson is licensed under CC BY 2.0

The problem with small monkeys is that while they may be about the size of common pocket pets, they are still very demanding pets. For such a small size, they will still require a large enclosure, at minimum one that their owner can fit inside of. The smaller brains of marmosets and tamarins still function so that the animals will require extensive socialization and enrichment opportunities that are provided and rotated daily. Small monkeys are often purchased more readily than larger primates and for this reason, they may end up being neglected more than other pets. It is important to take owning any pet primate very seriously.