Within the animal kingdom it can be difficult to find those which are truly strict vegetarians. Even animals known for a mostly plant-based diet have the occasional preference or need for animal protein. Toucans for example are frugivores, but in the wild they do occasionally consume animals, and this sometimes includes baby birds! In captivity however, a fruit and pellet diet is sufficient for birds that aren’t being bred.

Among domestic animals there are a small number of animals (outside of farm animals) that don’t eat any meat, but what about exotic pets? Given today’s increasingly environmentally conscious climate and the misguided attempts of some to turn their mostly carnivorous pets into vegetarians and vegans, it needs to be noted that there are alternative mammals that people who do not wish to use animal products can own. These species are also suitable for those who are not comfortable feeding pets that require whole prey and other meaty diets. 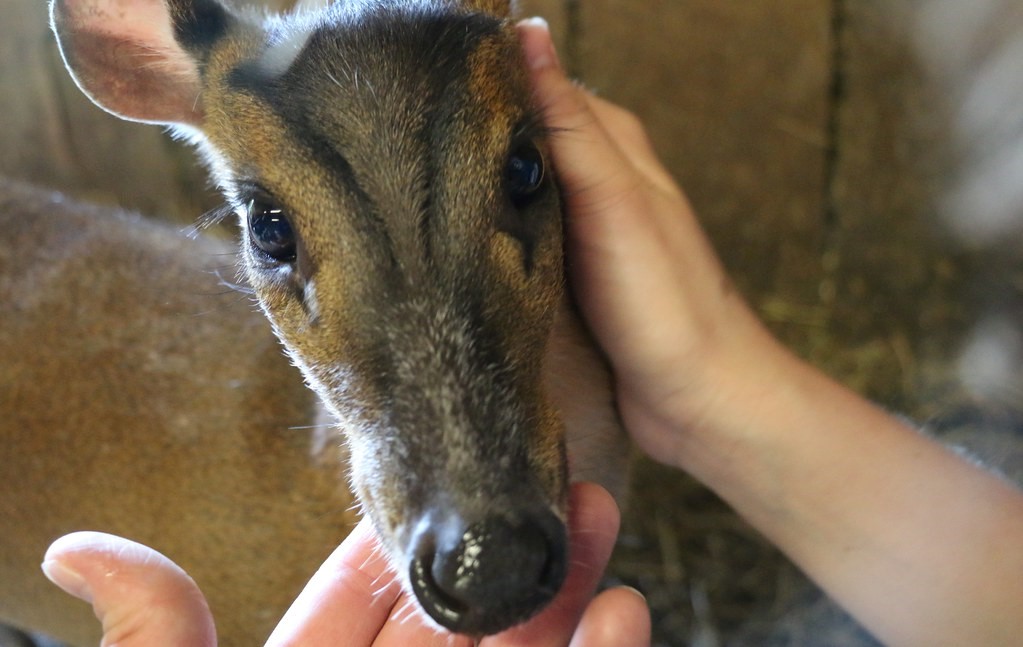 "Muntjac Portrait" by Spherical Bull is licensed under CC BY-NC-ND 2.0

This is a small species of deer that originates from China and Taiwan [7], although there are feral populations in England [4]. The most popularly kept species is the Reeve’s muntjac deer. This species weighs 20-30 pounds and stands about 20 inches tall at the shoulder [7].

While some sources claim that muntjacs make great indoor pets, accomplishing this can be a bit challenging for the typical owner, although it can be done. Muntjacs can be somewhat skittish indoors and have difficulty walking on slick flooring, therefore a large, carpeted area where they can spend most of their time is required if they are to be housed indoors [1].

Like other deer species, they eat grasses, leaves and shoots in the wild. A standard captive deer diet is probably suitable for this small cervid. 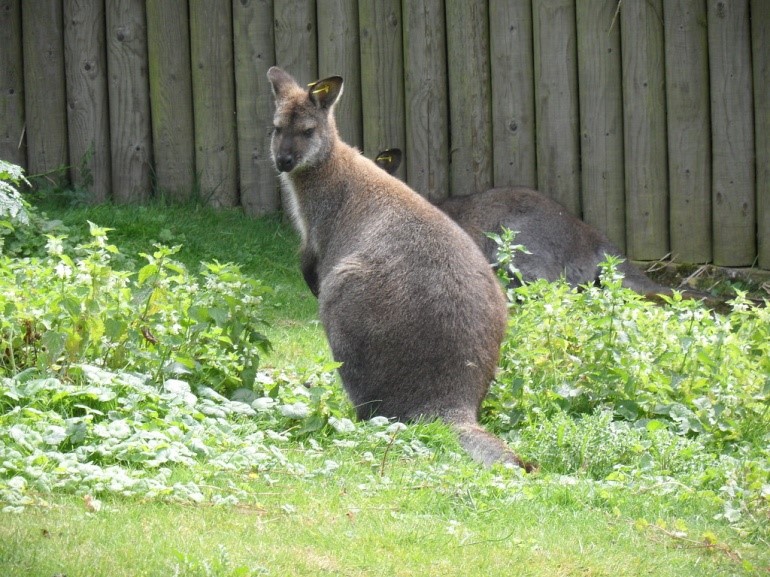 "wallaby looking" by Kevin Ryder is licensed under CC0 1.0

These iconic marsupials are somewhat popular for exotic pets, however they have specific needs to do well in captivity. These larger macropods should not be kept as indoor pets and require an extremely secure, spacious outdoor enclosure that will meet both their exercise and browsing needs. Giving them access to a pasture for grazing and foraging provides for both enrichment and essential nutrition. They are also fed a vegetarian-friendly diet of pellets formulated for horses, goats, or even alpacas. This is supplemented with hay, vegetables, and some fruit. 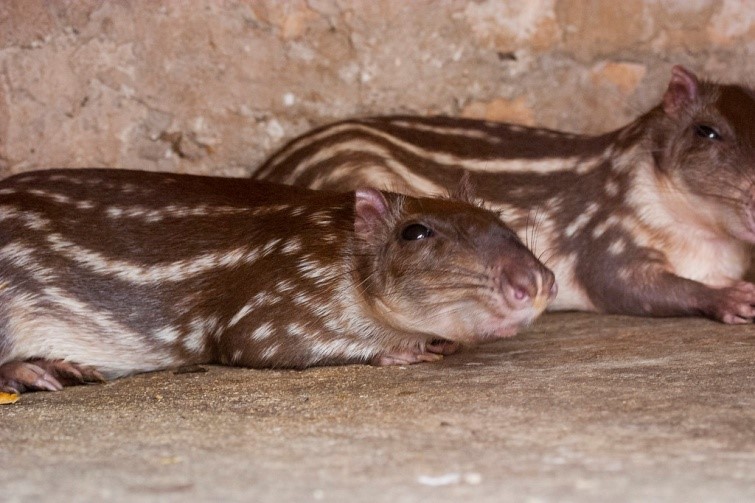 "Spotted Paca" by vintagedept is licensed under CC BY-NC 2.0M

These unusual rodents look like a combination between a deer fawn and pig or a baby tapir. These South American animals are not for beginners to exotic animals because most are imports and have varying levels of tameness even when purchased at a young age. Pacas can weigh up to 30 pounds (although females can be significantly smaller, around 15 pounds) and have sharp teeth that can be potentially dangerous should one become aggressive with its owner, therefore awareness of animal behavior and training is a must. Pacas however, when very well socialized from a young age (no more than 40 days old), can become almost ‘dog-tame’ and make excellent pets [11]. They also have little odor and are easy to potty train, given that they naturally eliminate in water.

While most exotic pets are considered to be somewhat specialty animals and suitable for less people than most traditional pets, sloths are known to be even more difficult as pets due to their fragility, high humidity needs, and highly specialized dietary requirements. To compound these issues, many sloths available in the pet trade are imports and they are extremely expensive, starting around at least $5000. These mostly vegetarian animals are folivores in the wild, consuming berries, leaves, twigs, and other vegetation, although they have been known to occasionally feed on small animals and insects [5]. In captivity however, they are fed grocery store produce and a specialty pelleted diet. Other aspects of their dietary requirements are complex and still require more research. The most common sloth in captivity is the two-toed sloth. 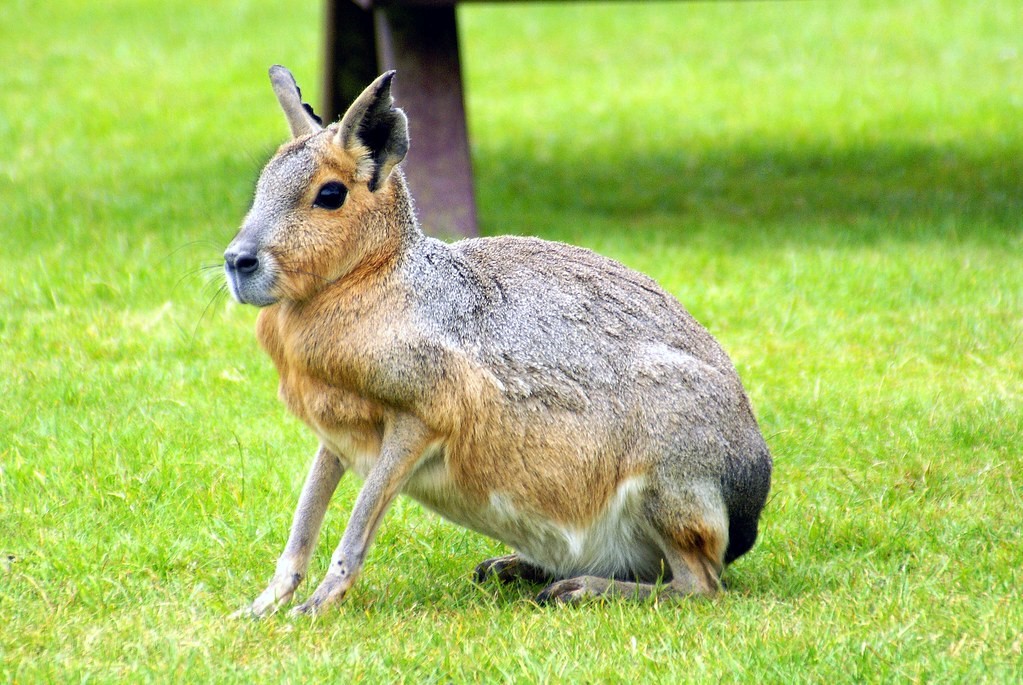 "Patagonian Mara" by Martin Pettitt is licensed under CC BY 2.0

Is it a deer crossed with a dog? The Patagonian mara is actually a South American rodent that is relatively common for an exotic pet. This powerful jumper in most cases should not be an indoor pet because it requires enough room to leap several feet into the air. Also like most rodents, it will be destructive when kept indoors due to chewing and digging behavior. When well-socialized however, they can be a surprisingly affectionate pet and may not even be so skittish [2]. These animals share many traits with their close relative, the guinea pig: they are social and it is recommended to not keep them alone, they have a high dietary requirement for vitamin C that should be supplemented, and they make similar ‘wheeting’ sounds. They should also be fed like a guinea pig, although some owners will feed mare ration or rabbit food and supplement the vitamin C since it is cheaper than guinea pig pellets. 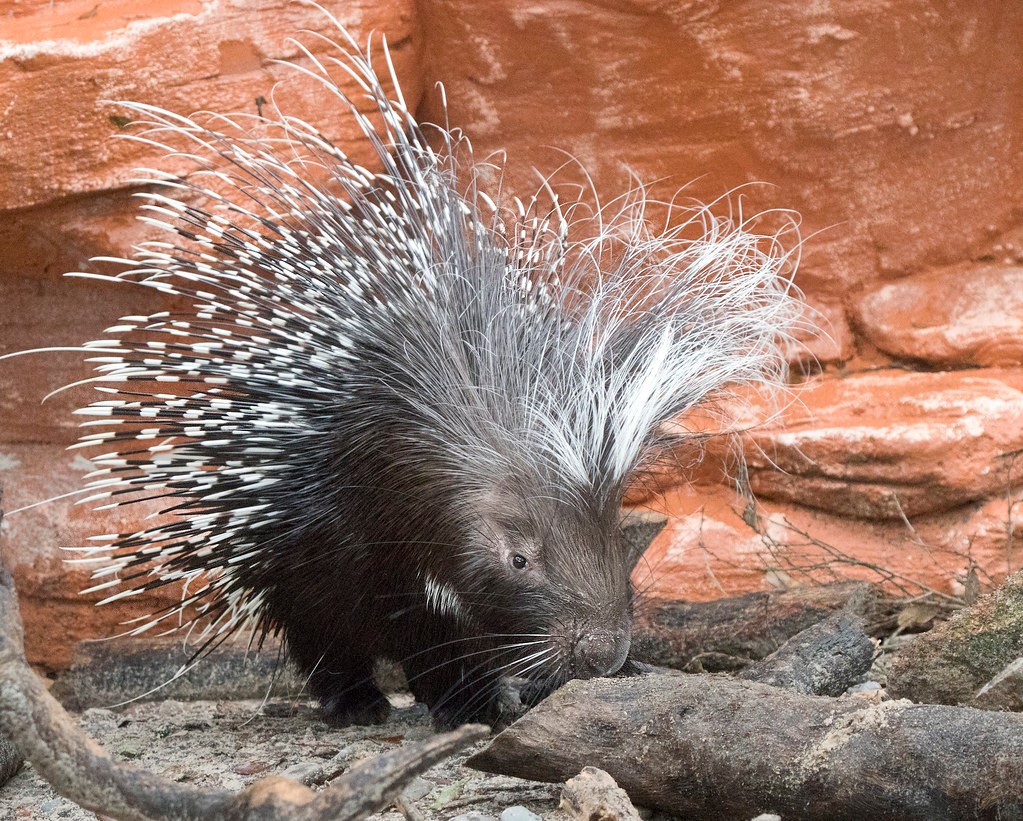 All porcupines eat mostly vegetable matter, although some can act as scavengers and eat animal material such as insects, carrion, bones, and small vertebrates [9][12], although this is in no way a requirement in their captive diet. These are the ground-dwelling porcupines, with the most popular members being the African crested porcupine (Hystrix cristata) but there are some other unique species that are recent imports, such as the Palawan or Philippine porcupine (Hystrix pumila), which is endemic to the islands of the Philippines [9][12].

The other type of porcupines lives in trees, and they include the popular North American porcupine and the unique-looking Brazilian prehensile-tailed porcupine. All of these are kept as pets in the United States. They are fed a combination of vegetables, fruits, and rodent pellets. 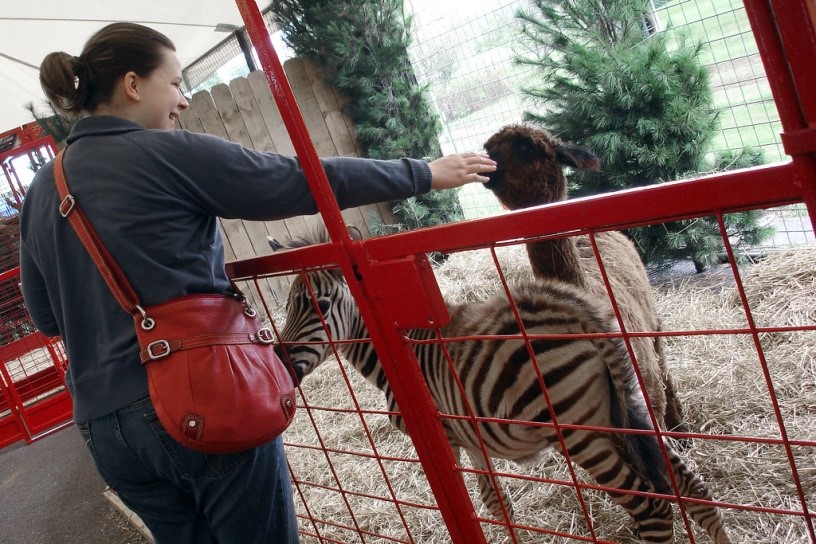 Zebra are actually not as uncommonly owned as one might think. This iconic equid that most associate with the wilds of the Serengeti or some other distant African landscape is sometimes kept as non-traditional livestock alongside donkeys, the domesticated animal which they are most closely related, and other hoofstock. Zebras will certainly be more skittish than most donkeys and mules and they have similar upkeep to other non-domesticated livestock like bison. They also require high fencing of at least 6 feet tall [10]. Stress reduction plays a more important role in keeping zebras than with horses. Zebras can be maintained on a diet that is similar to horses, composed of grass hay, pellets, but with less grain than what horses get. 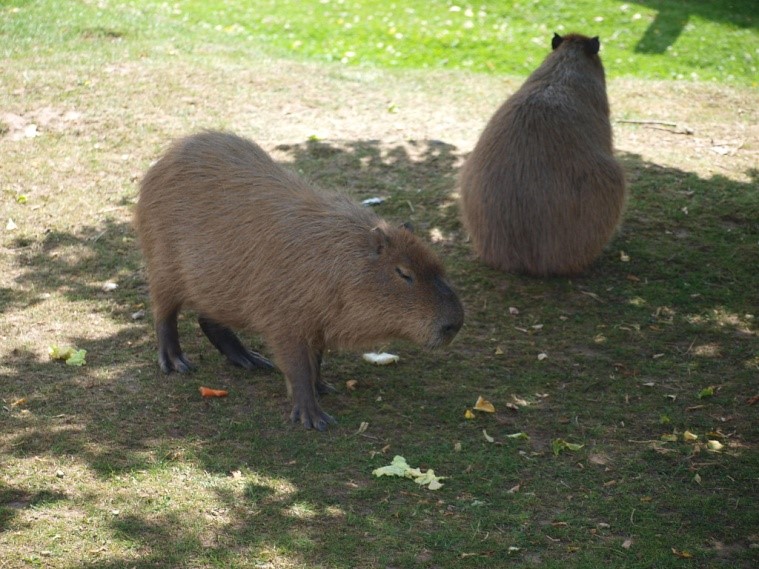 The largest rodent in the world can also make a good pet for some people, provided that they have a decent water source for the animal to swim in. This semi-aquatic rodent is native to South America, although there may be small populations that exist in Florida that have descended from captive escapees [6]. These massive rodents are closely related to guinea pigs. In captivity they are fed a varied diet that consists of some type of commercial pellet, such as monkey, guinea pig, or rodent chow, hay, browse, leafy greens, and some fruit [3].