What Is a Finger Monkey and Are They Legal As Pets?

Where to find finger monkeys for sale?

Peppered throughout the internet are images of ‘finger monkeys’, or tiny primates clasped around a person’s index finger. Since there are tiny pot-bellied pigs, miniature horses and ‘teacup’ pomeranians, people are often misled to believe that there are some type of specially bred ‘pocket-monkeys’ that make better pets.

The so-called finger monkey term generally refers to a species of callitrichid. These are small New World primates that include marmosets and tamarins. This is a diverse group of species, but the monkey species that is most commonly kept as a pet in the U.S. is the common marmoset. The pygmy marmoset is also referred to as a ‘finger monkey’, and more accurately so as it is one of the smallest primates in the world.

Can you own a pygmy marmoset?

It may seem appealing to get your hands on one of these tiny monkeys, but these animals are extremely rare in the private pet trade. The IUCN Red list website lists their conservation status as ‘least concern’; however it appears that this species is traded locally as pets in Ecuador, their country of origin. Habitat loss is also listed as a major threat for pygmy marmoset populations. Despite the fact that their populations seem to be reasonably stable in the wild, the pygmy marmoset is poorly represented in the United States pet trade. 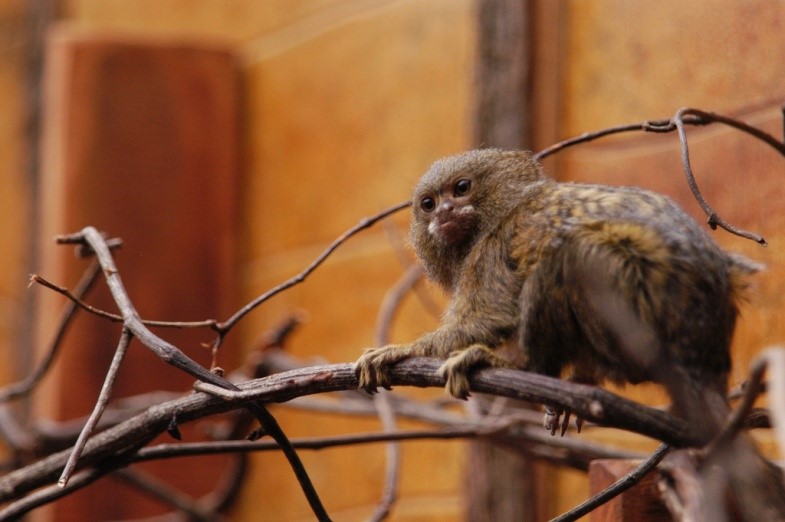 Therefore, sellers claiming to have ‘finger monkeys’ or pygmy marmosets might be referring to the relatively small and frequently-bred common marmoset or such offerings may even be scams. It also needs to be said that a monkey’s smaller size doesn’t necessarily make it a ‘better’ pet; all monkey species are highly socially, inquisitive, and it is generally recommended that they are housed in very large enclosures (ideally a spacious, walk-in aviary) for optimal welfare.

Much of the photos of these ‘finger monkeys’ are of common marmosets (another species is the Geoffroy’s marmoset), but they are juveniles, hence why they cling to fingers as babies normally attach themselves to their mother. Cute as they may be, it needs to be emphasized that these animals aren’t ‘pocket pets’ in any form.

They are extremely active and may possess the potentially injurious hormonal urges of their larger counterparts. One benefit of smaller primates is that they are limited in the amount of damage they can do given their size, but even small teeth can still inflict wounds that require stitches. These are risks that primate owners must accept, unless the animals are being kept with ‘hands-off’ techniques, essentially like display zoo animals. 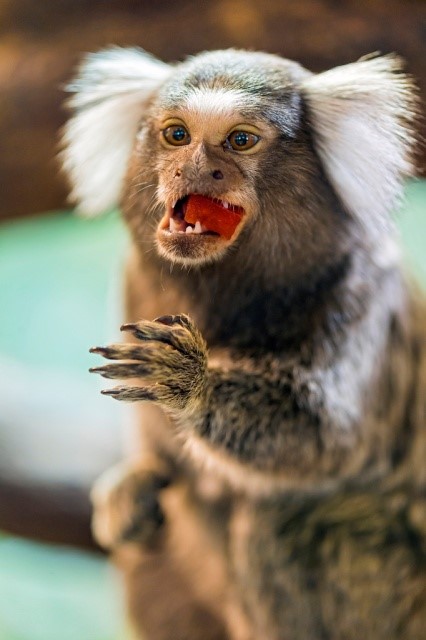 Other species of ‘finger monkeys’