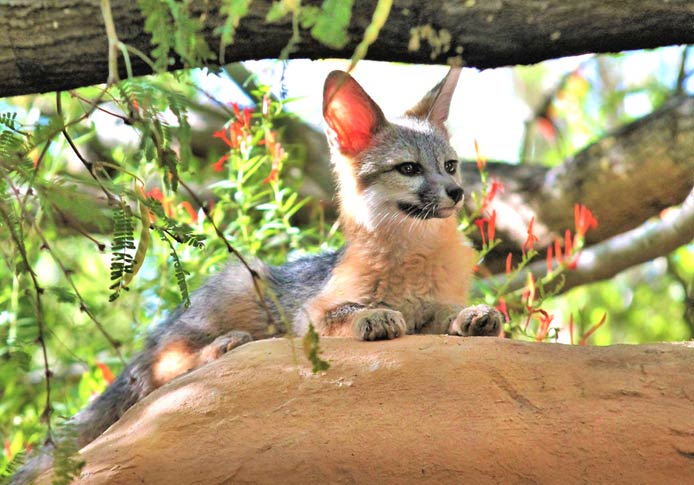 A kit fox rests on a rock Renne Grayson CC BY-2.0 Via Flickr

The short answer is not in most states.

In a small number of states, certain fox species are legal as pets, although most officials will try to discourage it. This is mostly due to a bias against ‘unusual’ animals being kept as pets and the perception that owning anything other than a dog or cat is “unnecessary”. Most people think that foxes belong in a zoo or in the wild, and this sentiment often contributes to states, cities, and towns pushing to ban alternative pets.

In order ensure that a fox is legal to own where you live, you must do your own research by calling state officials. Exotic pet laws change constantly, and just because something is legal in your state doesn’t mean it is legal in your city, town, or even neighborhood association. Before buying a fox, finding out your local laws is the first step before doing essential research to determine if a fox would make a good pet for you. Still, one must be careful not to invite consternation at the thought of someone trying to obtain a ‘dangerous wild animal’ that might lead to a ban where there previously wasn’t one. Simply ask for the written laws pertaining to the ownership of exotic pets.

The following information was gathered through the use of several resources with the hopes of finding the most current laws (this information was collected in November, 2018). Many states’ regulations have been unchanged for years, however, it is not impossible for any of the below information to be incorrect, therefore if there is any confusion about the legality of an animal that you are serious about obtaining, you may need to verify that information by calling the proper governing bodies.

Species that are native to the United States often have different rules than exotic foxes.

States Not on the List and Permit Requirements for Pet Fox

This list is as inclusive as possible for states that allow any species of fox. If your state is not on this list it’s likely that a fox species is not legal and to find out otherwise will require firm confirmation from a state official. Some states were inconclusive because they may allow foxes with a permit but this permit has been said to be difficult or impossible for a ‘pet owner’ to get. In this article a pet owner is NOT a USDA-licensed facility that does exhibition or educational work. These facilities (sometimes this is a person’s house) often can get permits in most states.

You may be able to get a permit if you do exhibition at a library, school, media, ect. but you will be subjected to yearly inspections. Some states appear to allow foxes with permits that they will not give you, such as Maine and Delaware. Others make foxes legal to own in the state but illegal to import, and with no breeders in the state, this is the same thing as banning them. Pet owners used to be allowed to own domesticated foxes in Virginia due to a loophole that was meant to make it legal for fur farmers, but this was reversed in 2017. Unfortunately, legal exotic pet ownership is on the decline because it receives little support or cultural acceptance. 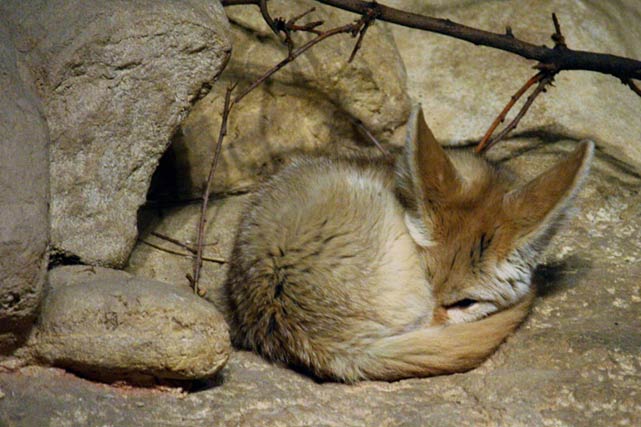 "Fennec Fox" by Marit & Toomas Hinnosaar is licensed under CC BY 2.0

Permit Required: For importation only.

This state is highly unusual in its permitting of all fox species, including those that have been captured from the wild. There is however, a catch. Two native fox species, red and grey foxes, cannot be imported from the following states and countries: Alaska, Arizona, Idaho, Illinois, Indiana, Iowa, Minnesota, Missouri, Montana, Nebraska, New Hampshire, New York, North Dakota, Ohio, South Dakota, Texas, Vermont, Wisconsin, Wyoming or Canada. There aren’t many places to buy foxes, and there are some well-known breeders in Indiana, Texas, and Ohio. In addition, to import any fox from out-of-state, you will be required to obtain a one-time importation permit, presumably this is given to pet owners for the cost of $25. Each household is only allowed up to 6 native wild animals (foxes, squirrels, raccoons, and some other species). For non-native fox species, proof that they were legally obtained and a health certificate issued by an accredited veterinarian is required, which is reasonable.

The Sunshine state has a requirement for a Class 3 Wildlife license to own any defined Class 3 exotic animal, which includes foxes. However, this permit is easily obtainable, and exotic pet ownership is more popular in the state as a result.

Species allowed: All (if permit is given to pet owners)

Like many states, the two species of fox that are native to the United States, the red and grey fox, require a permit for possession. Whether or not this permit is distributed to pet owners is unclear, therefore they might not technically be legal. However, aside from this, Indiana is considered to be a relatively ‘exotic pet friendly’ state. Exotic foxes, such as the arctic, fennec, swift, and bat-eared fox can be owned without a permit.

Species allowed: All, but only obtained within the state.

While foxes are technically legal in Kentucky, the foxes in the following genus are illegal to import, making them impossible to obtain since there are no breeders in the state: Vulpes spp.; Alopex lagopus; Urocyon cinereoargenteus. This includes all the fox species that are available in the pet trade with the exception of the bat-eared fox (Otocyon megalotis). This outlier may technically be legal to import due to a loophole, which means obtaining this animal would almost certainly invite the interest of state officials.

You must acquire a Permit To Hold Game In Captivity (PR1350) in order to possess grey and all color phases of red foxes. The permit appears to be available to the general public, and also includes owners who’ve owned the animals before the rule was enacted (no grandfather clause). The animals must be captive-bred, not taken from the wild. The cost of the application is $45. When you apply for this permit, and inspection of the enclosure will be made to ensure it meets the proper specifications. This includes security, next boxes, shade, bedding, ect. For foxes, the enclosure must be a minmum of 8 feet by 6 feet by 6 feet high for a single animal (more if there will be more than one animal). Photos of the enclosure may also be accepted. Exotic foxes such as fennec foxes appear to be legal without a permit requirement, but they must have a health certificate if imported from out of state.

There is conflicting information about Missouri from different sources. What is known is that a permit (wildlife hobby permit) can be given for native species of fox (they fall under Class 1 Wildlife), which are red and grey foxes. Unfortunately, this permit only allows the holder to obtain the animal from within the state from a breeder who holds a wildlife breeders permit, and apparently there are no breeders in the state. Also, these foxes cannot come inside the house, they can only be maintained in outdoor enclosures. The Department of Conservation’s website states in relation to exotic foxes: “Other state and federal agencies have regulations regarding nonnative foxes.” The DOC does not regulate non-native foxes, but provides no information on other possible governing bodies that do. One former fox owner claimed that exotic foxes are legal and don’t require a permit, but several sources (with no references cited) claim exotic species like fennecs and arctic foxes aren’t legal. That status of non-native fox legality is unclear.

This state requires a Captive Wildlife Permit for grey and red foxes. The cost of the permit is $33 and it is only for animals that are captive-bred. This probably means that exotic foxes are legal without a permit.

Fennec foxes are the only species of fox legal in New York State because fennec fox owners got into contact with lawmakers and brought their pets in to sway this decision. There is some confusion that red foxes are legal in New York, but they aren’t. 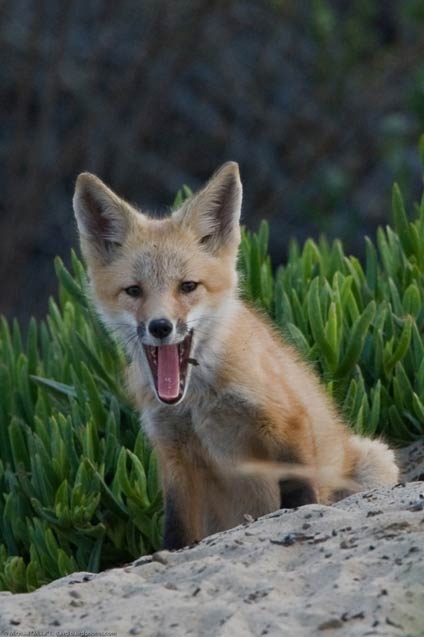 Permit Required: No, except for vet certificate for imports.

This state may or may not allow foxes. Technically, North Carolina’s ordinance states that a ‘fox’ will require a permit (that is not given to pet owners). However, the (current at that time in 2017) state veterinarian has confirmed to one caller that this pertains to native foxes (red, grey) and not exotic foxes like fennec foxes. There are many fennec fox owners in North Carolina that claim they’ve had no problems. Still, because of the wording of the ordinance, the status of this law could be challenged should a new state veterinarian re-interpret it. Therefore, exercise caution.

Foxes are considered to be ‘non-traditional livestock’. Owners of animals in ‘Category 2’ require a non-traditional livestock license. To get this permit, certain enclosure specifications and other rules apply. It is also specified that some Category 2 species require a Permit to Possess, Propagate, or Domesticate from the North Dakota Game and Fish Department, which is distributed from the Animal Health Division of the North Dakota Department of Agriculture. It is unknown if this applies to foxes in Category 2.

Ranch-raised foxes are ‘domesticated’ forms of red foxes. The most commonly available domesticated foxes are those which originate from the fur trade. The so-called Russian domesticated foxes are extremely rare in the U.S. (only a handful of individuals exist in North America) and can only be imported from Russia (they will be spayed or neutered). Exotic foxes are not mentioned, so likely aren’t regulated by this department. This might mean they are legal without a permit.

All fox species (presumably) appear to require a "Noncommercial propagating license" because they are considered to be ‘fur-bearing animals’. This license costs $25. Source: Ohio Department of Natural Resources Division of Wildlife

A noncommercial wildlife breeder’s license is needed for native fox species and presumably other species except the fennec fox, which requires no permits to keep. The license costs $10 and needs to be renewed annually.

All fox species require a Possession permit which costs $10 an animal to a maximum of $100. You will also need an importation permit if the animal is being imported from out of state. State officials will determine if your enclosure is adequate for the species being applied for.

The only legal species of fox is the red fox (Vulpes vulpes). Others are regulated and controlled with permits; however this is rarely, if ever, given to private pet owners.

Native foxes (reds and greys) are Class 2 animals that require a permit which is reportedly distributed to pet owners. Foxes must be purchased from USDA-licensed facilities. Non-native foxes are Class 3 animals and only require an import permit if being imported from out of state.

Native foxes, except for the red fox, require a permit (Chapter 10) to import and possess from the Department. Red foxes only require an importation permit. Exotic foxes are not legal to possess due to environmental concerns. It is not known how obtainable these permits are.