There are 12 different species of Badgers that exist on earth. Here is a list of them and their wild status. 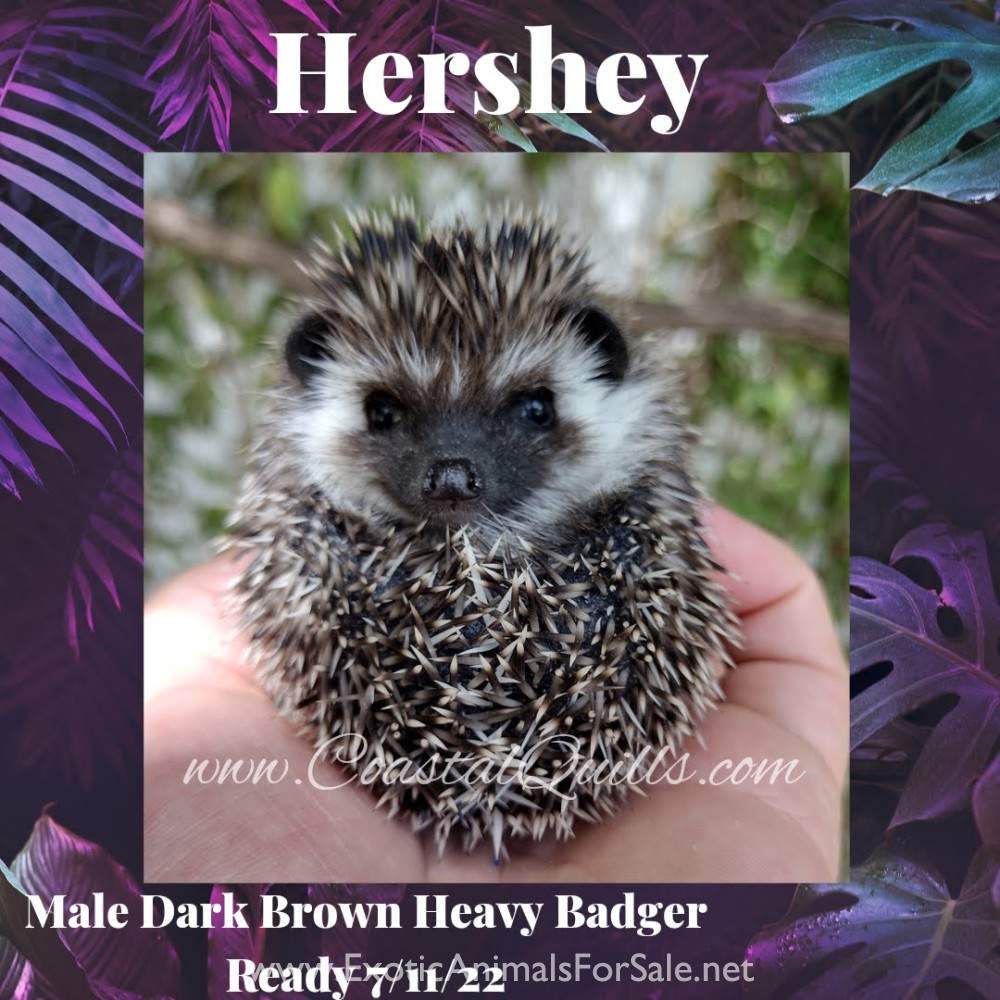 I have 5 African pygmy hedgehogs looking for a great home! They can go to the same home, however can NOT be housed together. Hedgehogs are solitary animals and males will fight! Cobain $250 Color: Dilute Brown DOB: 4/24/22 Gender: Male Coba...

The Sunda and Palawan Stink-badger have recently been decided through DNA that they are not a true badger but are more related to skunks and have been moved to the family Mephitidae. Both stink-badgers are found on the Malay Archipelago, Philippine Island and other western islands in the area. They are named stink-badger because they have a defense mechanism like that of a skunk. They will secrete foul-smelling liquid from the anal glands which in some areas, this secretion is made into parfume.by the locals. You can find them active at night in the forest and open lands adjacent to the forest. Stink-badgers eat insects, vegetation, bird eggs and carrion. They live in underground burrow that they will use for their nest. An average litter size is 2-3 offspring.

The ferret badgers are found in southern and eastern Asia. They are a small badger that has a black face with white or yellow markings. The tail is bushy. Ferret badgers are ominvores in the wild and eat small animals, insects, amphibians, carrion, and fruit. They live in burrows that are formed by objects, as a wood pile, or burrows dug by other animals. Ferret badgers are only active at night.