Deer are a ruminant that is indigenous to every continent on earth with the exception of Australia and Antarctica. They are typically found living in the forests, as well as open grasslands. Deer have been an important animal to humans since prehistoric days. Paleolithic cave drawings show deer being hunted by humans who valued their meat (venison), their skins, and their antlers. 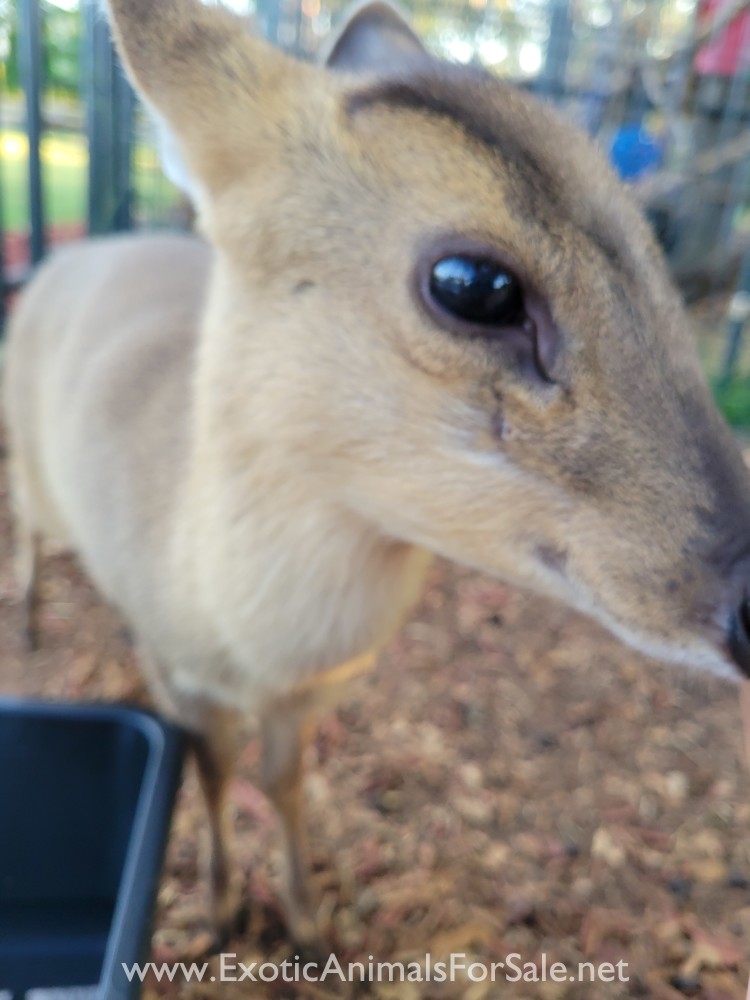 Munjtac deer and wallaby. Both males have always been housed together and would like them to stay together. Both have been used in education shows and are great with people. Both are a year old and have been vet checked. 5 grand for both. Will not me... 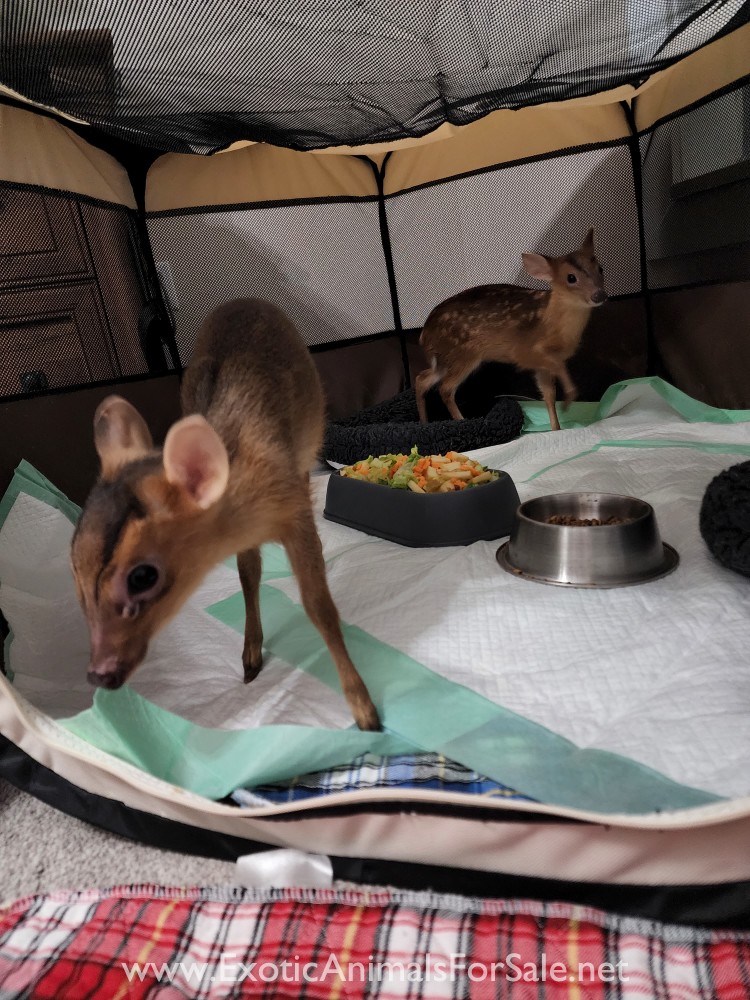 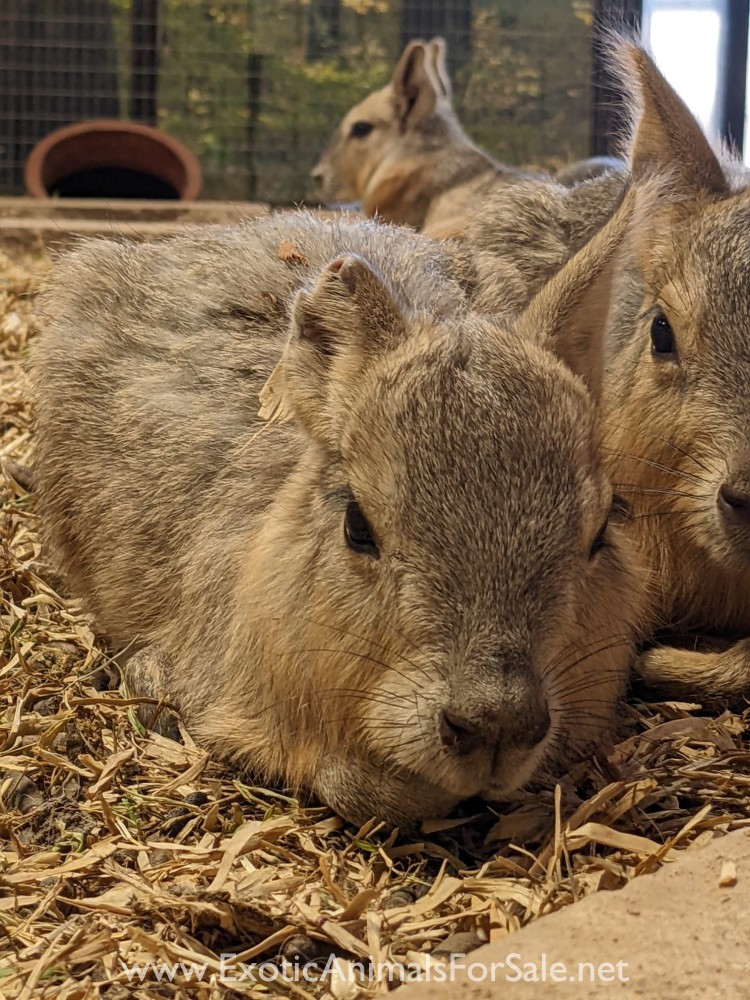 Hi ! We have two male Patagonian Cavies that are 5 weeks old that are for sale. They are parent raised and brought up at a zoological facility and accustomed to hand feeding and human interaction. They are hand-able and are eating solids. We are sell...

I have one mature axis Doe. She will need to be darted. 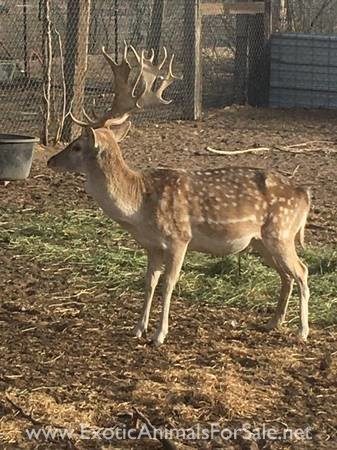 I have one spotted fallow buck for sale. 3-4 years old

Deer need space to roam and graze. They should have very large, pasture-like enclosures with fencing that is eight-feet high at a minimum.

What do Deer Eat?

Deer are herbivore ruminants and, therefore, graze on grasses and other plant material. In captivity, they should be fed a diet of alfalfa hay or alfalfa pellets. Small portions of grain can be given to the animals, but caution should be taking to make sure the dominant buck doesn’t push away the other deer and engorge himself on all the grain. This could lead to enterotoxaemia death.

Deer go into rut, or a mating season, in the fall and the does typically become pregnant within the first two cycles during this time. The gestational period is 234 days; therefore, most calves are born in May and June. They are weaned by fall, in time for their mothers to breed again. Once a female calf reaches about 70-pounds, or about sixteen months of age, she should start cycling every 21 to 25 days throughout the fall.