A monkey can be a challenging but rewarding pet. You have to do a lot of research before fully deciding on getting one as a pet. A monkey is not for everyone or every living situation. Do consider what you have planned in the future and how your monkey will fit in it for some species of monkeys can live up to 40 years. Make sure to check you local and state laws to see if there are any restrictions on having a monkey and if any permits are required for you to obtain one. Call the local vet offices to locate one that will see your monkey for his yearly check-ups and if he is sick. 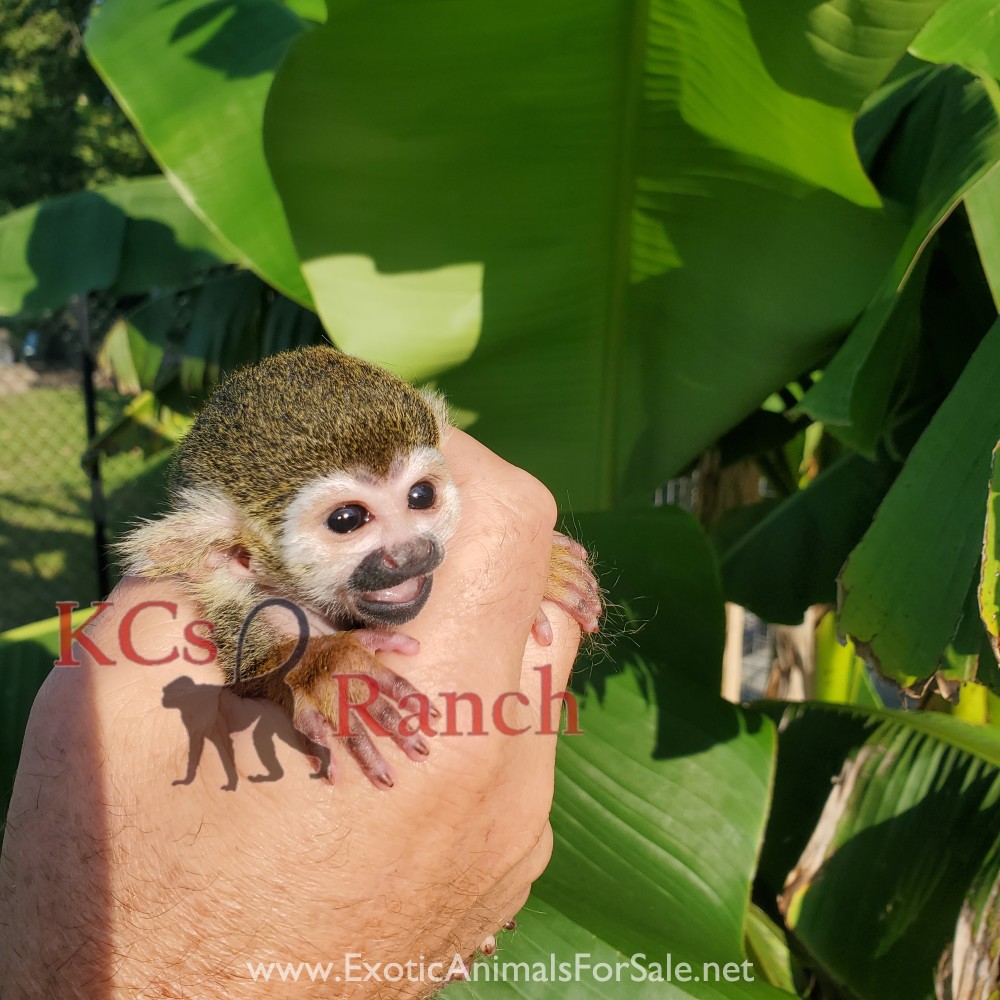 4 week old female squirrel monkey. Ready to go this week. All babies come with a care packag, care sheet along with full lifetime support from us. We are usda licensed 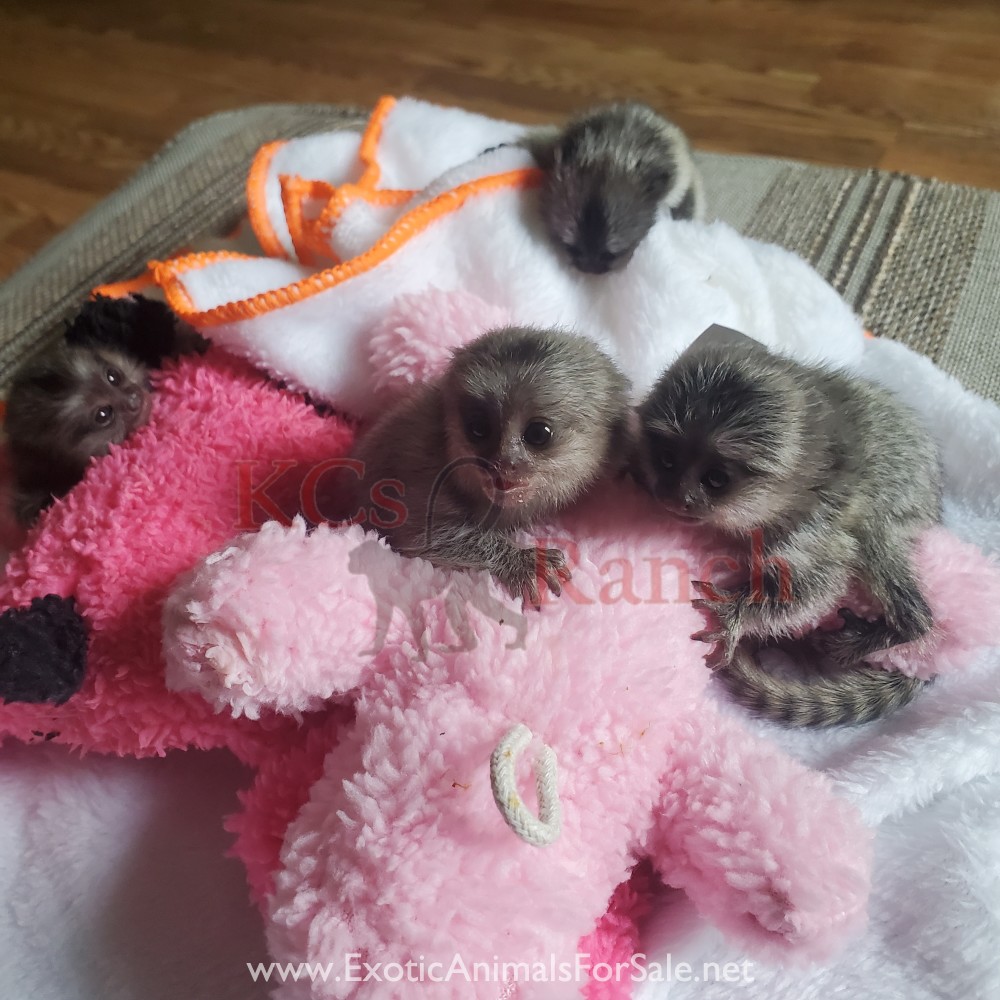 Baby marmoset monkeys ready to go. The baby's have great personalities. We are a USDA facility 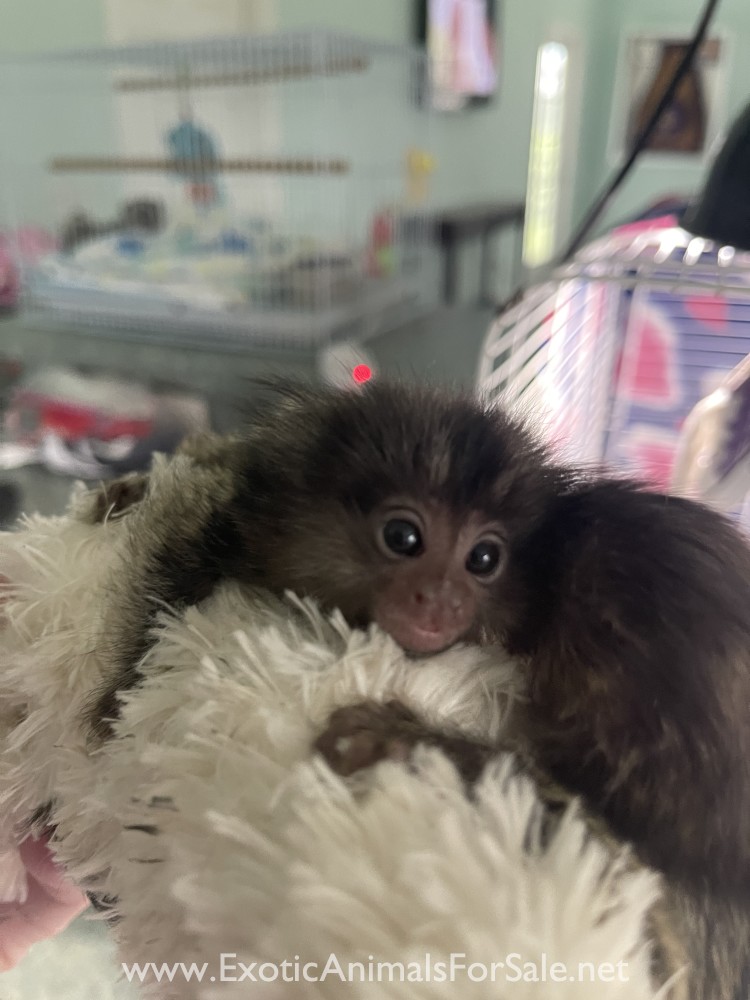 Adorable baby male marmoset is available for immediate pick up. He is ready to join his new family! This little guy comes with his blanket, stuffy, USDA paperwork and a few goodies! You can pick this little one up in Missouri or you can use o...

We have two male green monkeys. The babies will be pulled 8/22. (Pic is for reference only) To add one of the adorable babies to your family please contact Tracie at 417-664-3876. Babies will come with their blankey, bottle, usda paperwork and... 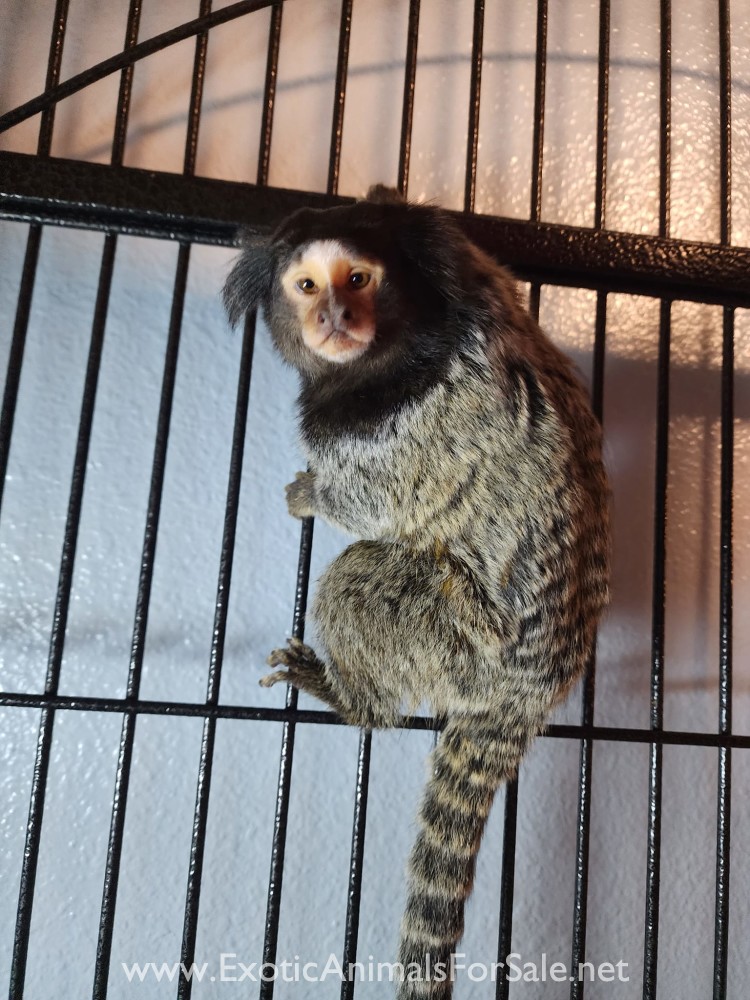 READ ENTIRE POST BEFORE CONTACTING. Male Marmoset, 14 months. Was hand fed, will make a good pet with some work, or will make a great breeder or display. Primates do not do well with kids, so if you have any in your home, please don't ask. If...

Have to move back up north and monkeys won’t do well with weather. Breeding pair of cotton tops. Please text only for more information. Thanks

Have to move back up north and monkeys won’t do well with weather. Monkeys are still young and ready to breed. Looking for loving home for them. Please contact me through text only for more information. Thanks! 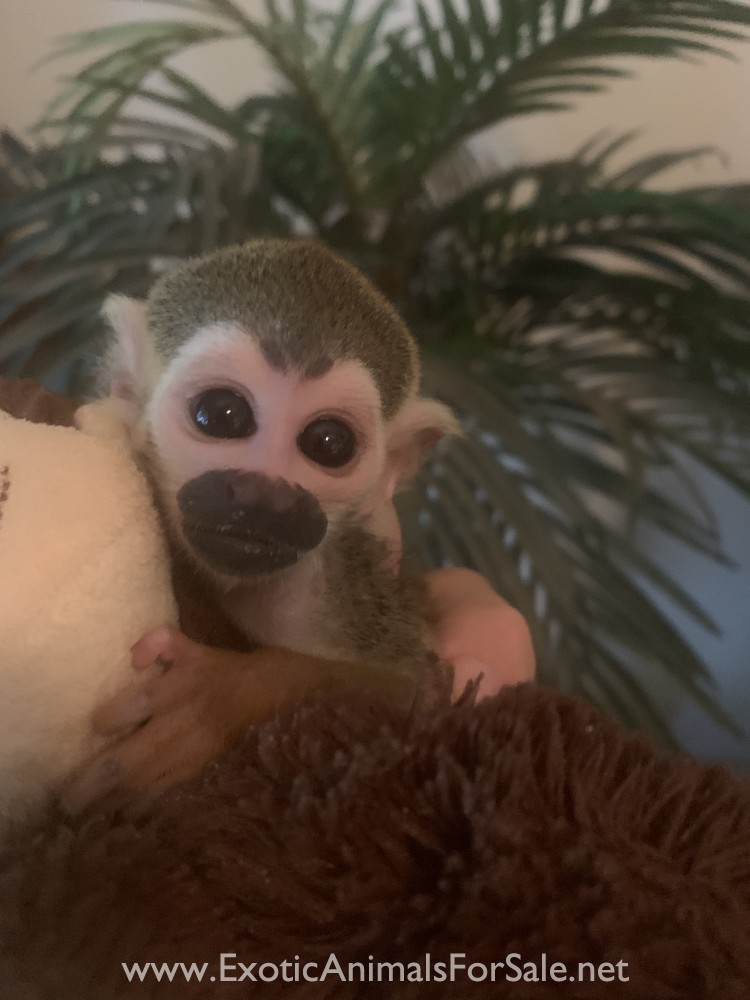 Sweet baby squirrel monkeys available now . They come with a complete starter package and instructions. We are available after the sale to answer any questions you have . Delivery may be available depending where you are located for an extra fee . I... 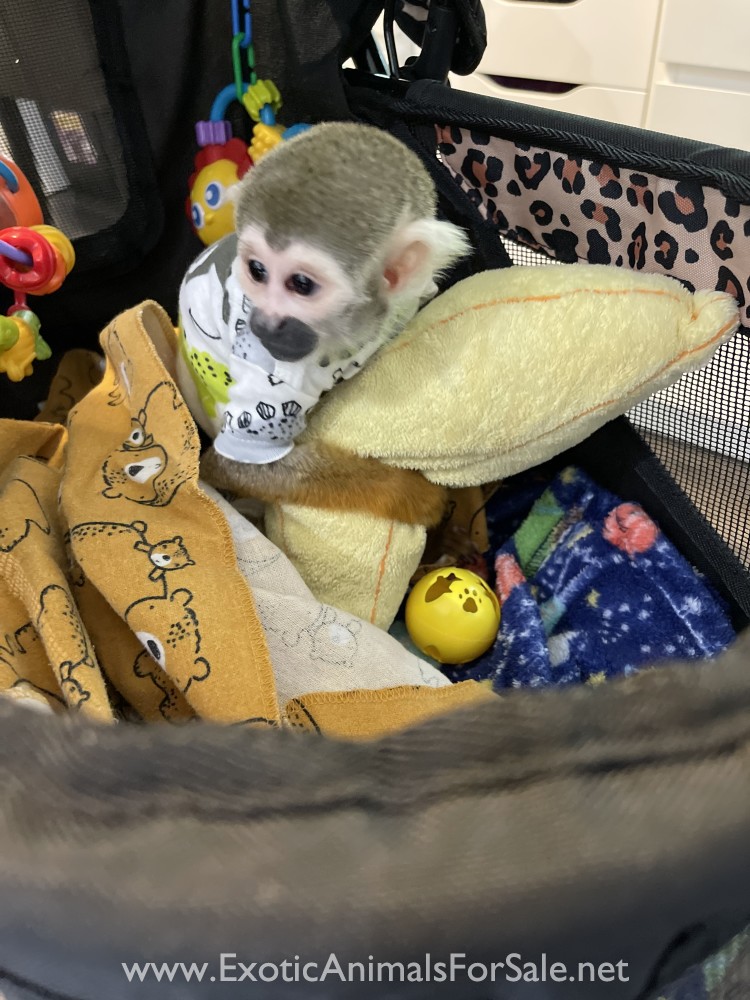 Extremely Tamed! Bottle fed, indoor raised. Very spoiled! 3 yrs old! Must already have a female & looking for companionship is the only way I will consider. Serious inquiries only! Don't waste my time nor yours! 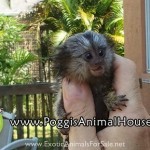 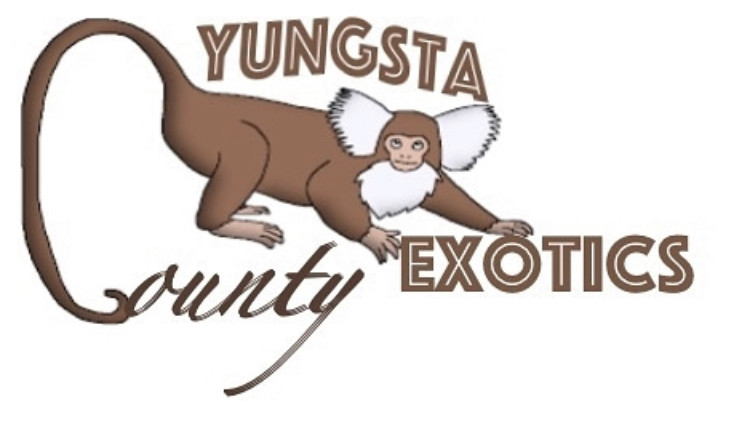 One baby marmoset available also i have baby cotton top tamarins available 7863578694 and gold hands during season! u must be a Florida resident only due to endangered species law . Please contact me at 7863578694

BABY SQUIRREL MONKEYS FOR PICK UP OR DELIVERY !!! FINANCING AVAILABLE . VERY HEALTHY !! NOTE: WE DO NOT DO BUSINESS BY TEXT OR EMAIL. WE ANSWER ALL QUESTIONS ON THE PHONE ONLY. PLEASE PROVIDE YOUR FULL NAME , WHAT STATE YOU LIVE IN AND YOUR CORRECT... 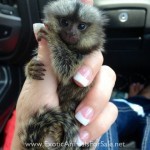 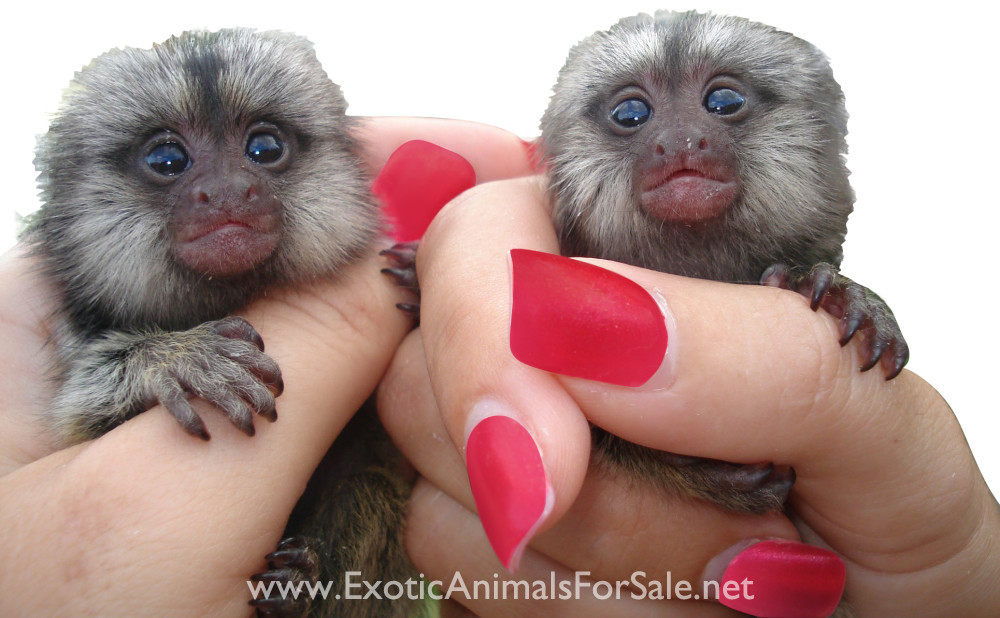 Good housing for a monkey would be the largest cage that you can afford money and space wise. A regular parrot cage is not suitable. A cheaper route to go is to build one yourself. You can have a big outdoor cage so that your monkey can enjoy the sun and fresh air. In the cage you should have plenty of enrichment. Enrichment includes foliage, hammocks, ropes, tunnels, bath pan, and toys. You can make your own enrichment like taking a cardboard box and cutting a few holes in it large enough for your monkey to fit his hand in. Fill the box with treats and hang in in the cage. There are many foraging toys that you can make with stuff you can find in your owl home. Do rotate the toys and reorganize the cage so that it keeps your monkey from being bored. Also in the cage you will want to include a heating element depending on the temperature in the house or outside. Make sure to keep the cages clean and disinfected at least once a week if not more. This will help your monkey to stay healthy and not get diseases or parasites that can possible pass to you. As the owner, your responsibility is to keep your monkey happy and healthy.

You will have to highly supervise your monkey when he is out of his cage. Remember, they have an opposable thumb like us and can manipulate objects. They will figure out how to open the cage door, cabinets, fridge, etc. You have to treat them like a 2 year old that gets into everything. Have a room that is monkey proof for you and him to enjoy time together. You can have a swing hang from the ceiling, ropes from wall to wall, and other toys throughout the room.

There is a commercial primate diet that is available but might have to be special ordered through a local feed store. Monkeys do enjoy a variety in their diet as they are omnivorous creatures. You can feed him crickets, grasshoppers, and meal worms along with fresh fruits and vegetables. Some people food can be fed also. Before feeding anything, make sure it is not toxic to your monkey.

Below are a few species of monkeys that people have as pets.

Old world monkeys -
Macaques. These are large and powerful monkeys. There are many different species of macaques. A few of them are the Celebes, Rhesus, Stump tail, Lion, tail, Pigtail, and Java.

Guenons. They are long lived, up to 40 years. Their facial skin changes from a cream colored when born to a black by the age of 6 months. Two species of guenons are the vervet and green.

New world monkeys -
Marmosets and Tamarins. They are the smallest primates being only 6 inches tall and about 1 pound. They pygmy species are smaller in size. These species do have a natural musk smell similar to a ferret.

Spider Monkeys These guys have very long legs, arms, and tail. This group does have a true prehensile tail but does not have a thumb. Spiders are long lived, up to 40 years.

Capuchins. These are the ones that you see in movies and TV shows. They can live up to 40 years.

Squirrel monkeys. They use their tail as a balancing pole and as a tool. Squirrels prefer to eat berry fruit. They live up to 20 years.