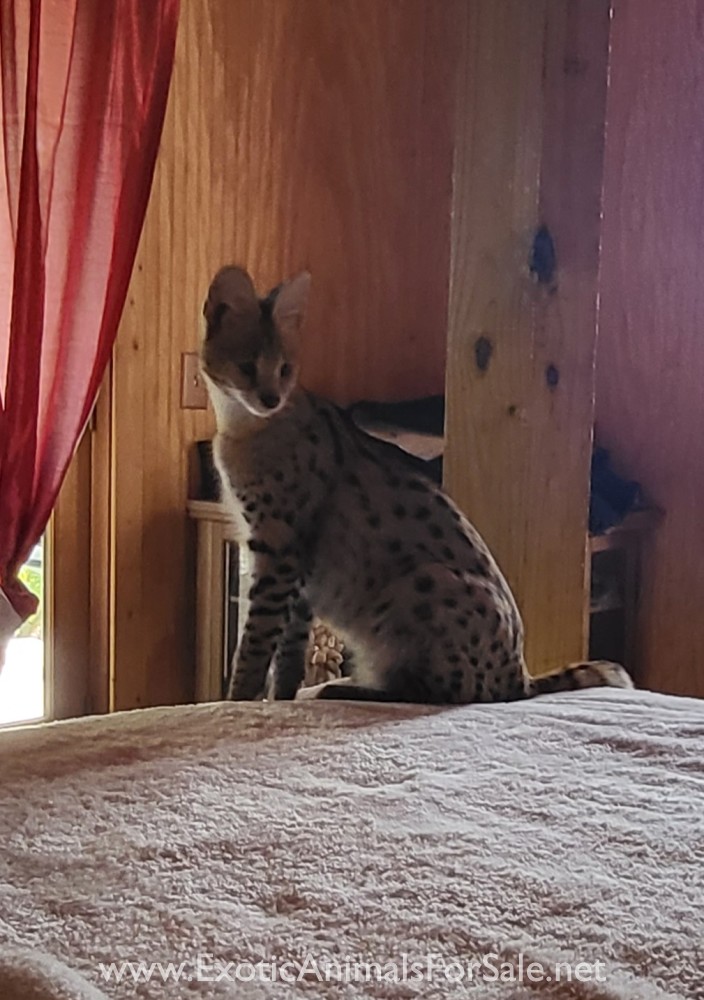 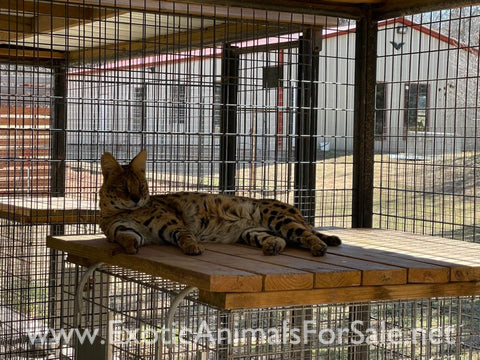 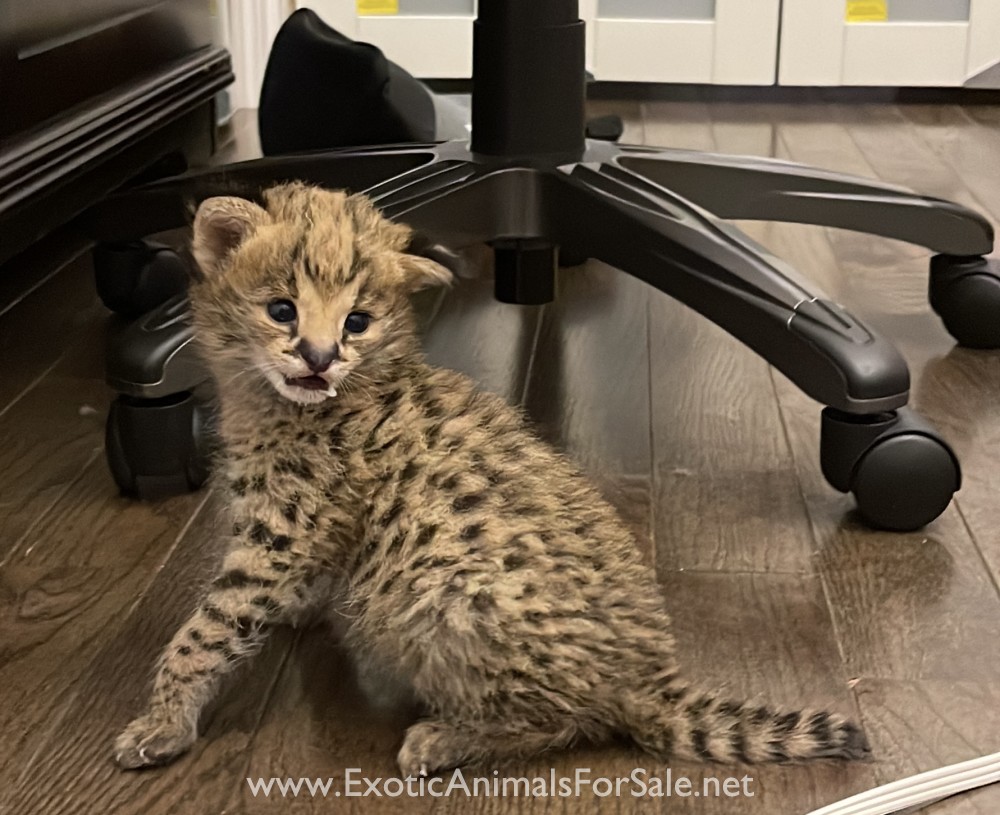 These adorable male servals are ready for their new homes!! They come with USDA paperwork and all the help you need in raising them!! If you would like to add a baby male serval to your family please contact Tracie @ 417-664-3876! Please k... 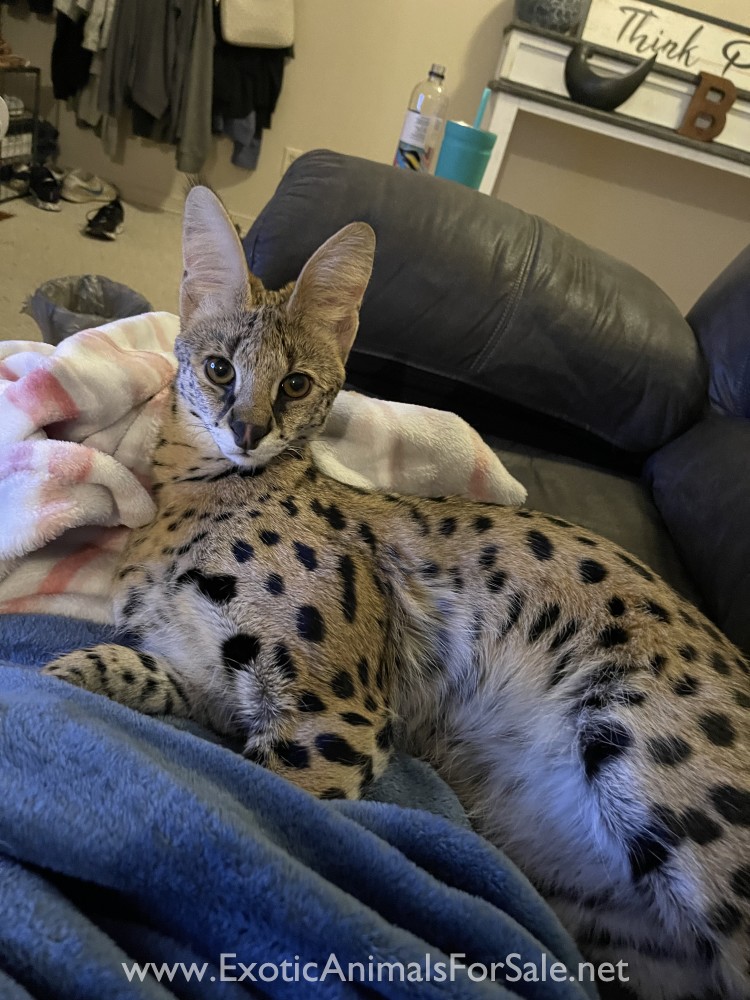 11 month old female African serval available fully intact. Very sweet and loving. Looking for a new forever home. Reach out if you have any additional questions 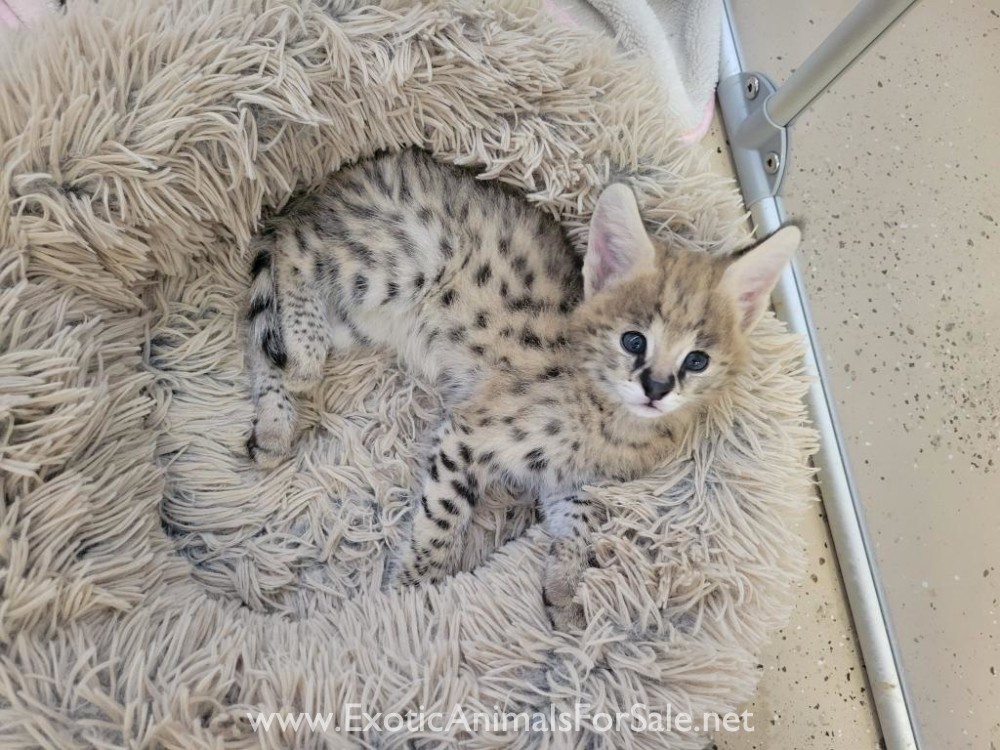 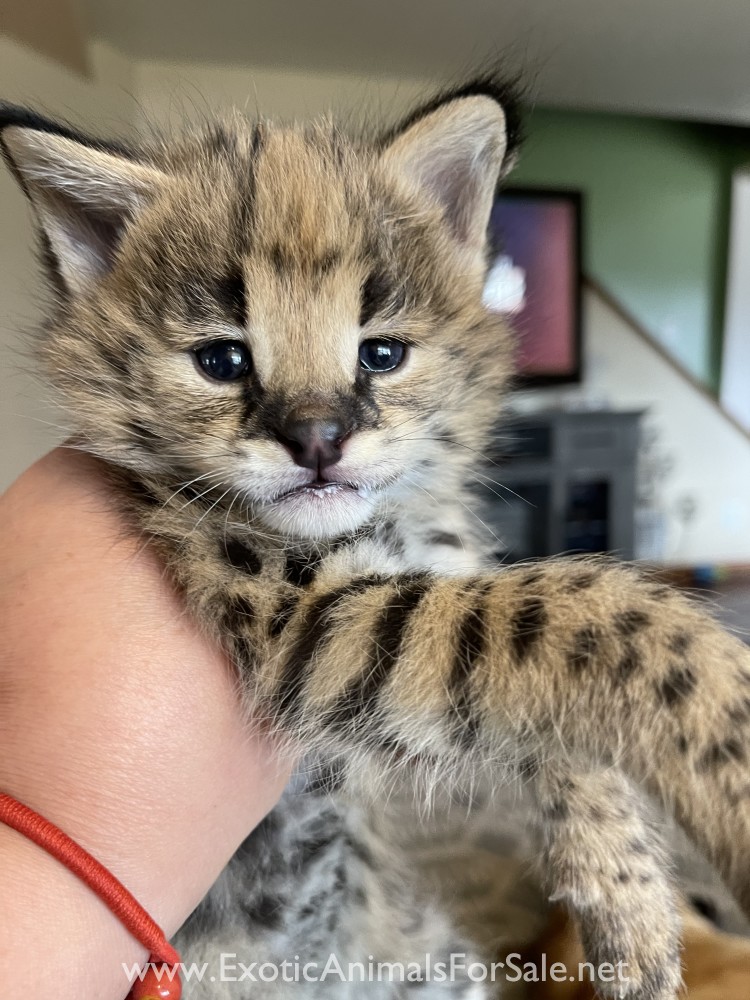 We have 3 Male African serval babies they were born Oct 19th. They are currently being bottle fed and are around other pets. Please make sure you live where they are allowed. If a permit is needed we would need to see that. Please check your local la... 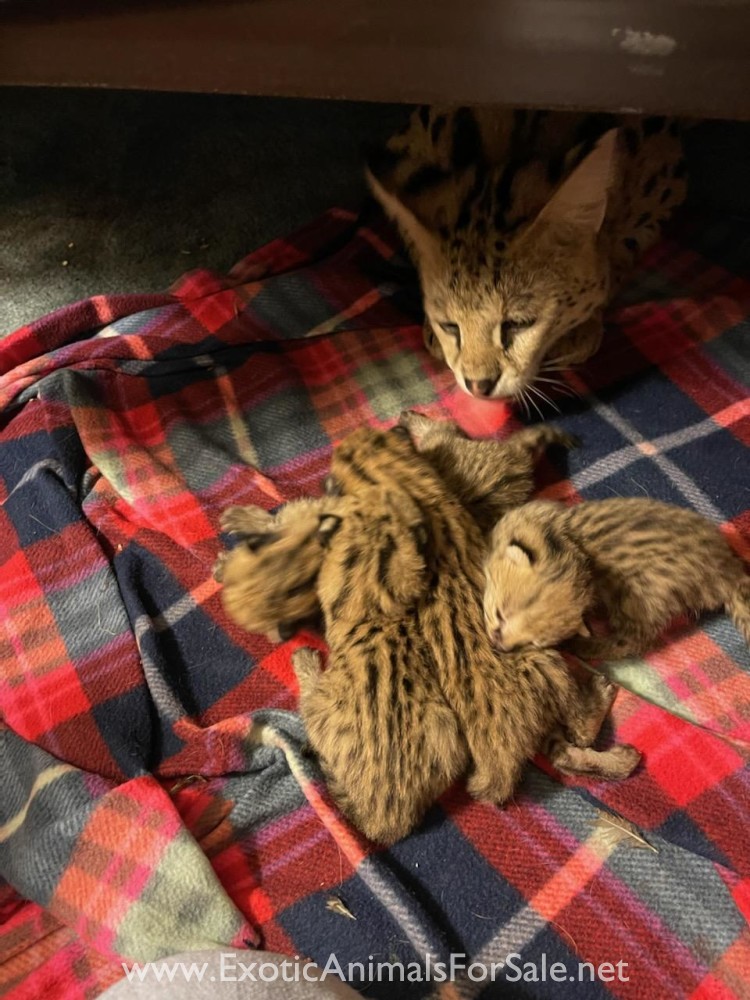 Serval kittens dob 11-8-22. Ready to go in 8 weeks. They are highly socialized and come with health certificate, mentoring, and first shots worming and flea meds. USDA LICENSED. Contact me at 334 449 2443 to reserve one. Also go to my website for mo... 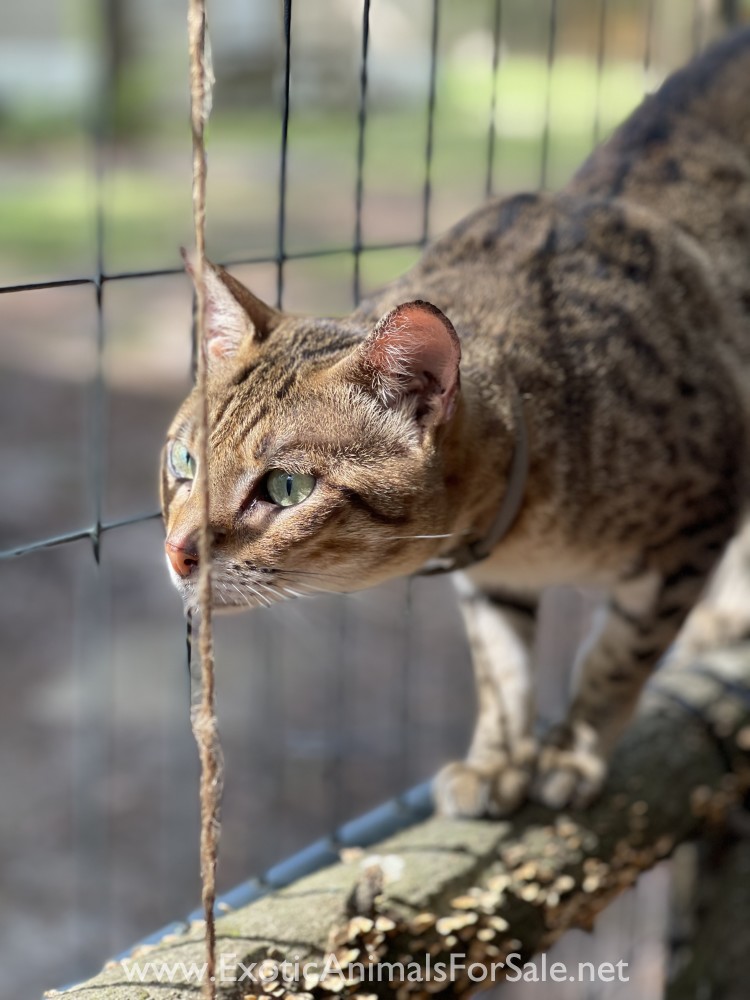 Offering 2 different studs Both are TICA registered and dual registered cattery with TICA & REFR F5 SBT Savannah Jagermeister of A1savannahs: $1000 Jager is a hybrid of the African Serval, has a soft mink coat which he passes on as one of his dor... 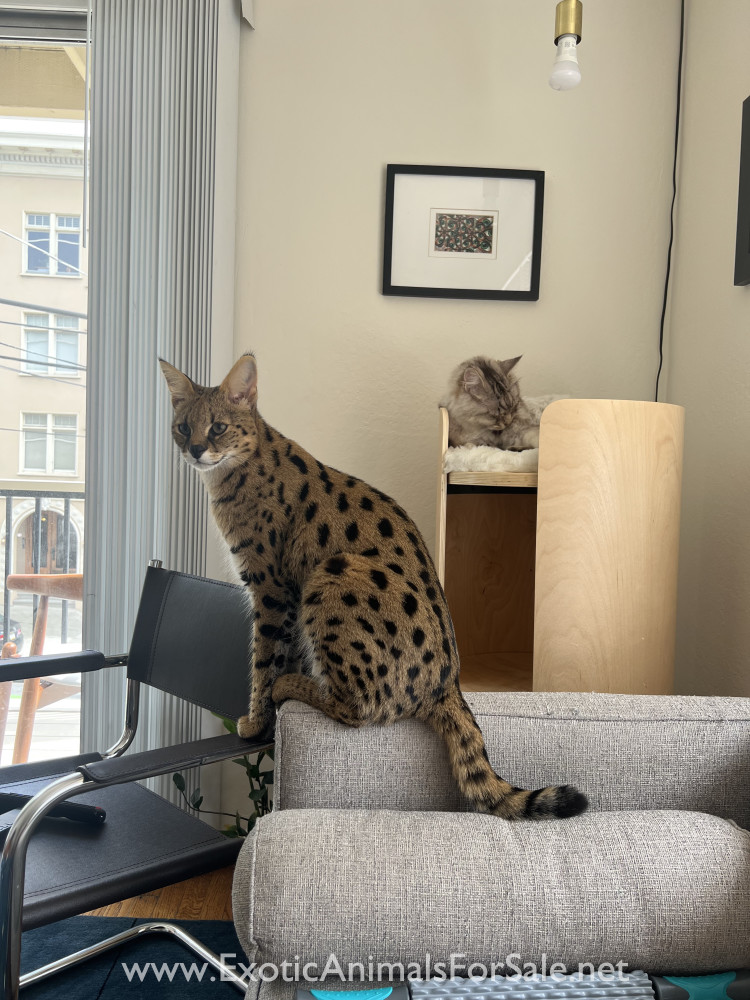 I am looking to rehome my adult savannah cat (2 years old). He is 75% serval and has beautiful features and markings. He's a wonderful pet, but my financial situation has changed and I simply cannot afford to take care of him how he deserves to be ta... 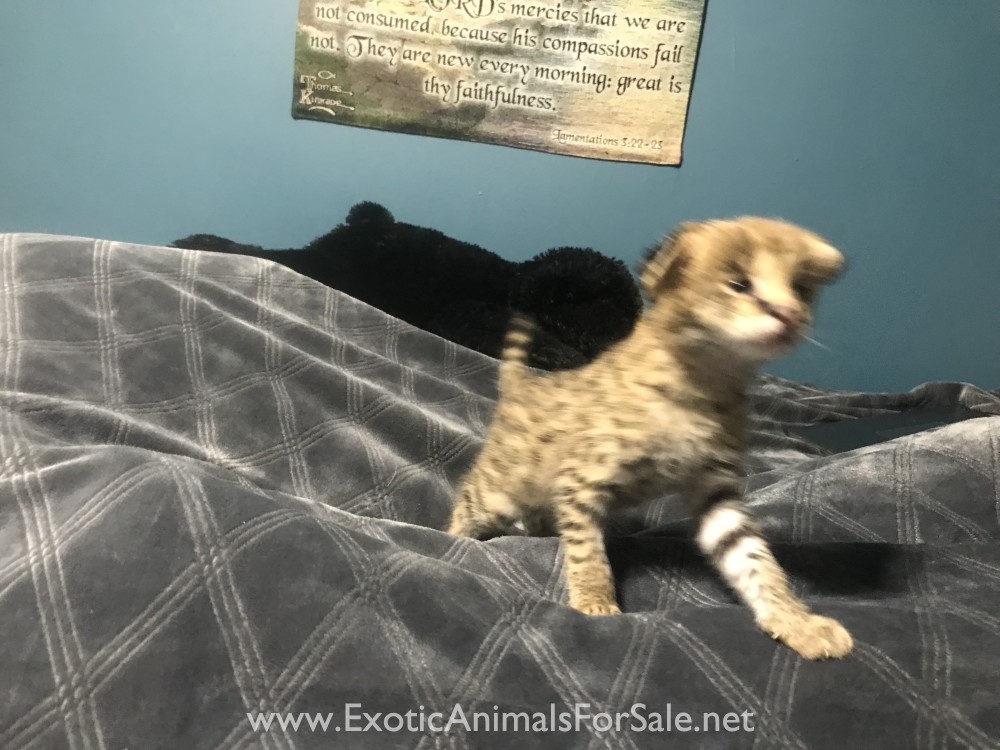 Adult male 2 years old,Breeding serval for sale, this male has been proven for breeding, Experience with serval is recommended,also a enclosure is a must, BOD is 10/13/2020. self pickup or delivery .text me at 847-962-0357 .

beautiful femal seval for sale, use for breeding or home pet, she is very nice to people, very playful, BOD is 05-21-2021 Available for self pick up or Delivery, contact me for more information if you interesting on her.