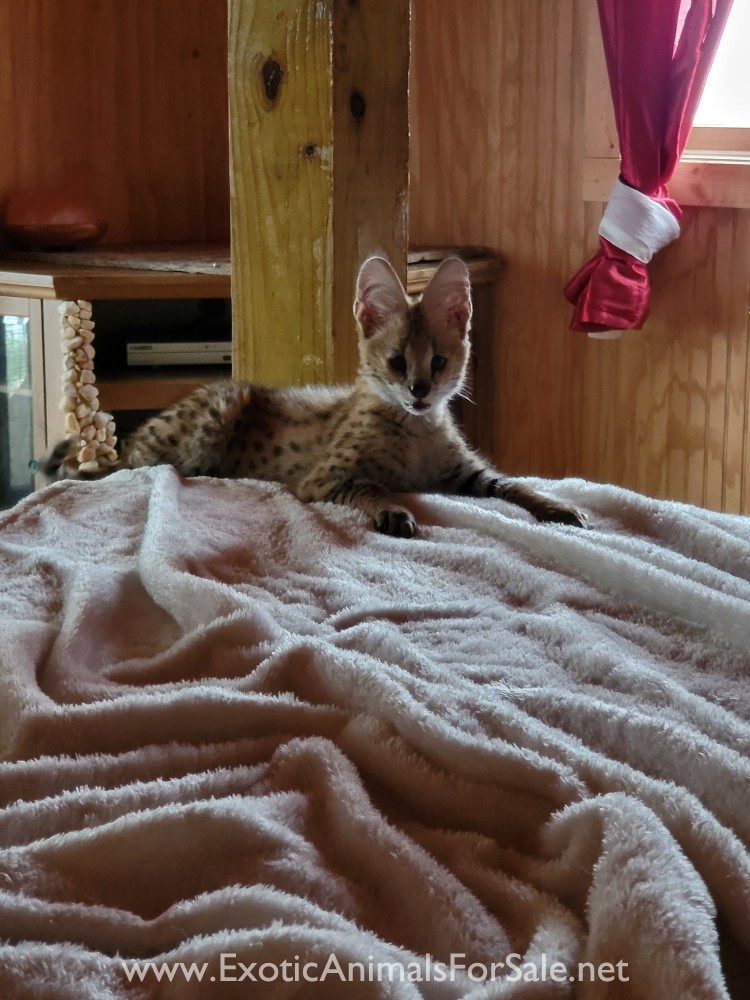 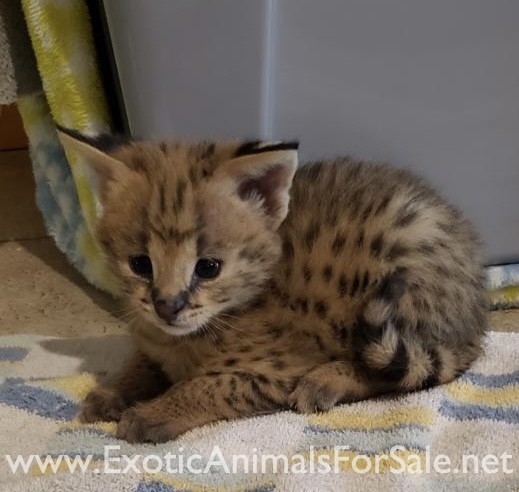 Bottle fed serval kittens, ready to go to their new homes now! Males and females available. They’re super well socialized and so friendly. They have great temperaments. They’ll go home with USDA paperwork and care/feeding instructions. We will spend... 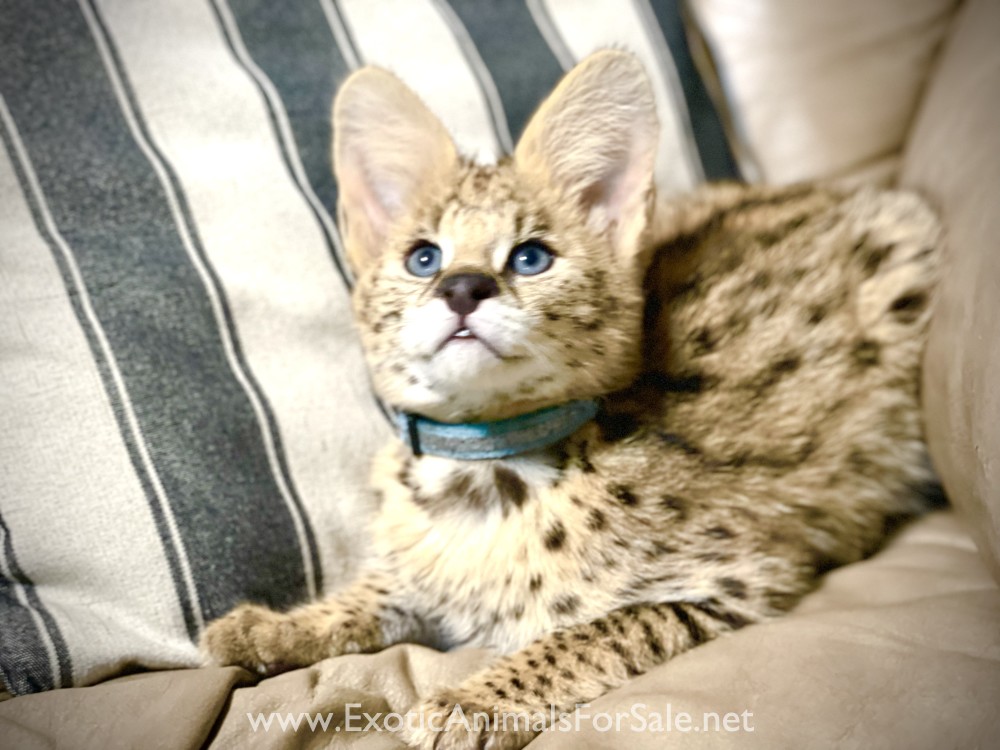 We have a male serval kitten with blue eyes ready for his forever home! We are selling for $5000. Our servals are some of the most socialized servals you will ever find - we have references to back our claim! Please do your research on how to care fo... 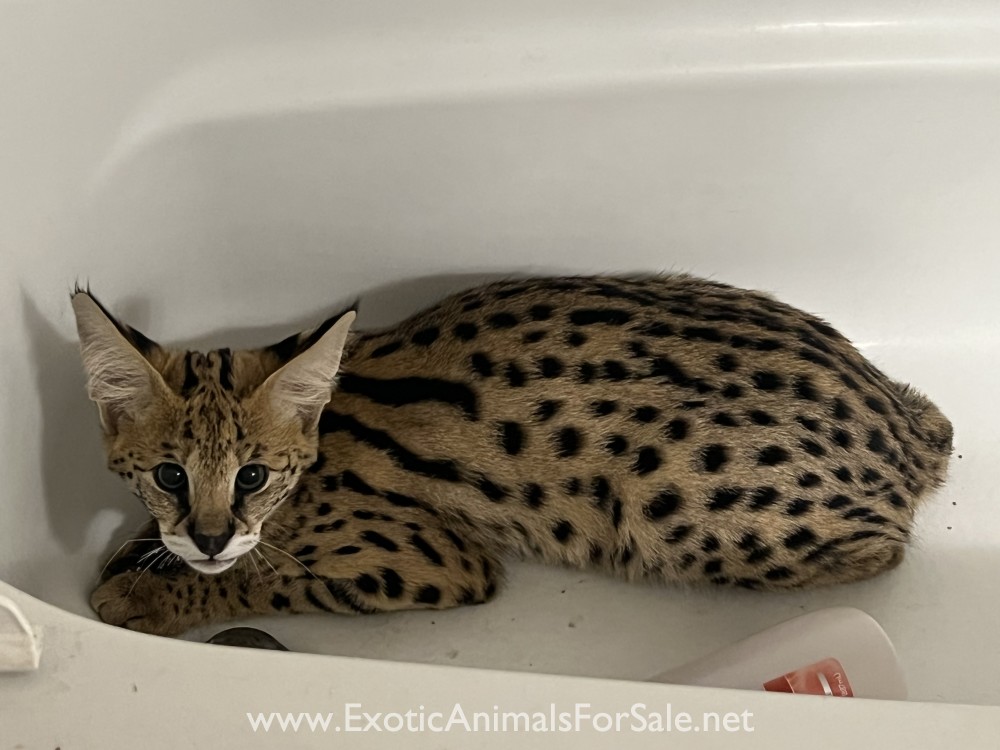 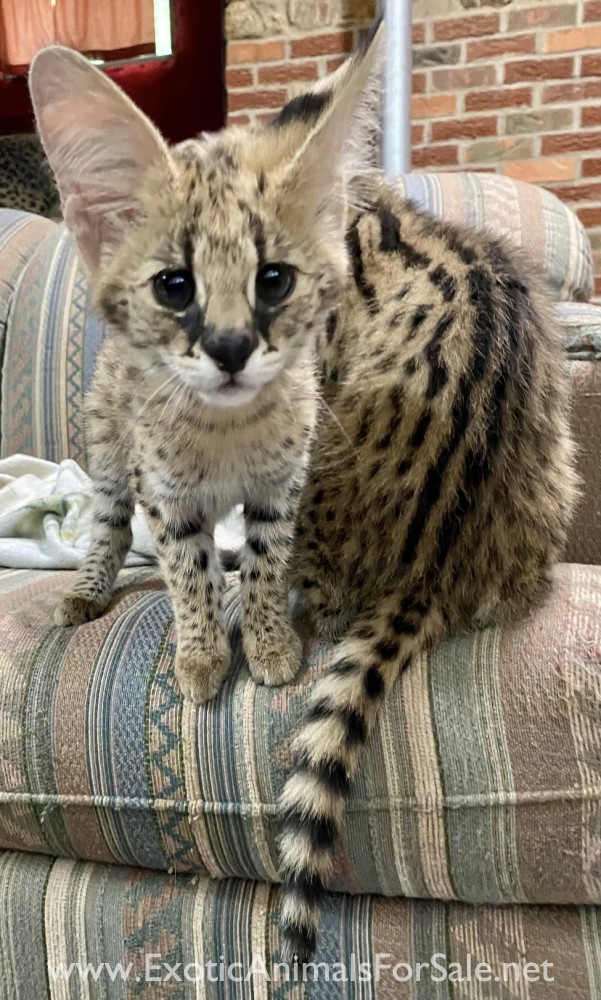 Brother and sister servals. These two are affectionate, playful, bed buddies. Eating ground chicken but still want a bottle. First vaccine given. Healthy cats that need plenty of love and stimulation. Ready for adventure and a new life as family comp... 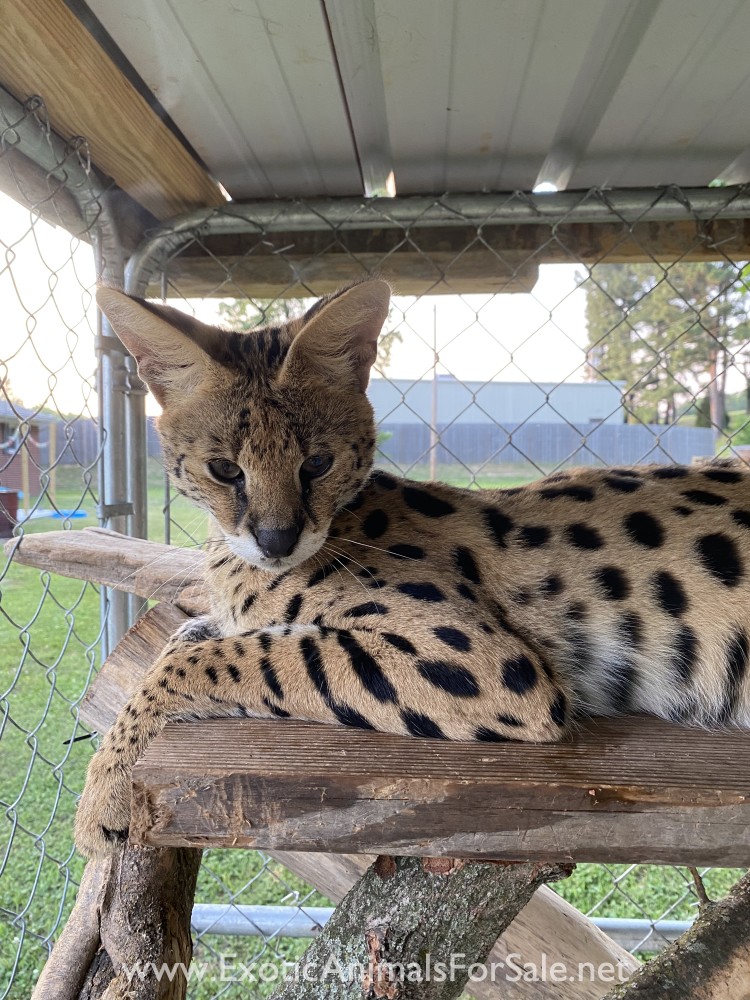 African serval 2 years old. He has been kept outdoors needs retaining for human interaction is friendly when he wants to de please call if interested

Super well socialized Serval kittens, ready to go home now! They will come with USDA paperwork, some starter supplies and care/feeding instructions. We spend as much time with you at pickup to make sure that you are comfortable and confident in takin... 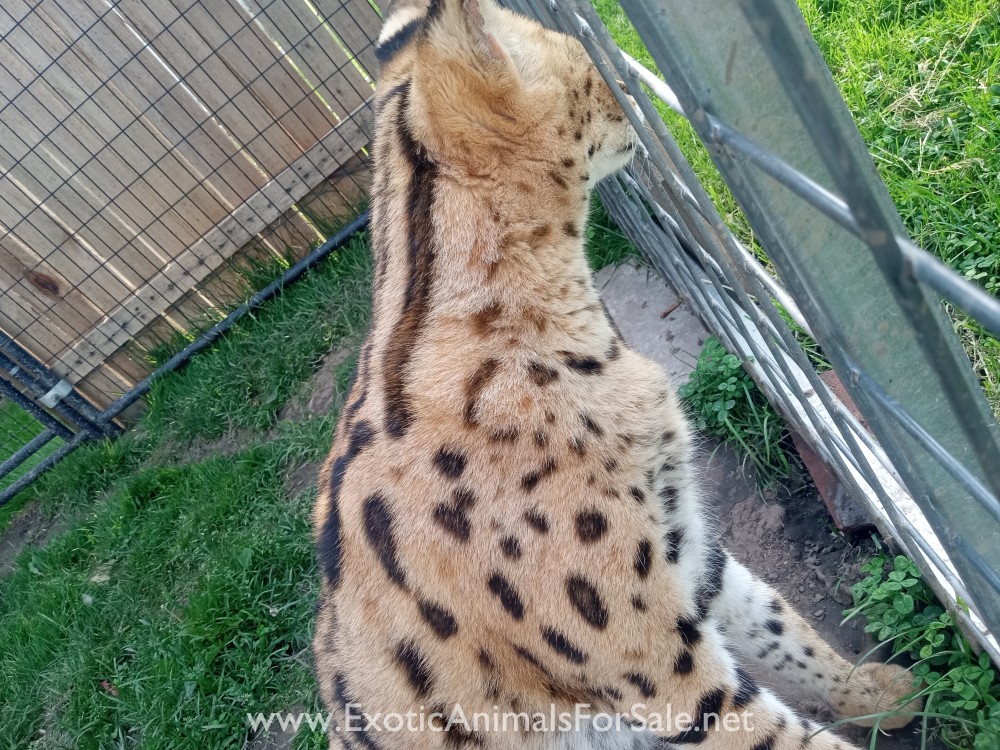 We have a pair of servals for sale that just gave us three kittens this year. We are keeping the kittens and getting rid of the adults.$7500 for the pair. 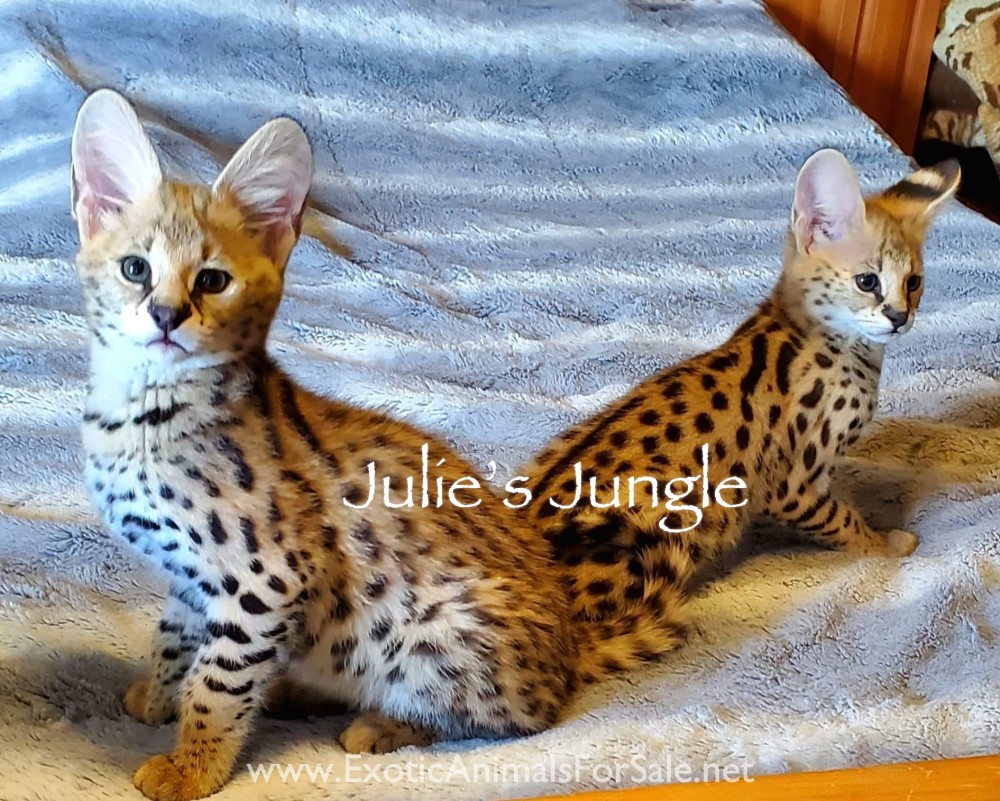 Ready for you to pick up and take them to their forever homes. These are NOT hybrids but 100% Serval so it is very important you know your laws. $4800 each. Pensacola Florida. USDA and Florida Fish & Wildlife facility. 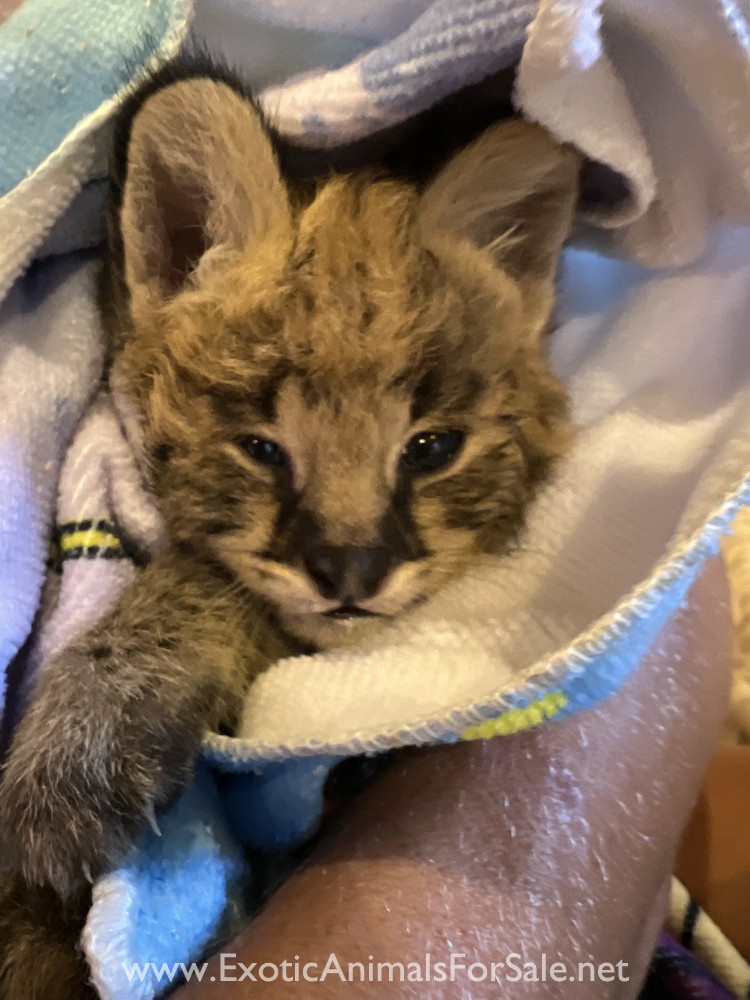 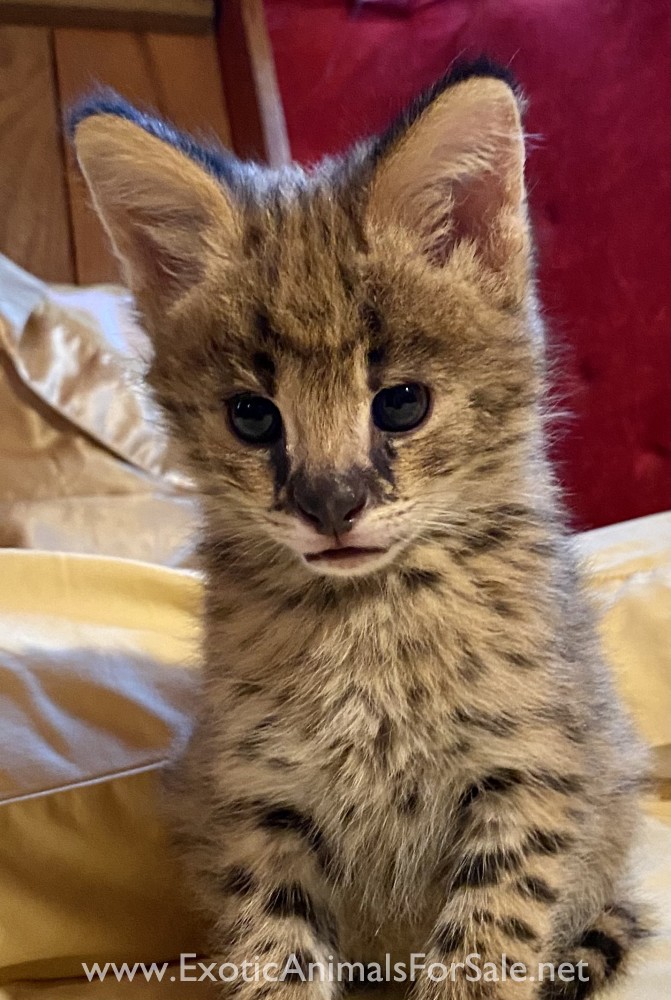 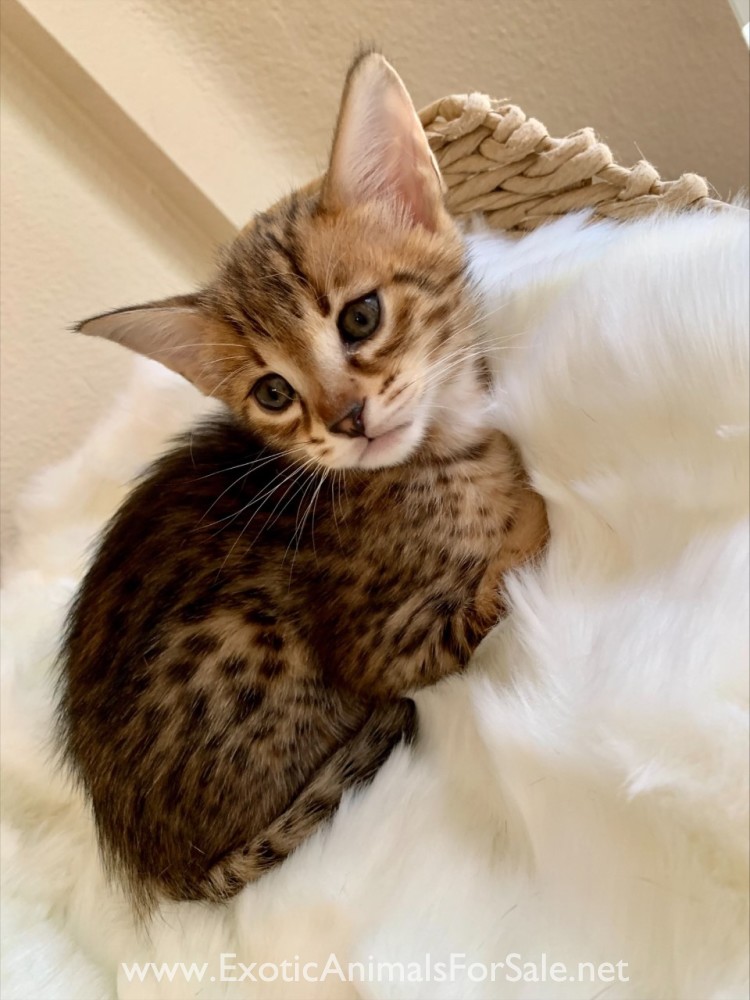 Two beautiful high percentage F3 Savanah kittens available from Lakewood Ranch Savannahs! One male and one female. These little ones were both born on 6th May and will be ready to go sometime in mid to late July. They have the loudest purrs I have... 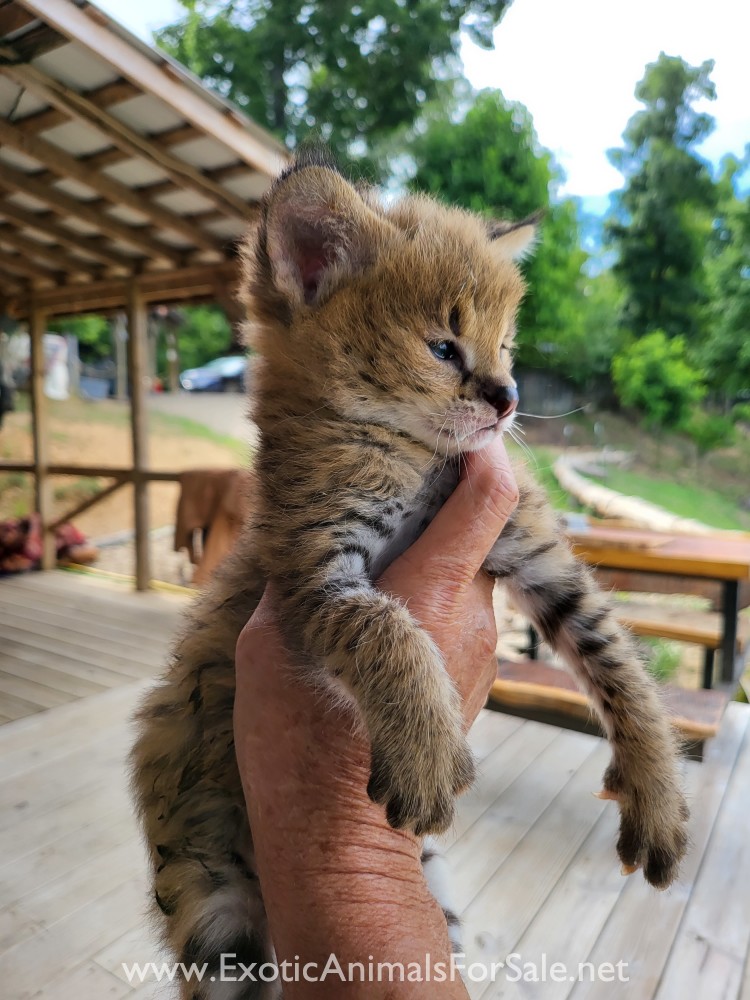 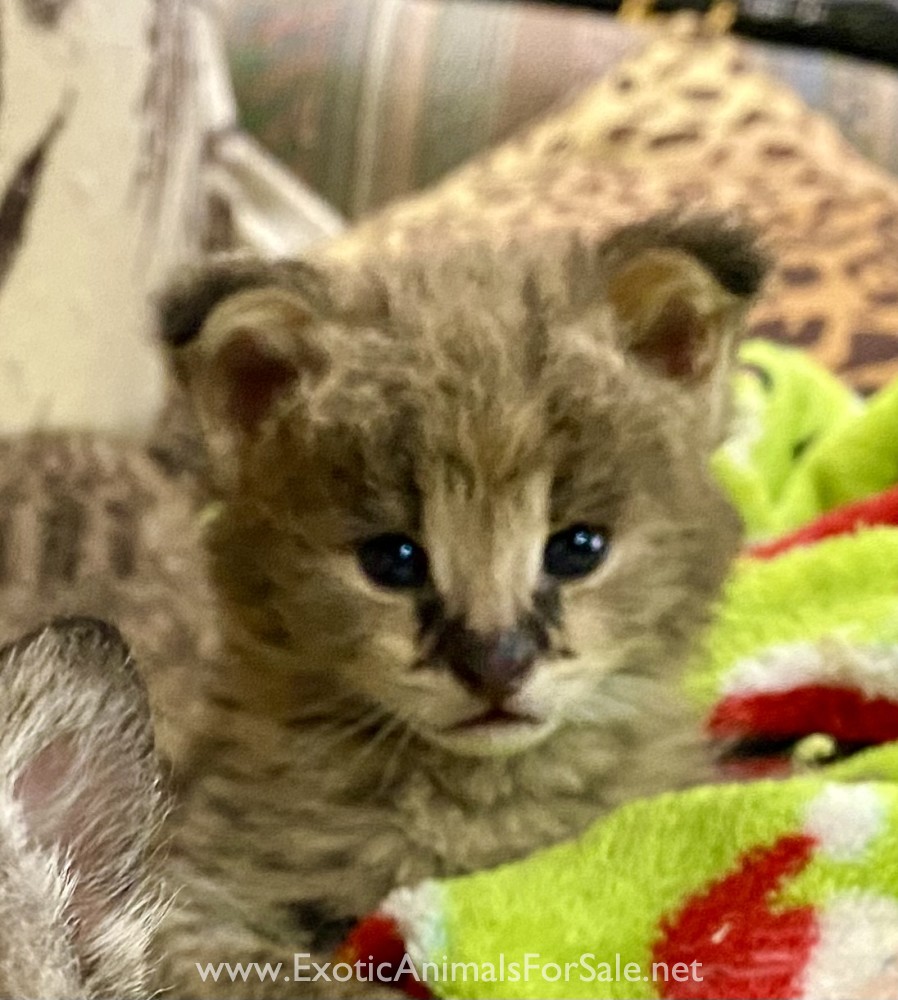