Owning a pet is what practically everyone wishes for. There are just so many animals that people can keep as pets. The pet you keep all depends on your personal tastes and preferences. Other individuals on the other hand decide to go all exotic and try different pets that are not common; for instance keeping zebras. Why would someone want to keep a zebra as a pet? Well, there are so many interesting facts about zebra that endear them to people around the world. Here is a short zebra overview that might make you want to keep one or two as well. 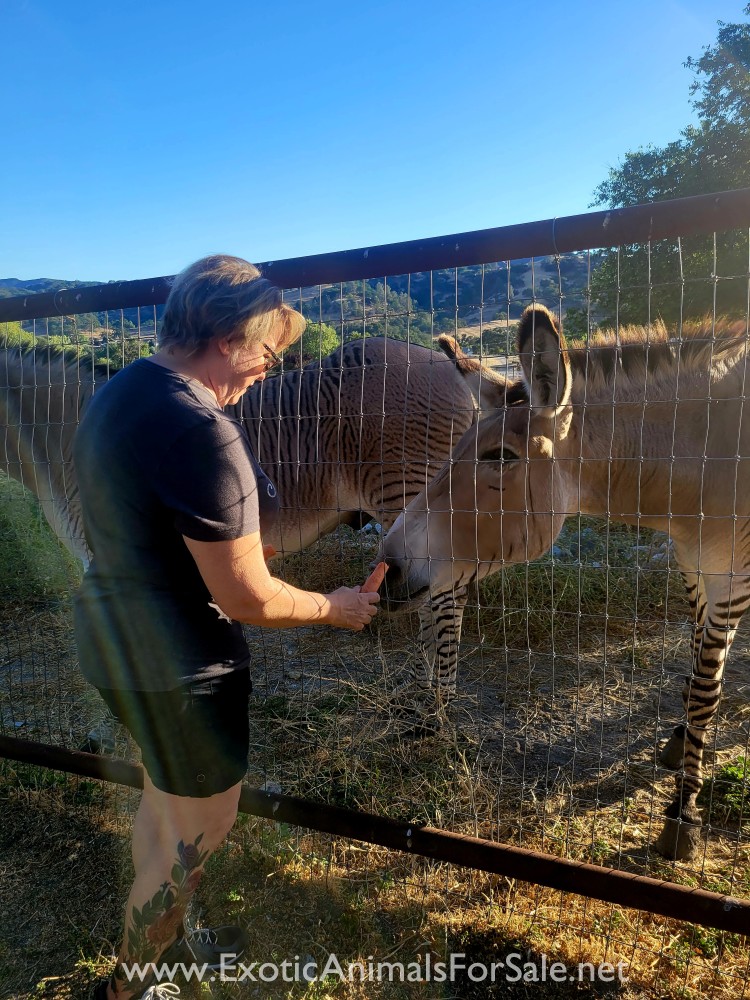 ZEDONK PAIR Great For Begginers SO SWEET AND KIND!

TWO RARE ZEDONKS! Must stay together. They have been together forever. Great for begginers. Love kids and other animals.Super safe to be around. Especially for children. Been used in a therapy program for veterans. Grevy zebra /mammoth donkey cross....

I have a yearling Zebra stud, no shadows. 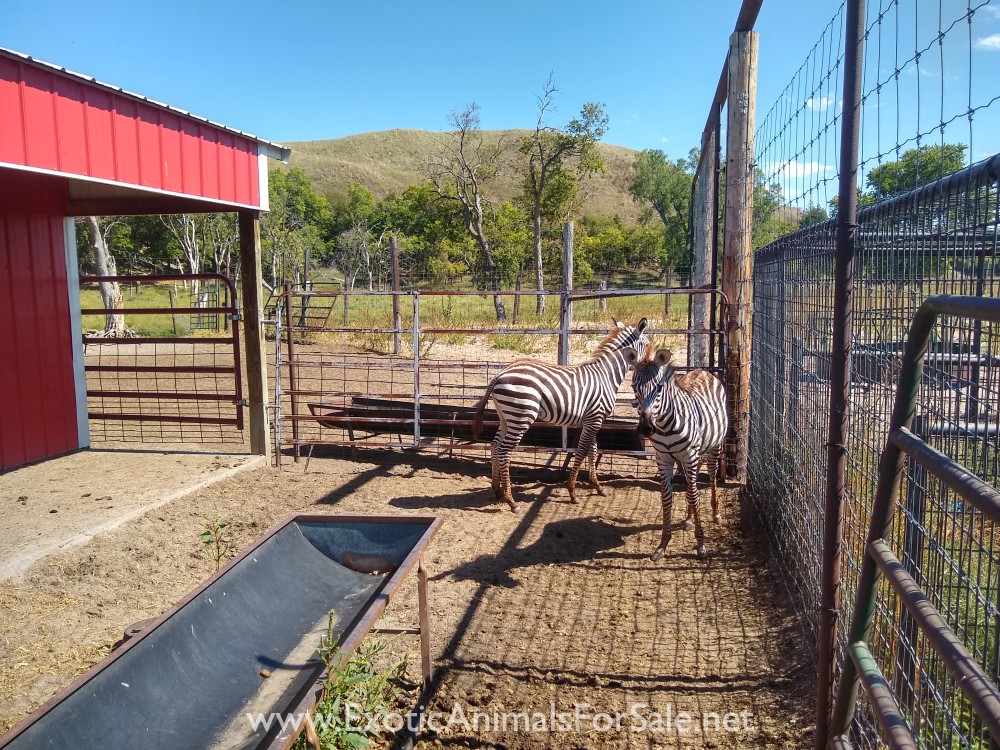 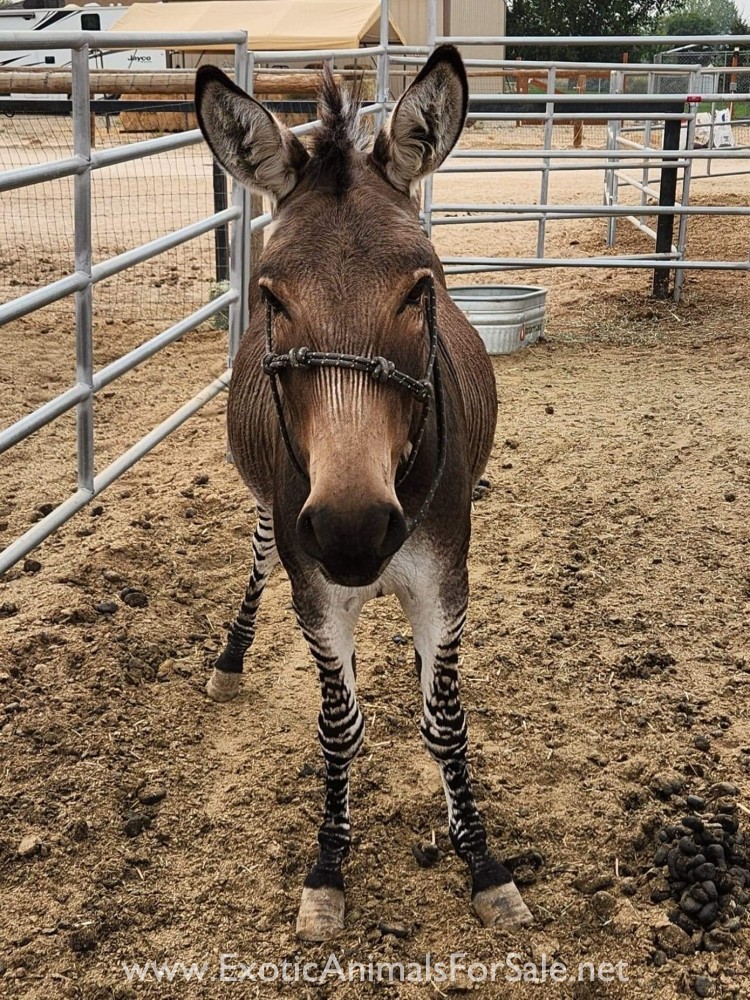 Meet "Barcode" AKA Bandito. I am looking for a new home for him. He is to much for us to handle and is not progressing the way we hoped. He would benefit from an experienced person or family that would give him consistency and time that will help him... 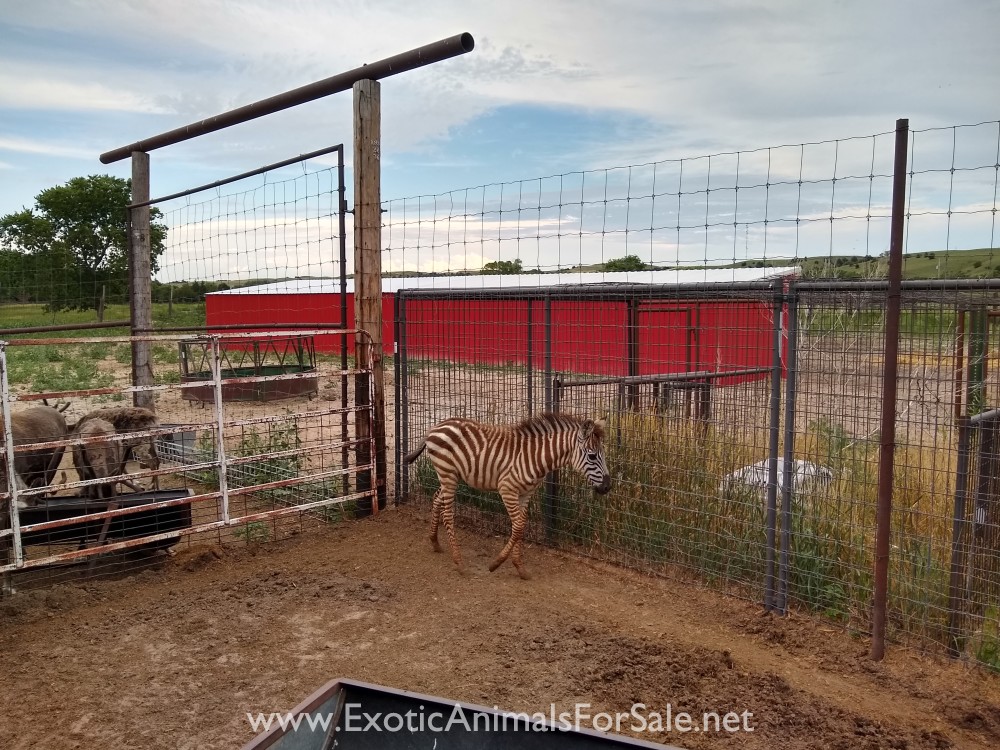 Scapes is 5 years old amazing zebra halter broke. I can walk him around. Site on his back for a short time. Love attention. 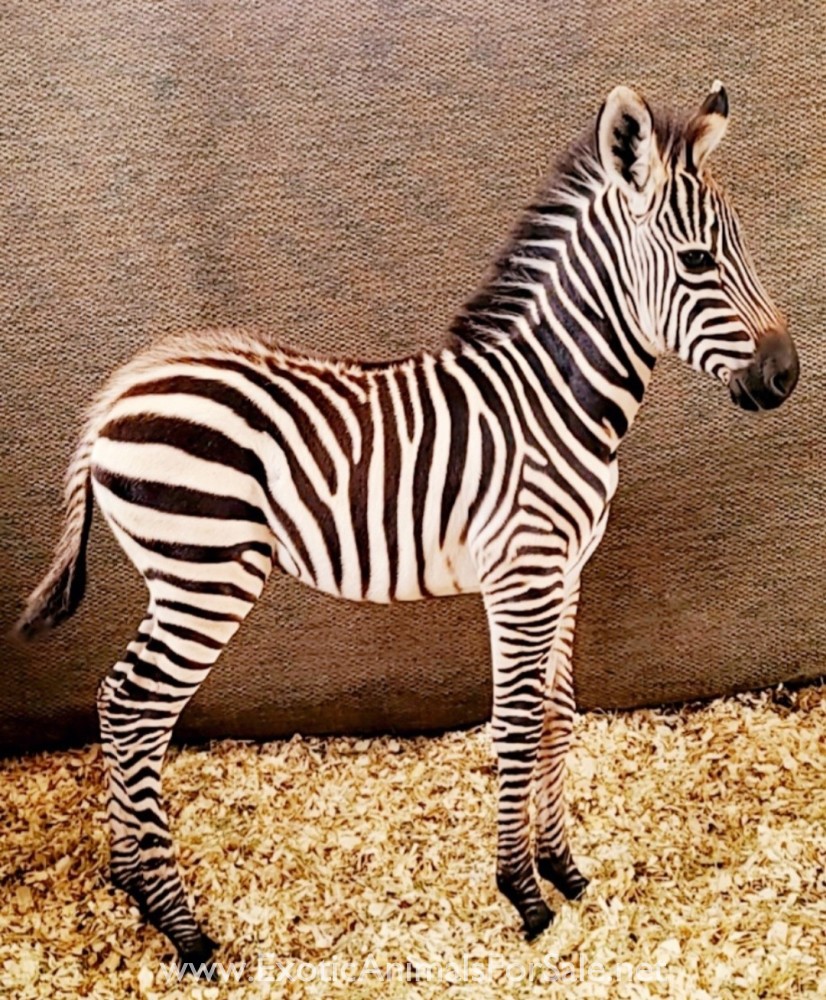 Perhaps the most interesting fact about zebras is their stripes. What many people do not know is that the stripes of the zebra are unique to each individual. They are kind of like fingerprints on a human being. No two zebras have the same stripe pattern. They therefore use these stripes to identify each other in a group.

The stripes also vary from one species to another. The Mountain and Grevy’s Zebras have stripes narrows than those found in other species. The underside of these two species is usually white. The Common Zebra on the other hand is covered with broad stripes all over its body.

Zebras inhabit plains and open grasslands. They are very common in East and Southern African regions. The Common Zebra is found throughout East Africa while the Mountain Zebra is often spotted in mountain grasslands in South West Africa. Grevy’s zebra is limited to arid grasslands and it is the largest of the species of zebras. The tropical temperatures are considerably high in most of these regions and the rainfall is abundant. They lack good camouflage in these areas and therefore they rely heavily on being in groups.

Zebras are extremely social animals, they even fall asleep while being close to their neighbors. They can even sleep while standing. This enables the zebras to be warned of any impending danger. On top of that the zebras in groups are able to defend each other. In the event that a zebra is injured by a predator, other zebras might surround the injured one to defend it and try to fend off the predator if possible.

While with most animal species the mother is the key parental figure for zebras both parents are considerably important. Young ones bond very well with their mothers. The mothers are very protective of their young and will continue to feed the young with milk for about a year. Young male zebras have been known to form very strong bonds with their fathers. Zebras can run at speeds of as high as 40 km/h and they do so in a zigzag movement. This enables the zebras to escape from their predators.

As aforementioned, zebras prefer open spaces. Keeping a zebra is more like keeping a horse. A horse stable will be more than sufficient when keeping a zebra. However, make sure that there are large fields where the zebra can graze freely. This being an exotic animal, it would be wise to seek the permission of the local wildlife service body. Make a point of ensuring that the stables are always clean.

Zebras are herbivorous animals. They feed solely on grass, leaves and buds. They may eat soft roots during a dry spell but when keeping a zebra as a pet you should ensure that hay is in no short supply. The diet of a zebra is quite simple though. As long as grass is available and enough water is provided, your zebras will be good to go. Zebras drink a lot of water. So just as the hay, let there be plenty of water for the zebra to feed. Zero grazing does not work so well with zebras. For enrichment you can allow the zebras to graze freely in the fields. There are some nutritional supplements for zebras. Saltlick and molasses can also be used although it is not all that popular.

Vets who deal with horses, donkeys and even cows can also treat various zebra problems. You will be glad to know that zebras are not afflicted by the numerous health problems that affect horses and donkeys. As a matter of fact, zebras have been known to be quite resistant to a variety of pests and diseases. They do not require quite a lot of vet care as do most other animals.

Zebras will naturally interbreed with members of their own species to produce fertile offspring. The gestation period is usually between 10 and 12 months. The young zebra will take about three years to mature fully. The weaning period lasts for about a year. The foal (young of a zebra) is fully weaned by the eleventh month after birth.

Zebras have been interbred with other animals of different genetic group such as the donkey and the horse to produce different hybrids. A zebra interbred with a horse will produce a young one known as a zorse. A zebra and a donkey produce either a zedonk or a zonkey- depending on which of the two is the male. If the male was the zebra then they produce a zonkey.

All these offspring produced through interbreeding zebras with other animals have the resistance to diseases and pests that zebras have. The zonkey is also notably stronger and larger than a donkey. This breeding has enabled the production of stronger farm animals especially in countries where donkeys are very popular pack animals. The only problem is that like all other hybrid offspring, these hybrids are totally infertile. They cannot reproduce themselves.

Legal matters
Just as it is compulsory in some places to obtain a license to keep horses, they same must be done for zebras. Keeping a zebra as a pet is illegal in some places. Therefore, as above mentioned, it would only be to your benefit if you checked with the relevant authorities in the area.